Google is the world’s tech giant, but that doesn’t mean that it can fail from time to time. It doesn’t matter if you’re using Docs, Gmail, or Drive. There will come a time when they will fail. So, what can you do when they do stop working? Here are some tips you can try.

It’s always a good idea to try the basics first before you get into anything more complicated. You never know; maybe something as simple as cleaning the browser cache for Chrome just might do the trick. Checking your Internet connection and login out and then back in is also a must.

You expect your Internet to always be working, but it can fail as well. If you see a Trying to connect error message on your screen or if Drive takes forever to load, then there’s a good chance that it’s your Internet connection.

Sometimes it’s not you; it’s Google that’s experiencing the issue. To confirm that it’s Google, you’ll need to go to Google’s Workspace Status Dashboard. You’ll see a list of all the Google services with a green dot next to them, indicating that they’re up and running.

Turn off Your Firewall and Antivirus

It’s not uncommon for your antivirus to be the culprit of some of the issues you go through, including this one. If you’re not sure if you turned off the Windows Security that came with your computer. You need to go to Settings, followed by Update and Security. Then go to Windows Security and click on Open Windows Security. 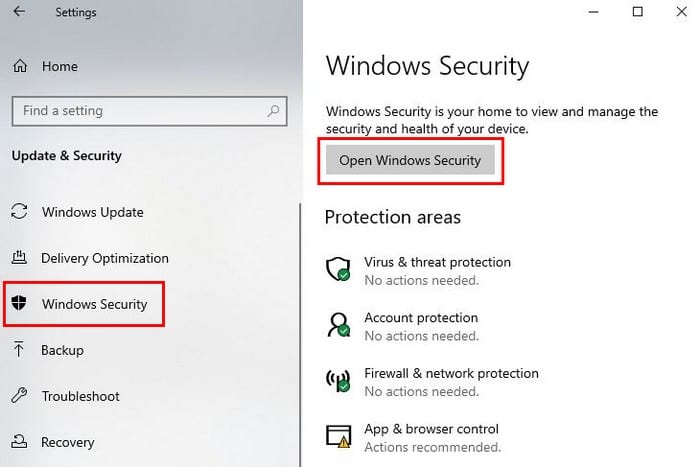 Now go to Firewall and network protection, click on your network and turn off Microsoft Defender Firewall.

Sooner or later, we’re all going to have to deal with a Google service that isn’t working for some reason. Hopefully, the problem can be fixed with basic fixes such as turning off and on your Internet connection. Is there a specific method that always works for you? Share it with us in the comments below, and also, don’t forget to share the article with others on social media.