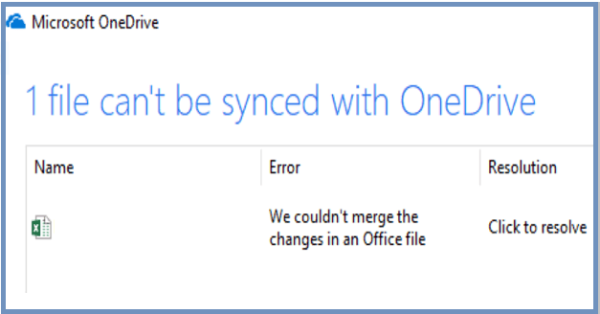 Are you facing that annoying sync issue where OneDrive says it couldn’t merge the office file changes? This error indicates there’s been a sync conflict somewhere.

Sync conflicts usually occur when an Office app closes unexpectedly. If multiple users are working on the same file, sometimes Office may fail to process all the changes successfully — hence this error.  This often happens if users open that file while they’re offline.

Sometimes, you may also notice that OneDrive has created multiple new files. Perhaps OneDrive could not merge the changes because it did not know which folder to use.

Fix OneDrive Failed to Merge The Changes in an Office File

Resetting the app helps you to refresh the sync process. It should force OneDrive to merge all your recent edits.

If Autosave is enabled with the problematic file, try turning this feature off. Autosave constantly saves the changes you make to your files. As a result, the feature basically saves a new file version every few minutes or so.

It appears that Autosave may sometimes confuse OneDrive. In other words, OneDrive doesn’t know which of the latest changes to merge. Perhaps that’s why it’s creating so many new files (one new file for each new Autosave version detected).

Many users confirmed that turning off Autosave worked. Of course, if you choose to use this method, don’t forget to manually save the changes from time to time. If you’re working on an important Excel file, don’t risk losing one or two hours’ worth of work if something unexpected happens.