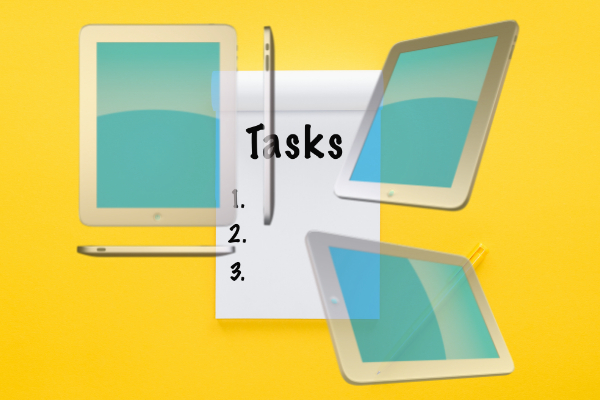 Here’s how to multitask on iPad, iPad Air, or iPad Pro effortlessly to make the most of this powerful tablet computer.

Apple included many advanced hardware and software in iPads over the past few years. The trend is also continuing for the latest iPad models. The most common are powerful systems on chips like A-series Bionic chip or M1 chip, multicore GPU, massive RAM, and Apple Neural Engine.

All these features give your iPad the computational power it needs to run multiple apps simultaneously. Thus, you can multitask efficiently on a wide range of iPad models.

Such multitasking capabilities have increased the popularity of iPad devices over Mac. That’s also because the iPadOS now boasts most of the UI features you can see on the latest macOS.

So, you might ask, how do you multitask on iPad? Read on to find the answer!

How to Prepare Your iPad for Multitasking

Most multitasking features of the iPad are available from the iPadOS 15 and onwards operating systems. If you haven’t upgraded the operating system of your iPad, it’s time you do that. Here’s how you can update the iPadOS:

Apple designs and packs the iPad to receive more than five OS upgrades.

You might want to look at these related readings to know more about upgrading the iPadOS software.

Should I Update My iPad to iOS 16

How Long Does iPhone Update Take for iOS 16.2

Which iPadOS Features Let You Multitask With iPad?

The Apple iPad, iPad Air, and iPad Pro have endless multitasking possibilities. By using the device frequently for professional and academic use, you can discover new secret recipes for multitasking.

However, the following iPadOS 15 and 16 features are the standard tools to multitask on iPad:

How to Multitask on iPad: Using the Multitask Menu

If you’re on iPadOS 15 and don’t want to upgrade to iPadOS 16, you might ask, “how do I multitask on iPad?” Well, for you, iPadOS 15 has the Multitask Menu.

Here’s how you can multitask with iPad using the above feature:

The Split Screen feature lets you work on two apps simultaneously. Both apps occupy equal spaces on the screen. Here’s how you can invoke a Split Screen session on iPad:

Multitask With iPad Using Slide Over

The Slide Over feature is an extraordinary feature of the latest iPad models. You can open an iPhone screen size app as an overlay on a full-screen app.

The small-screen app will offer all the functions it does in full-screen mode.

That’s not all. You can open multiple apps in Slide Over mode. Follow the steps mentioned below:

Do you want to open all the new apps as a Slide Over on a main app? Follow these steps instead:

App Shelf is just like the app preview in a Windows PC Taskbar. You see a thumbnail version of the app or the peak view.

For those apps that allow opening multiple instances of the same app, App Shelf will show a thumbnail of all the open screens for the same app at the bottom of the screen. You need to touch the Multitask Menu.

You can tap to open another instance in Full Screen, Split View, or Slide Over.

How to Multitask on iPad: Using Stage Manager

Stage Manager is a novel way to multitask with iPad. It’s only available with select iPad models when upgraded to the iPadOS 16.0 and later.

The Stage Manager feature works best when the device is in landscape mode. So, don’t forget to turn off Rotation Lock on your iPad from the Control Center.

Once activated, the Stage Manager will open all the apps in a windowed mode with a left-side navigation panel, known as the Recent Apps. You’ll also always see the Dock below the windowed app.

Using the Stage Manager feature, you can open up to four windows apps on your iPad. You can swap through the apps by tapping any visible part of the app overlay on your iPad screen.

To use more screen real estate, you can disable the Dock and Recent Apps from Settings> Home Screen & Multitasking > Stage Manager > uncheck the blue ticks for Recent Apps and Dock.

How to Multitask on iPad: Using the Picture in Picture

Want to take notes from a video on YouTube or any other platform while working on Google Docs or any other word-processing app on iPad? You can use the Picture in Picture feature of the iPad.

Here’s how you can start the Picture in Picture mode:

How to Multitask on iPad: Using the Shortcuts App

In the end, just run the shortcut to execute all the tasks automatically without tapping. When you work on repetitive tasks on your iPad, Shortcuts become handy since you can cut down taps and swipes to a great extent.

For example, I often use the following shortcut on my iPad when I start writing articles:

One shortcut icon is placed on the Home Screen. This shortcut can open Apple Music, Google Docs, Google Sheets, Google Chrome, and Apple Notes automatically in the last used state when I press the shortcut button.

Which iPad Are Efficient for Multitasking?

Multitasking is running multiple apps on the screen and working on them simultaneously. It’s just like working on a PC or Mac, where you can open a lot of software for school, office, or entertainment purposes.

Hence, if you want to multitask on iPad, the device must contain advanced hardware and extensive memory to execute multiple apps concurrently. If you want to find out which models let you multitask with iPad, find below:

How to Multitask on iPad: Final Words

So, these are some of the features of iPadOS that office goers, business professionals, and students use to multitask on iPad.

Furthermore, you can multitask with iPad at home too. For example, you can listen to your favorite music track, edit the shopping list on note taking apps, reply to emails, and go through your investments by opening four apps simultaneously using the Stage Manager on iPad.

Also, check out these basic and advanced iPad gestures to multitask on iPad.