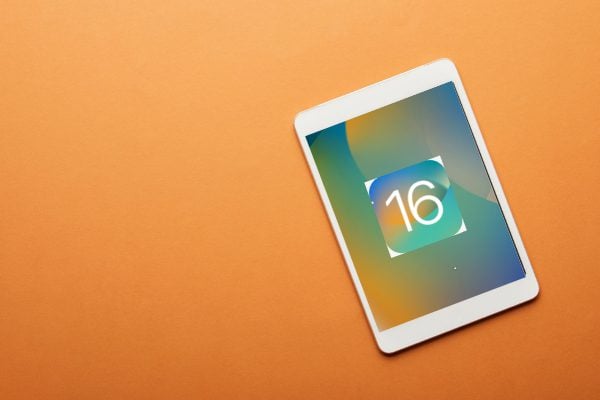 You’ve just discovered that Apple’s new iPadOS is available for your iPad. That’s great news! But, you might be asking, “Should I Update My iPad to iOS 16?” No doubt, the iPadOS 16 comes with many new apps and features but is it the right time to upgrade?

Apple is famous among smartphone and tablet users because of its dedication to product improvement, innovation, and security features. In continuation of this ritual, Apple released the iPadOS 16 packed with cool stuff that the users craved for a long time.

All such features make your iPad more customizable, intuitive, and capable to handle serious stuff like personal hobbies, academic, and professional requirements.

However, since this is a major software upgrade and Apple won’t allow you to go back to the old state once you’ve applied the update, should you update iPad to iOS 16? Find the answers below.

Should I Update My iPad to iOS 16: Yes, the Reasons

There are plenty of reasons to update your iPad to iOS 16. Apple has revamped the entire iPadOS with its 16th edition.

The focus of the modifications is on convenience, fewer taps to get the content you need, effortless sharing, more tasks completed in less time, immersive entertainment, and next-generation security features.

Find below some top attractions of iPadOS 16 that’ll mesmerize you, and eventually, you’ll go for the software upgrade to iPadOS 16:

Should I Update My iPad to iOS 16: No, the Reasons

So far, you’ve discovered ample reasons to upgrade your iPad to iPadOS 16. However, here are some reasons not to go for the upgrade right away:

Since you’re upgrading to a better operating system without upgrading the hardware, you might likely face some hardware issues. Battery drain is the most common cause of such hardware problems.

You might experience horrific performance lag and app response latency if you go to iPadOS 16 on these iPads:

The above iPad models come with the Apple A-Series chipset which is fairly older than the A-Series Bionic Chip and the Apple M-Series M1 chip.

Though Apple allowed third-party app developers to access the iOS 16 software development kit (SDK) much before the beta testing of iOS 16 started, most developers still couldn’t finish the updating process of their App Store apps.

Hence, you might face iOS 16 compatibility issues with some third-party apps that you bought from App Store. If you upgrade to iPadOS 16, you’ll have to be patient until the developers complete their update process.

There are some minor glitches that you might experience if you upgrade to iPadOS 16. Until the third-party app developers upgrade their apps, it’s obvious that you’ll face iPadOS mismatch issues on the new operating system.

Surprisingly, there are reports of Apple’s apps also showing glitches. For example, the Apple Notes app freezes during the animation when you open the app.

5. No Official Downgrade Options From Apple

The upgrade to iPadOS 16 is permanent. There’s no way to go back to the previous iPadOS that you’ve been using until the upgrade.

Apple is yet to offer any clarification on this whether it’ll let you downgrade if you don’t like the performance of iPadOS 16.

However, there are ways to downgrade unofficially by downloading a stable iPadOS of your choice from IPSW Downloads, but Apple doesn’t recommend this method.

Should I Update My iPad to iOS 16: Wait

Since the launch of iOS 16, there have been many reports of bugs and issues on iPhones. You might likely experience those on your iPad too since the OS development platform is the same.

Thus, you may want to wait a bit and look for resolutions to the following bugs in a later iOS 16 or iPadOS 16 update before moving on to the iPadOS 16.0:

Should I Update My iPad to iOS 16: Discuss an Expert

An iPad from work or school may not allow upgrading to iOS 16 that easily compared to a personal iPad. Because organizations who manage business devices turn off specific app downloads and system upgrades.

For example, you may be able to apply security patch updates from time to time. But, you might find the Upgrade to iOS 16 disabled or grayed out.

Sometimes, the IT admin automatically updates business devices like the iPad you use at the office. Thus, you may not be able to update the iPad yourself.

The business app that you regularly use on the iPad may not have been upgraded for use in iPadOS 16 by its developer.

The IT team will speak with business app vendors to confirm whether they have made the necessary changes to the app your organization needs the most. Accordingly, they’ll push the update or will inform you to make the transition to iPadOS 16.

If you’re in doubt or don’t know what to do, you should have a word with the IT admin team of your school or organization.

Should I Update My iPad to iOS 16: The Verdict

So far, you’ve explored the pros and cons of applying the major iPadOS upgrade that’s iPadOS 16.

Now, the catch is Apple is offering iPadOS 16 to the most dated iPads like iPad Pro 12.9″ (gen 1). Likely, most of the iPadOS 16 features won’t be available on a dated iPad.

Not to mention, the device is lag and eats up battery quickly when you apply the latest iPadOS upgrade. Because the new operating system will demand more resources like processing power and memory which a dated iPad can’t fulfill.

Hence, stay with the existing iPadOS if that’s working fine according to your usage and feature requirements.

For professional and business-managed iPads, you must think twice before upgrading. For example, if a business app doesn’t run properly or shuts down more often, the upgrade may not be suitable for you.

If your work on the iPad requires a few apps to perform flawlessly, consult the app developer or your organization’s IT department before applying the latest iPadOS upgrade.

Also, speak with someone who has upgraded their iPad to iPadOS 16 if they’re experiencing any issues using professional or business apps that you would use on your iPad.

You’ve now found a straightforward answer to your question, “Should I Update My iPad to iOS 16?”

You can upgrade if the device contains some serious hardware under the hood and you believe that it’ll handle the iPadOS 16 workload smoothly.

If you know that the device is quite dated, stay away from the upgrade. Wait until you’re ready to buy a new iPad that has better hardware specifications suitable for iPadOS 16. You can find some budget Apple tablets in these articles:

Comment below about your experience of upgrading to iPadOS 16 on your iPad.