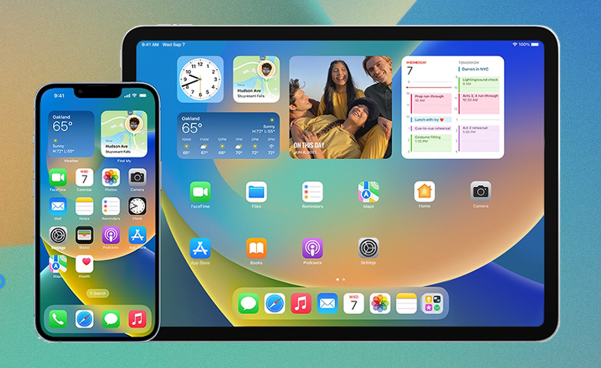 Did you just see the latest iOS 16.2 update notification on your iPhone and wondering how long does iPhone update take for iOS 16.2? I’ve reviewed the process and created a time estimation for you below.

Apple officially released the iOS 16.0 upgrade for compatible iPhones in September 2022. Since then, many iPhone users have been getting over-the-air (OTA) software upgrades.

Hence, it’s tempting to upgrade your iOS 16.0-compatible iPhone to iOS 16.2. However, there’s a significant question in the minds of iPhone users how long does iOS 16 take to update?

The question is reasonably valid since it’s a major software upgrade. You’re switching from one iOS version to the next. Thus, you wouldn’t want anything to go wrong and corrupt the device during the iOS 16.2 software upgrade.

Continue reading to learn how long iOS 16 update takes and ways to speed up the process.

How Long Does iPhone Update Take for iOS 16.2?

The time it takes to upgrade your iPhone or iPad to the latest iOS version iOS 16.2, depends on multiple factors. Find the factors below:

Basically, iOS 16.0 is the original software upgrade from iOS 15.0 or other older iOS versions. From iOS 16.0 to iOS 16.2, there are six updates. These are mainly security patches and bug fixes. Hence, they don’t require much time to download, prepare, validate, and install the updates.

If you’re upgrading from the following iPhone and iPad devices, you must keep the device online and connected to the power adapter (if the charge is less than 50%) for 10 to 15 minutes tops:

Now, if you’ve got anything older than the above, the update process will take some time, depending on the device’s iOS or iPadOS version.

The software upgrade size for iOS 16.2 from iOS 15.7 is about 3 GB. So, downloading the update, preparing the files, validating the update with Apple servers, and finally applying the update would take up to 30 minutes.

If you’re upgrading your iPhone from other iOS versions like iOS 11.0, iOS 12.0, iOS 13.0, and iOS 14.0, the time taken to complete the upgrade process will increase proportionately.

To know the exact software upgrade file size, you can try these steps:

You must make space for the iOS update file and installation if you’re planning to upgrade the operating system of your iPhone or iPad.

Let’s consider you’ve got 3 GB storage left on your iPad and the iOS 16.2 update size is also approximately 3 GB. Then, the device will have to clear some redundant files from the internal storage to apply the update.

This process won’t delete any data or files you created or downloaded onto the device. iOS mainly removes temporary files from third-party apps and system apps. The storage management step will take some time, and eventually, there will be a delay in the iOS software upgrade.

Your best bet is to transfer large files like movies, TV shows, camera recordings, images, etc., to your PC or Mac to clear some space within the iPhone or iPad. You can alternatively try the backup iPhone to iCloud process.

Let’s consider you’re upgrading to iOS 16.2 from iOS 15.0, and also, there is plenty of storage in your iPhone or iPad. Then, the update process will largely depend on the Wi-Fi network bandwidth.

Since the software upgrade files size is approximately 3.0 GB, on a 30 Mbps Wi-Fi internet, you’re looking at a download time of 14 minutes. If the internet speed reduces to 10 Mbps, you need to invest 40 minutes in downloading the iOS update file.

The downloading time for iOS 16.0 upgrade depends on the download speed of your Wi-Fi internet connection and the actual software upgrade file size.

The internet connection has serious latency issues if you’re seeing more than 10 to 15 minutes of downloading time for a 3 GB update variant.

Slower internet speed can also create problems with the OS file downloaded from Apple servers. There are reports that files get corrupted when people try to use substandard or poor internet bandwidth for iOS 16.2 upgrade.

So, before starting the iOS 16.2 software upgrade process, connect your iPhone or iPad to a high-speed Wi-Fi network.

From iPhone 12, Apple introduced 5G mobile network capabilities. If your cellular network career supports 5G mobile internet, you can turn off Wi-Fi and switch on Cellular Data to reduce the download time.

Refer to the steps mentioned in “Update iPhone Using 5G Mobile Data Network” to use 5G for iPhone or iPad updating.

Apple may reduce the update size in some countries or regions. That’s because it excludes some features and functionalities from iOS 16.2 software upgrade.

Hence, if you see an update size above 3 GB, you get more features than those who installed the 3 GB update.

iOS 16.0 and iPadOS 16.0 are the latest iOS versions in the market. Apple has announced this software upgrade for millions of iPhones and iPads.

Also, since the upgrade is new and there is a lot of hype going around iOS 16.0 features, everyone is trying to get the latest iOS because of FOMO.

You’ll see an Update Requested message when you tap the Download and Install button in the Software Upgrade menu. If the downloading progress bar doesn’t show up sooner, don’t worry. Apple servers might be busy and handling millions of other similar queries. Be patient until the download bar appears.

How Long Does iOS 16 Take to Update? An Estimation

There are various steps in updating an iPhone or iPad to iOS 16.0 or iPadOS 16.0. Find below the stages and time taken:

In a nutshell, it would take about 1 hour to update your iPhone to iOS 16.2 from iOS 15.0. If you need to back up data, add another hour.

Why Is It Taking So Long to Download iOS 16?

The iOS 16.0 upgrade download can take longer time to complete because of the following reasons:

By now, you should be able to anticipate how long iPhone updates take for iOS 16 and accordingly plan when to upgrade to iOS 16.2.

Leave your comments below about your experience with updating iPhone/iPad to iOS/iPadOS 16.2.