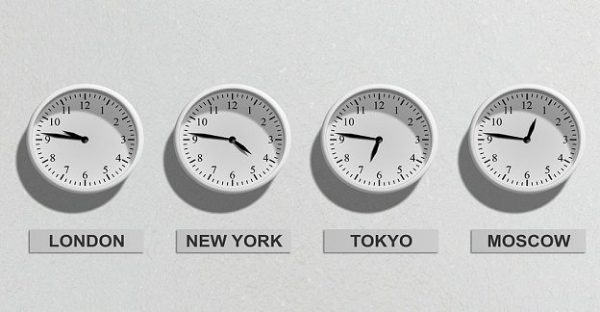 Windows 11 features a redesigned Taskbar that looks strikingly similar to the Dock on macOS. Some users like the new taskbar while others hate it. Unfortunately, Microsoft has also removed many useful taskbar features, such as the Never Combine option. If you’re using a multi-monitor setup, the Windows 11 taskbar won’t show the clock icon on the secondary displays. Let’s explore how you can restore this functionality.

Windows 11 doesn’t show the date and time icon on multi-monitor setups. If you want the OS to display the clock icon on all the monitors, download and install the ElevenClock utility from Github. The app lets you have a completely customizable clock on all your Windows 11 displays.

ElevenClock supports all the system locales and time formats that are natively available on Windows. The utility is hidden but shows up automatically when connecting a second monitor. ElevenClock automatically starts at login, you don’t need to launch the utility manually every time you boot up your computer.

It works on up to 10 monitors and supports different screen arrangements: vertical, horizontal, diagonal, and so on. The utility supports many customization options. For example, you can add seconds, weekdays, week numbers, or show only the date or time.

You can also customize the screen arrangement to your liking. There are also multiple font options that you can choose from. You can also move the clock to the left, or move the entire taskbar on top of the screen. There’s also an option that allows you to hide the clock while on full-screen. ElevenClock adjusts itself automatically when disconnecting secondary monitors.

As Microsoft explains on Windows Blogs:

This build includes a good set of improvements including new layout options for Start, clock and date will now show on secondary monitors, and Settings changes.

The bad news is that there’s no ETA for a stable release. If you don’t want to enroll in the Windows Insider Program and test new Windows OS versions, you can stick to the ElevenClock utility.

Are you planning to install ElevenClock on your Windows 11 computer? Or do you prefer to wait until Microsoft adds the clock icon back? Let us know in the comments below.