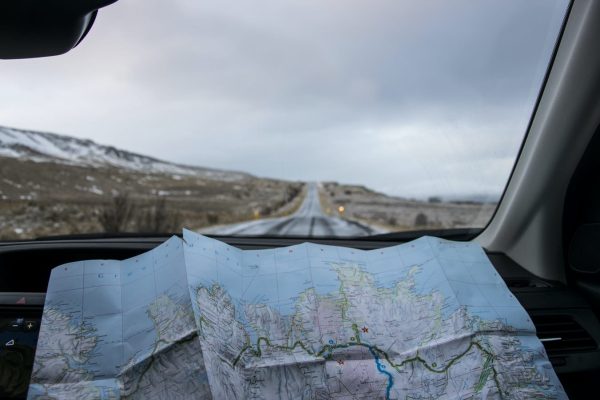 Waze is a map navigation software that lets you change up its voice settings. Waze is available on PC, Android, and IOs. Waze emphasizes crowdsourced traffic information. It enables drivers to spot something on the road and report it to the Waze app to display it to other Waze users. As a result, Waze maps tend to be much more alive, and the information it provides is very accurate.

Waze was first developed by the Israeli company, Waze mobile, in 2006. They secured a good amount of funding in 2010 and 2011, so they began to ramp up their workforce and further develop their app to include real-time, community-driven event updates such as protests, roadblocks, and street fairs. This is the first time they focused on that social-driven mapping app and have been staying on course the whole time.

In 2012 they introduced web map advertising for companies that shows as small dots on the map that will appear when users drive close by them. They also offer a new web interface for TV stations to tap into directly. As a result, their popularity boomed as Waze service is being used by numerous TV stations in North and South America.

This popularity surge alerted Google to take an interest in their activity. In June 2013, Google bought Waze for $966 million. After that, Google started pumping out new features like ‘motorcycle mode,’ adding your own voice into the app, and various third app integrations like Spotify, Youtube Music, and Google Assistant.

Key Features for the Waze App

Waze has a ton of “social” features, something that is lacking from its competitors. Some of these features are chat and comments. You can find other Waze users on the map, tap on them, and talk to them. Very useful when you’re in a traffic jam, and you wanted to ask around for alternative routes, maybe ask the cause of the traffic issue, or just telling them a joke to help ease the boredom.

Waze also shows you driving speed and the speed limit on the area you are currently driving at, which is very helpful for daily car commuters. Not only that, but you can also search for nearby gas stations to refuel, and it even shows the gas prices!

When you drive with Waze routing enabled, you will be notified of when you are approaching a turn, when you need to turn and in which direction, and approaching a traffic closure. This is an essential feature because when you’re driving, you cannot afford to keep your eyes off the road. Furthermore, you can integrate it with Google Assistant for a truly hands-free experience. You can also change up the voice settings. Let’s walk through how you can update them.

First, open the Waze app, then tap on the magnifying button on the bottom left of your display. It will show something like this.

Tap the settings button with a gear icon on the top left of the screen.

Tap on “Waze Voice” to change how the voice on the alerts sound. They have an extensive amount of options spanning many languages and various dialects and genders. The voice typing is, of course, for speaking to the app in your desired language.

Inside the “Waze Voice” option, you are going to find an exciting “record new voice” option. It enables you to record your voice to be used in the app. It’s a fantastic feature to experiment with.

You will need to record yourself saying various sentences like “in 200 meters” and “Turn Left,” and the app will play your recorded voice when the function triggers. You can even use your cheery and energetic daughter’s voice, or the soft and gentle tone of your mother’s voice to guide you through the road.

If you’re feeling extra geeky, you could find a voice generator for particular fictional characters like C3PO on the internet and just create the entire set of Waze voice alerts based on that generated voice.