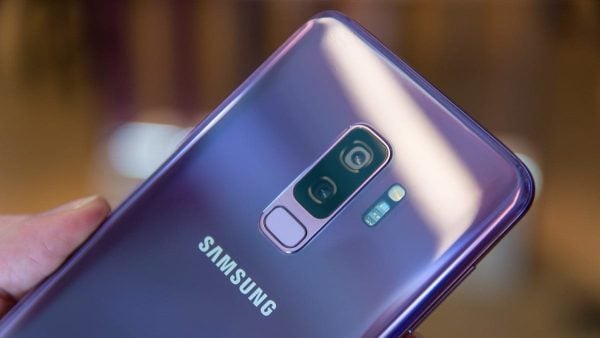 When you first your Android device, everything works perfectly. It’s as fast as you want it to be, and with one tap, you can access anything on it. But, in time, things such as the camera can start experiencing problems.

The reason why your Android device’s camera isn’t working can vary. If you dropped the device, there’s a good chance of hardware damage, and that you need to take it in for service. But, if you haven’t dropped your Android device, hopefully, the following tips will help.

Sometimes the solution to getting your camera working again is to clear the cache. You can do this by opening the Settings and going to Apps & Notifications. 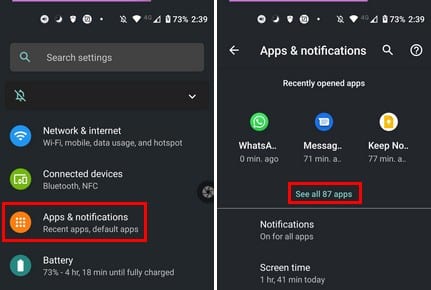 When you see the list of apps installed on your device, look for and open the camera app. The Storage and cache option for the camera will be the third one down. The Clear cache will be one of two options at the top. You can also try the Force Stop option as well. 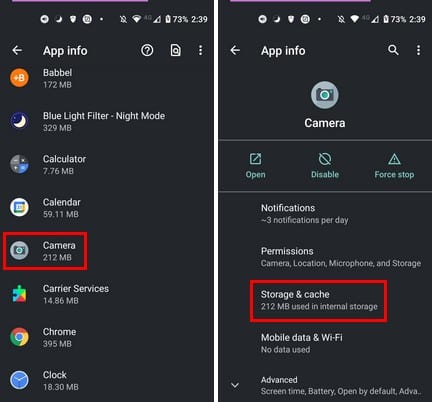 Are you trying to use an app that’s suppose to access your camera, but nothing is happening? Even if you’re sure that the lack of permission is not the case, it doesn’t hurt to check. Maybe an update changed some things it shouldn’t and modified some permissions. Or, perhaps someone you handed your phone to moved some things around without your permission. 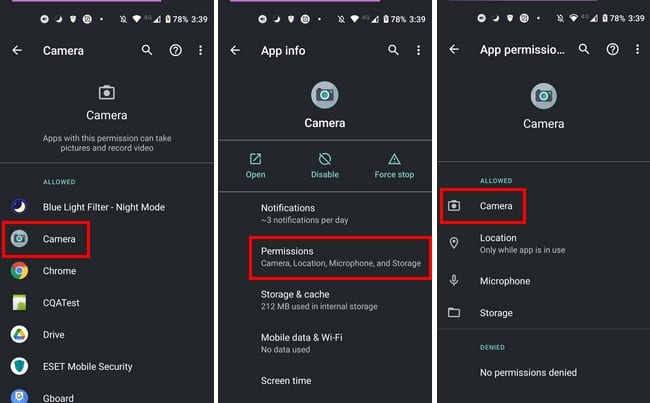 Go to Settings > Apps and Notifications > See all X apps > Camera app > Permissions > Camera > See all apps with this permissions. You’ll see two lists: one with apps that have permission to your Android device’s camera and the one that doesn’t. If the app you’re using doesn’t have permission for some reason, select it and select the Allow option under camera access for this app.

If you’re using a third-party camera app, you can try seeing if there are any updates for the app pending. Apps can fail from time to time, and the pending update is what it needs to get rid of the bug fix. If the app is up to date and it’s still causing your problems, have you considered switching to a better app? Maybe the developer stopped supporting the app and won’t be giving it any much-needed updates.

Suppose you can’t remember what app you installed before you started to experience the problems. In that case, you can also boot your Android device in Safe Mode to see if, indeed, it’s an app that’s causing the issues. Just be careful not to get stuck in Safe Mode.

Maybe there’s a system update pending that has the solution you’re looking for. To check for a system update, go to Settings > System > System Updates. Your Android device will start checking for an update, and if there is one available, here’s where you’ll see it. 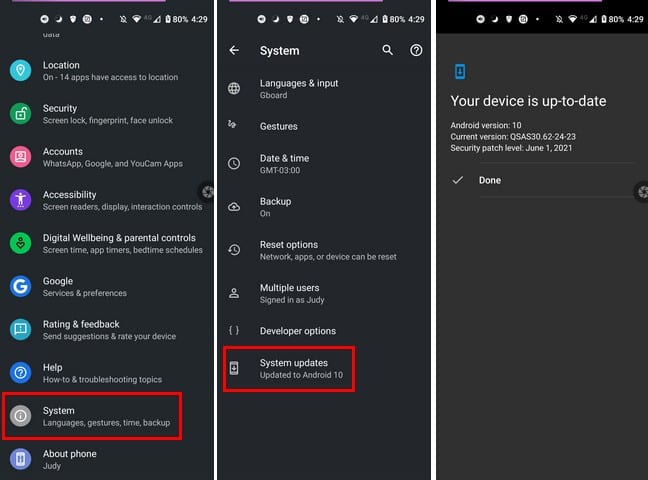 If you love taking pictures, not being able to use the camera pp can be frustrating. Sometimes a reboot of the device does the trick; other times, you need to do more detailed troubleshooting. Did I miss a method that has worked for you? Share your experience in the comments below, and don’t forget to share the article with others on social media.