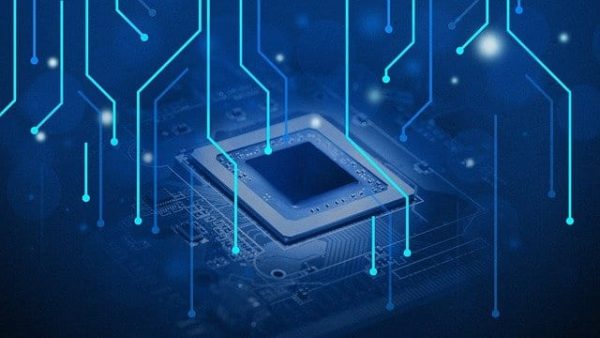 No matter what other features you may have on your wish list for your ideal motherboard, you’ll always have to verify one specific feature. This is the chipset. The chipset defines the motherboard’s compatibility with one or more generations of CPU from a specific brand. Even if the CPU technically fits in the socket, you may find that the chipset is just incompatible. But what is a chipset, and why is it so controlling?

In this architecture, any request to RAM had to leave the CPU and go via the northbridge, which added latency. In 2003, AMD released the Athlon 64-bit CPUs, which changed this by integrating the memory controller directly onto the CPU die. Between 2003 and 2011, most CPUs progressively merged more and more of the northbridge functionality directly onto the CPU die, increasing performance.

Eventually, with the entire northbridge integrated onto the CPU die, the naming scheme no longer made sense. Intel and AMD renamed the southbridge to the Platform Controller Hub and Fusion Controller Hub, respectively. Motherboards, however, continued marketing the chips as the chipset.

The connection between the CPU and chipset has been updated. The exact connectivity varies, but it typically offers the equivalent bandwidth of eight lanes of the highest speed PCIe connectivity that CPU supports. This total bandwidth is shared across all of the connectivity the chipset provides. While the chipset tends not to have any single connection that could saturate the full link, two or more connected devices may be able to, resulting in bandwidth limitations.

Modern CPUs have continued the trend of integrating the chipset into the CPU die, with some USB and PCIe lanes being provided directly from the CPU having been moved from the chipset. This connectivity is typically the highest speed connectivity the motherboard offers. Connected devices also don’t have to share bandwidth with anything as they have direct access to the CPU.

Things to Lookout For

Each chipset only supports a limited number of generations of CPU. Intel’s chipsets tend to support two generations. In contrast, AMD tends to extend that to three, though not necessarily on product release. Depending on your point of view, this opens up or limits options for future CPU drop-in replacements.

It’s essential to do your homework when looking at a CPU and motherboard. A single CPU generally supports more than one chipset, with high-end and budget tiers and some intermediary tiers. When you know what CPU you want to get, research what chipsets it supports and then decide which tier you want.

For example, Intel’s current 12th Generation Core CPUs use the 600 series chipset. There are four options, H610, B660, H670, and Z690. The naming scheme is a little confusing, but as long as you remember, you need a 600 series, and that more significant numbers are better, it’s simple enough.

You might see a potential issue here. AMD’s current Ryzen 5000 series CPUs support the X570, B550, and A520 chipsets and the older X470 and B450 chipsets. AMD has a chipset called B550, Intel has a chipset called B660, and its previous generation was even worse, called B560. For those that aren’t careful, these similar naming schemes can lead to confusion.

The chipset limits precisely how many PCIe lanes and USB ports the motherboard can offer and what speed they operate. Annoyingly, motherboard manufacturers can choose not to make all USB ports the highest speed available, for example. So, verify that any motherboard offers the connectivity you want, even if the chipset means it should.

In most cases, this bandwidth should be more than enough. Still, it may be saturated in hefty workloads, leaving devices underperforming. There are different tiers of chipsets supported by most CPUs. Make sure to pick a tier that offers the connectivity capabilities you need or want. Don’t forget to leave your thoughts in the comments below.