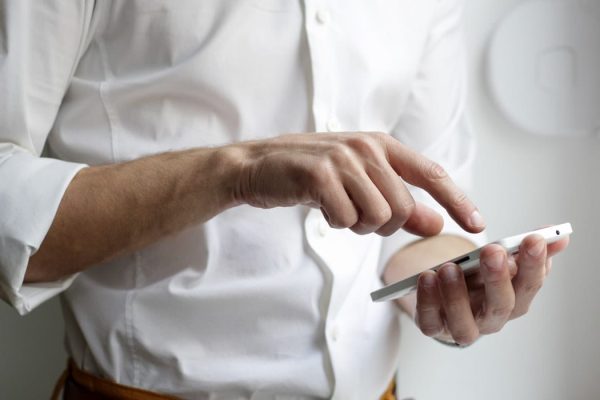 OnePlus was a trail-blazer when it swooped in and delivered features that were close to the expensive flagship phones but at a fraction of the price. But that changed significantly over the years as phones got more expensive, and OnePlus wanted to compete with the main players in the smartphone market. After years of living under the name Flagship Killer, they finally introduced their phone, the OnePlus 8 Pro and its smaller brother, the OnePlus 8.

OnePlus 8 was released on 21st April 2020 and is a great value proposition as it has all the features of the Pro model except for the smaller battery, lower-resolution display, and a three-camera setup instead of four. The specs are listed below.

The OnePlus 8 has a build that is standard these days with Corning Gorilla Glass on both front and back with an aluminum frame. Its dimensions are 6.31 x 2.87 x 0.31 in, and the weight comes to about 180 grams. The OnePlus 8 brings in three distinct colors to its roster: Glacial Green, Interstellar Glow, and Onyx Black. The phone does not have an official IP rating for water and dust resistance like the OnePlus 8 Pro, but if purchased from Verizon, the phone will feature IP 68 rating. Sadly, OnePlus has permanently done away with the 3.5mm headphone jack. It offers dual stereo speakers by utilizing the grill on the front as a front-firing speaker for louder and clearer sound quality. It provides support for standard sensors like proximity sensor, accelerometer, and gyroscope.

The OnePlus 8 comes with a 6.55-inch, FHD fluid AMOLED display that boasts the reproduction of up to 16 million colors, which features a 90Hz refresh rate for smoother browsing and gaming experience. This phone has a screen resolution of 2400 x 1080, giving it a pixel density of 402 PPI with support for the new HDR 10+ feature for crisper display of media content. It has a screen-to-body ratio of around 87%, and it features an in-display optical fingerprint scanner.

This phone comes in the basic configuration of 8 GB RAM with 128 GB of storage, but for a $100 more, an upgrade to 12 GB RAM with 256 GB of storage is available, with RAM being LPDDR4X memory and has the latest UFS 3.0 2-lane storage, for faster boot times and read and write speeds.

The OnePlus 8 possess the latest and greatest Snapdragon 865 octa-core with a clock speed of 2.84 GHz and is a 7nm chipset by Qualcomm, with the new Kryo 285 architecture, and also has 5G out of the box thanks to the X55 Modem-RF system integrated into the chipset and is a 25% improvement in performance and a higher clock speed than the OnePlus 7T and 7T Pro. It’s also integrated with the new Adreno 650 GPU, improving graphics and boosting gaming performance.

Unlike the OnePlus 8 Pro, this phone has a triple camera setup, with the main sensor being the Sony IMX 586 sensor with 48 MP and f/1.75 aperture, which can shoot up to 4K resolution at up to 60 fps and super slow motion at the resolution of 1080P at 240 fps or can go up to 480 fps if shot at 720P. The main sensor can support night mode which is called Nightscape mode, which can take pictures under low light, and has advanced pet face detection with a feature called Smart Pet capture to shoot perfect pictures of animals by adjusting for motion blur. The second sensor is a 2 MP macro lens with f/2.4 aperture, capable of taking detailed and focused close-up shots from a distance of 4cm.

The third and final camera is the 16 MP ultra-wide-angle lens with an aperture of f/2.2, which can capture 116 degrees in its sensor for those group shots or wide area shots to get multiple objects in one photo. OnePlus ditches the popup selfie camera for the hole punch camera to fit in with all the smartphones in 2020, which has a 16 MP sensor that can shoot video at 1080P at 30 fps and can be used for unlocking the phone and supports HDR and Portrait mode for crisp selfie photos.

Battery, Software, and other Features

This phone is equipped with a non-removable 4300 mAh battery, which is needed to support the high-refresh-rate display and comes included with their proprietary fast charger that uses USB-C called Warp Charge 30T that can charge to 50% in under 30 minutes. The software is one of the fastest OSs on the market with Oxygen OS 10 based on Android 10, prioritizing speed over everything else. It supports the latest Wi-Fi 6 standard and posses dual-sim slots that can use networks like GSM, 2G, 3G, 4G, and 5G.