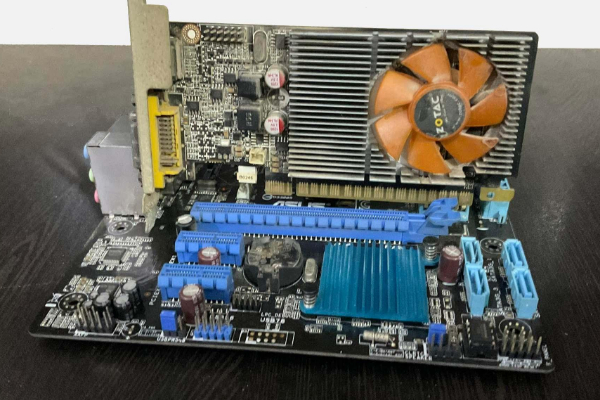 The graphics card of a PC enables it to process highly demanding graphics programs like video games or graphics designing software. Most PCs come with built-in graphics cards embedded within the motherboard.

However, when you build the best high-spec PC yourself, you include a GPU expansion card that connects to the motherboard via the PCIe x16 slot.

Unlike the embedded GPU, you can remove the PCIe GPU anytime, following some safety precautions and technical processes.

Continue reading to explore the most straightforward guide on removing a GPU from the motherboard. After thoroughly reviewing this article, you can unmount the GPU from the PC motherboard even if you’re not a computer engineer.

When Do You Need to Remove a GPU?

There could be multiple reasons to uninstall the physical GPU from a PC. A few of these are as mentioned below:

How to Remove a GPU: The Requirements

Before you go to unmount the GPU from the PC motherboard, you must learn which one the GPU is of a PC. Here’s how you can find out:

It’s pretty simple! Now that you’ve located the GPU of your PC let’s find below what you need to remove a GPU from its motherboard:

The anti-static band is optional. If you have one, wear it around your wrist and then connect the other end (the alligator clip) to a metal surface, unpainted part of the PC case, etc.

You can still proceed with the process if you don’t have an anti-static band. However, you’ll need to touch metal surfaces to ground yourself frequently. It’ll cause the static electric charge to conduct to other conductive metal surfaces.

The idea is to remove all static electric charges from your body and the PC parts so that you don’t damage the electronic components of the PC.

How to Remove a GPU: The Preparations

You need to perform the followings tasks before the PC chassis is ready for the removal of the GPU:

How to Remove a GPU: The Real Thing

If you’ve appropriately followed the above instructions so far, the PC case is now ready for you to remove the graphics card by following these steps:

How Do You Remove a GPU?

How to Remove a GPU: Precautions

How to Remove a GPU: FAQs

Can You Just Pull Out a GPU?

You can’t just pull out the GPU from the PCIe x16 slot of the motherboard. You need to follow a technical process before removing the GPU.

Is Removing a GPU Hard?

Removing the GPU from the motherboard isn’t a complex task. You need to follow the instructions mentioned above in this article.

Almost all laptops come with an embedded GPU. Such GPUs are much smaller and don’t fit in a PCIe x16 slot. Hence, you can’t remove GPU from a laptop. You must contact the manufacturer for technical support for any GPU-related issues in your laptop.

Can a GPU Break a Motherboard?

How to Remove a GPU: Final Words

Following the above instructions in this “how to remove a graphics card” guide, you can successfully unmount a GPU from the PC chassis.

Also, follow the precautions mentioned to keep yourself and the PC safe from any electrical damage.

If you know any secret tricks or tips on removing a GPU, don’t forget to mention those in the comment box below.

You might also be interested in learning how to build the best themed PC or VR-capable PC for your budget.