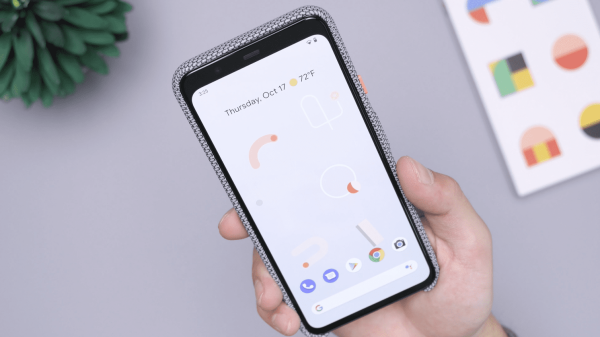 Google Pixel 4a has been described as the best and most inexpensive phone in its class. The manufacturer was quick to take advantage of increasing customer-interest in acquiring low-priced, quality phones that come with the most recent high-end features.

Google Pixel 4a will be a worthy successor of the previous Google Pixel 3a. According to sources, the latest device from Google will feature a bigger screen, improved processor, and fantastic camera, just like the Google Pixel 3a. The Pixel 4a is also expected to compete closely with the iPhone S.E.

Although the iPhone S.E. precedes the Pixel 4a in the market by months, the latter device comes with a hidden trump card that might prove to be the ultimate game-changer; it will cost significantly less than the iPhone S.E.

The Latest News on Google Pixel 4a

The long-awaited launch of the Google Pixel 4a is now imminent. This credible information is taken from subtle hints recently dropped on Google PlayStore.

According to a leading leakstar, Jon Prosser, the new phone is set to launch on August 3rd, 2020.

The source reveals that the launch was initially planned for July 3rd, but was postponed in the final hours. The source also suggests that Google could be preparing the groundwork for a 5G Pixel 4a, complete with a Snapdragon 765G chip, which might come later in 2020.

Moreover, the identical Certification listing for a Pixel 4a-like phone suggests that the new phone is likely to have a bigger battery compared to the Pixel 2a version.

The latest leaks indicated that the Google Pixel 4a would be launched on July 15th and released on October 22nd. According to sources, the Pixel 4a is already FCC certified and ready to go. Other rumors claim that Google plans to launch the Pixel 4a as a replacement for the mid-range Pixel 3a XL and the Pixel 3a that are set to be phased out.

Examining the Conflicting Reports on Google Pixel 4a Launch Date

Earlier on, most market analysts expected the Google Pixel 4a to be launched during the May 2020 Google I/O conference. The conference was, however, canceled as a result of the coronavirus pandemic.

After some time, reports by a German technology blog indicated that the Pixel 4a would be launched on June 5th, 2020. The news seemed credible as it would be barely days after a unique Android 11 online preview slated for June 3rd. This event was also postponed when riots erupted in the U.S. after the death of George Floyd.

Later reports from Jon Prosser indicated that the soonest the Google Pixel 4a would come out is July 13th. According to Prosser, the new schedule was fueled by market forces rather than the readiness of the product.

Prosser had earlier marked August 2020 as the earliest launch date for the Google Pixel 4a. The leakstar expected Google to release the Pixel 4a Black version on August 6th and the Barely Blue version on October 1st. He soon speculated that Google had canceled the blue version.

Further compounding the confusion, a French tech vendor speculated that the twin versions of the Pixel 4a would come out on July 8th. The price estimate for the new phone was set at €510/$575. This is quite costly compared to the Pixel 3a that retailed at $399.

Will We See the Pixel 4a Anytime Soon?

It seems like the release of the Google Pixel 4a is finally looming around the corner, though. According to MySmartPrice, the device listings have already come up in the IMDA Singapore’s certification database as well as the BIS of India.

Traditionally, whenever these high-profile regulatory agencies endorse any product, it signals imminent release. Moreover, the FCC has already given the device clearance in the U.S. These factors provide the clearest signal that the Google Pixel 4a could soon be in your hands.

The Projected Price and Specs for the Incoming Google Pixel 4a

A new leak from Google’s Stephen Hall indicates that the launch price of the Google 4a will be $349. If this ends up being true, the device will be $50 cheaper than the iPhone S.E. or the previous Pixel 3a. Also, according to Hall, the new product will come with 128 GB storage. This is double the iPhone S.E.’s 64 GB storage or the Pixel 3a’s initial 64 GB storage.

As regards to the Pixel 4a XL, it is now clear that Google has no plans to introduce a larger version of the product, considering that the market performance for the previous Pixel 3a XL did not impress.

From this data, the jury still seems to be out on the exact launch date of the Google Pixel 4a, although it appears to be soon. The leaks we’ve been given provide conflicting dates regarding the phone’s launch and release. We are dealing with conflicting reports, rumors, and speculations about the subject. Not only are we unsure about the release date, but other factors, including the phone’s price range and variety of models or specs, are still hazy, as well.

Realistically, we may have to wait a little longer than anticipated to have a clearer picture of when the much-hyped Google Pixel 4a will finally grace the market.

Meanwhile, it is best to court patience as we eagerly wait to lay hands on this coveted gem.