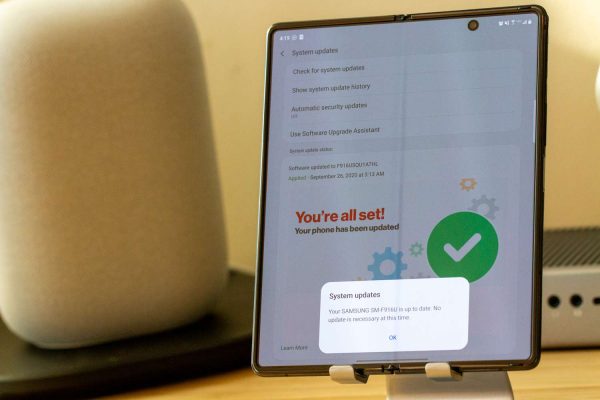 Some owners of the Galaxy Z Fold 2 have started receiving a new software update. It has not arrived on all devices as of yet, but this is common. Software releases, for the most part, are rolled out in stages, as to not overload Samsung’s servers, causing delays and backups in the downloading and installation process.

If you have the update, this is what you’ll find regarding the details:

The Security of your device has been improved.

A software update can include, but is not limited to:

To get the best from your device, please keep your device up to date regularly check for software updates.

As for the software version, this update brings a version number of F916BXXS1BTJ1. With this, you can verify that you are running the latest version on your Galaxy Z Fold 2.

Since the update is just starting to roll out, Samsung has not provided an in-depth changelog as to what else comes with the update. It’s more than likely that the October 2020 update is nothing more than updating the security patch from September to October, with no new features in tow.

In the event that you wish to manually check for a software update, these are the steps that you need to take. If not, the update will arrive at some point in the next few days, and your Z Fold 2 will prompt you to install it.