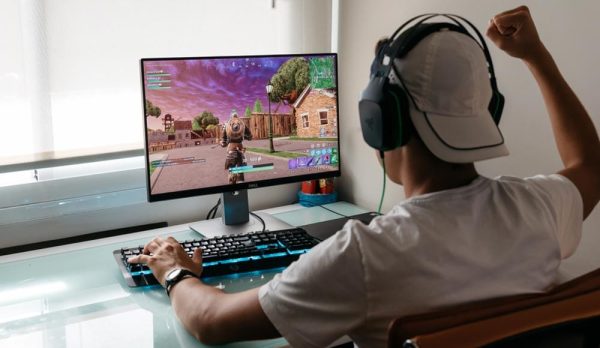 Video games often have extra content added after it releases, some of which is free, although other times you need to pay for new content. This can be good for both the developer and the gamer, as a consistent income helps the developer to continue to maintain the game, provide new content, and develop new games. New game content tends to come in one of three formats: expansions, DLC, and microtransactions. The difference between these terms though is rather loose and can lead to some confusion.

What is an expansion?

A video game expansion is typically a significant amount of new content. For example, a previously exclusively multiplayer game could add a single-player campaign as an expansion. Expansions often include entirely new game mechanics or change existing ones to encourage new play styles. The size of an expansion means that they are complex and time-consuming to develop, which means that they are not particularly common and generally come with a reasonably large price tag.

Microtransactions are extra purchases that generally unlock items faster than you would otherwise be able to get them. For example, while you could get 20 gold from completing a quest, you could also purchase a pack of 1000 gold with real-world money.

The concept behind microtransactions is ostensibly to add a second method to progress in a game and unlock items. This is particularly helpful for users who can’t spend much time playing but still want to unlock new items and progress.

Unfortunately, in reality, this has generally led to game developers designing their games to actively encourage purchasing these items. This is done by pricing in-game items in such a way that it requires excessive amounts of playtime to unlock things, but only costs a bit of extra money.

While the “micro” part of the word microtransaction, may make it sound like they only cost a small amount of money, this isn’t always the case. While a decent amount of microtransactions are less than a pound, dollar or euro, some games include packs for a hundred pounds or more.

Microtransactions are most common on mobile platforms, as part of a freemium system. However, increasingly bigger games, including ones you need to pay for upfront, are including microtransactions as well as they are seen as a good method to get a consistent income.

DLC can be offered both for free and as a paid extra, it can be relatively simple such as new skins or cosmetic items, or it can be a bit more complex such as a multiplayer map pack.

Some games offer somewhat controversial “day one” DLC, which is available for purchase on the day of the game’s release. Many gamers don’t like this concept as it feels like features were removed from the game so they could be sold for more money. While this can be blatantly true in cases where the day-one DLC is story-based or even included on the game disk, it’s not always true. During the final phase of testing and bug fixing before a game’s release, not all departments are particularly active. The best example of this is the art design department, while there may be a few textures that need minor changes, the team can generally spend its time making new skins for release at launch.

All three of these levels of additional content have some value, although people may disagree on how much. Adding extra content to a game after its release is generally a good thing. Gamers can choose for themselves if extra content is worth it and if they are willing to pay for it.