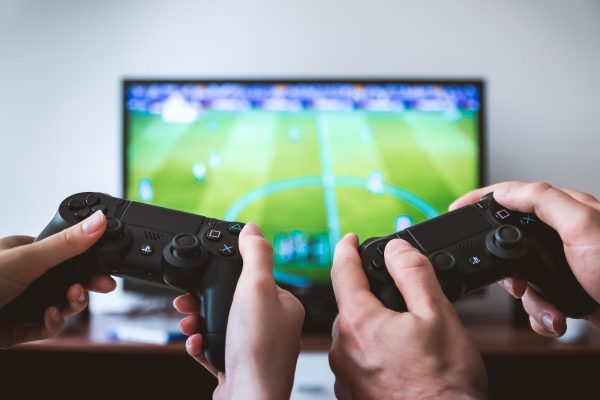 Computer graphics are offloaded from the CPU (Central Processing Unit) to an independent processor designed specifically to be suited to rendering graphics on a computer monitor. GPUs or Graphics Processing Units are designed for highly paralleled workloads, prioritizing high thread counts over raw frequencies as this is more important for graphics processing.

Tip: A thread can be thought of as a processor core, it is a unit capable of running a process independently and at the same time as other threads.

Integrated graphics chips are built directly into the CPU itself whereas discrete graphics have a separate dedicated processor chip and are located on a different circuit board that plugs into the motherboard.

Intel’s UHD Graphics 630 integrated graphics processor first released in 2017, has 168 threads that can boost up to 1.2GHz. This is more than enough processing power for general browsing and normal usage and can even run some video games at medium to low settings at 1080p or lower.

Nvidia’s 2017 flagship graphics card, the 1080Ti has 3584 CUDA cores that can boost up to 1.582Ghz. This sort of performance is designed for gamers and can run most games at high or maximum settings at high resolutions such as 1440p.

The fact that discrete GPUs are a separate processor on a different PCB means that they can have an independent cooling solution designed to exclusively cool the GPU. This provides more headroom to generate heat and so allows them to have more cores running faster.

Another advantage discrete GPUs have over integrated graphics is dedicated VRAM or Video Random Access Memory. VRAM is used to store graphics data that will be used to render an image. VRAM is typically faster and has a higher bandwidth than standard system RAM that needs to be shared with integrated graphics chips. The VRAM chips on a graphics card are also physically closer to the GPU itself further reducing delays. Today not only can you enjoy casino games on your computer or laptop, but you can also play your favorite games on your smartphone or tablet. You can find an Canadian online casino no deposit bonus is offered there together with the number of other thrilling promotions and giveaways. They are given to increase the excitement when playing slots and other games.

Integrated graphics are significantly more power-efficient and generate a lot less heat than a discrete GPU. This makes it more suitable for laptops and other lightweight devices than a heavy, power-hungry, and hot discrete GPU.

For most users, an integrated graphics chip will be more than enough graphical processing power for day-to-day usage. For gamers, and for other users where parallelization is important, a discrete graphics card is the way to go. They can provide significantly more processing power, although this comes at a higher cost.