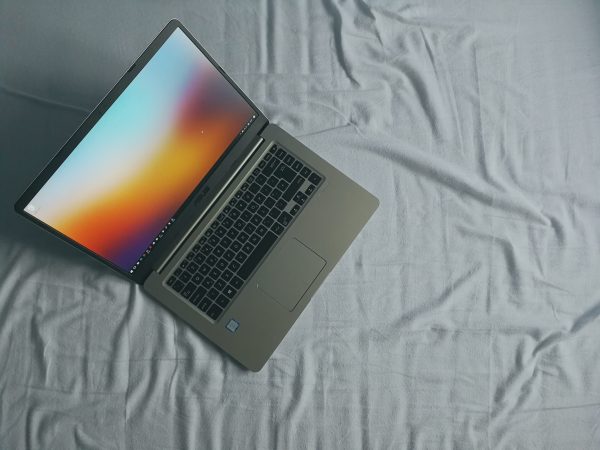 Huawei Technologies has some great laptop options on the market right now. With their base in Shenzhen, Guangdong in China, this innovative tech company “provides telecommunications equipment and sells consumer electronics, smartphones,” according to Wikipedia.

Huawei MateBook, which may sound a little bit like MacBook at the first-call, is a 2-in-1 detachable tablet or now laptops manufactured by the Huawei technologies. And they have only progressed over the years. The MateBook series is currently at the frontrunner of amazing laptops or tablets.  The series all have one thing in common, they posses very strong batteries and have slim beautiful bodies with amazing user interface. Below we have compiled a list of the best of the MateBook series.

It prices approximately 1,228 USD and includes a 1920 x 14″ display with a narrow compact outside that makes it mild, elegant and portable. The HUAWEI MateBook D  runs on the AMD processor with a shiny metallic body and is 15.8mm thick. The battery is also one of a kind as it posses a battery saver that saves as much as 15 percent of overall power when turned. When used normally, it can last as long as fifteen hours.

Keeping inline with amazon’s description, it carries a Quad speaker cut up-frequency that gives woofers with deep, resonant bass and tweeters with a clear treble for a crisp, immersive sound to revel in. It has the 3-d with the Dolby Atmos Sound system that makes sure that certain distortions are minimized, letting you pay attention to every detail from all angles.

The AMD Ryzen 5 2500U Quad-Core it possesses with the 3.6GHx processor makes it heaven-sent for gamers. It has a 14-inch screen with a 1920 x 1080 resolution. While this may seem small ideally, remember we are going for both sleekness and functionality. It runs on an 8GB ram with 256 internal memory or hard drive.

It has two digital microphones, four-speaker Dolby Atmos sound system with a 1MP webcam that makes video calling on all platforms easier.
It usually comes with a 64-bit Windows 10 operating system and costs 679 USD with a 3.8 out of 5 rating on Amazon. The customer reviews are also very encouraging. Amazon

It presently has a score of 4.3 out of 5 on Amazon and is very slender with Discrete pix. The computer is about 0.57-inches thin and weighs 2.93 lbs. If you love playing video games for fun, or are into video editing or just watching high-quality movies, then you cannot go wrong with the Huawei MateBook XPro. The core I7 it runs on makes both very fast and best for amusement. It incorporates a battery lifespan of about 15 hours and comes with Ms office 365.  You can order them in two colors. The core i7 is only available in grey. If you want silver color then you will have to make do with the core i5.

It performs about 40% faster and more than the previous edition and has windows 10 home Signature version mounted and not using bloatware.  One of the exciting exceptions about this product is that it uses the One-touch login which allows users to login in less than 8 seconds via home windows hello. It has a whopping 16 GB RAM with a Processor of 1.8 GHz Intel Core i7. The internal hard drive size is 500GB. Amazon

It just like with every of the other MateBook, one of the most appealing things about it is the slim and shiny exterior. Coming to its specifications, it has core i5 8265u installed.  The Processor boosts performance up to 40% over its last edition. The laptop can also handle very warm temperatures without overheating. It runs on a Shark fin design fan that runs faster than most laptops. This prevents the motherboard from frying in hot weather. It cools faster than most systems and makes heating very unlikely with this product. One of the main cons of this MateBook series is that although the specifications specify a touch screen, most of the products shipped are not touch screen. It has an 8th  generation core installed.

But if you are comfortable navigation the old fashioned way then you will have no issues with this piece.  It is a 13-inch screen laptop with a resolution of 160 x 1440 pixels. You also cannot go wrong with the 8GB ram installed. It is an intel UHD processor with a 1.6 rating. This means while it may not heat easily, it is not a very good option for gaming or any heavy stuff.  Amazon

It contains an AMD R5 processor with windows 10 operating systems with no bloatware. This makes it both fast and powerful and the perfect choice if you are looking for something nice and practical.  The sound system is also on point if you are the type to chill back and relax to some calming beats on your system. It has a customer rating of 4.5 out of 5.0.

This is an upgrade from the Huawei MateBook 13. This on has 14 inches screen with a Screen Resolution of 1920 X 1080 pixels. The processor rating is also a step up with a Processor of  2 GHz 8032. The RAM and hard drive are however the same size. It is made more game-friendly since it runs on the AMD processor while MateBook 13 runs on Intel. Amazon

The Huawei MateBook X is a cousin to the MateBook X Signature. Although they may seem similar, it has been upgraded from the latter and offers varying RAM and Hard drive sizes with the screen 0.01 inches shy of a 14-inch screen with a resolution of 3000 x 2000. It offers a 10-finger multi-touch support. The touch screen makes for very easy navigation and handling.

It usually comes in a grey color and weighs 1.32kg. The beauty of most of these MateBook laptops is that they offer sleekness, high speed, accuracy with amazing battery life for so much less than Apple products or  Samsung products. The Processor is Intel Core i5-8250U 1.60 GHz up to 3.40 GHz