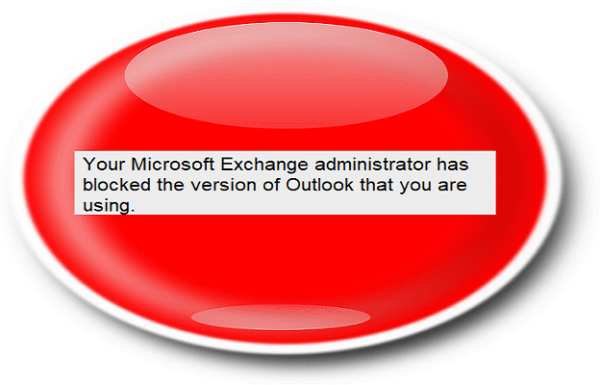 Suppose you’re using Outlook 2007, 2010, or older versions of Outlook 2013 and Outlook 2016. In that case, you’ll soon receive an alert that says your admin has blocked your Outlook version. The message reads as follows: “Your Microsoft Exchange administrator has blocked the version of Outlook that you are using. Contact your administrator for assistance“. Let’s discuss why this alert pops up in the first place and what you can do about it.

Microsoft started rolling out the block for Outlook 2007 on November 1st. The block will affect Outlook 2010 users in the coming weeks. The safest solution is to upgrade to the latest Office version, which brings enhanced security and stability options and many new features.

For more information, contact your IT admin, and check Outlook’s end of support roadmap.

Outlook 2007 and 2010 Are Incompatible With Newer Features

As Microsoft explains, older Outlook versions are not compatible with the latest security features and modern authentication protocols. The company is also working on adding support for HTTP/2 in Microsoft 365, an enhanced security protocol.

As a quick reminder, Microsoft supports only the following Office versions for connecting to Microsoft 365 and Office 365 services:

Starting with November 1st, 2021, Outlook 2007, Outlook 2010, and old Office 2013 and Office 2016 versions can no longer connect to Office 365 and Microsoft 365 services. That’s why you’re getting an alert that says your admin has blocked your Outlook version.

Are you planning to upgrade to a newer Office version any time soon? Let us know in the comments.