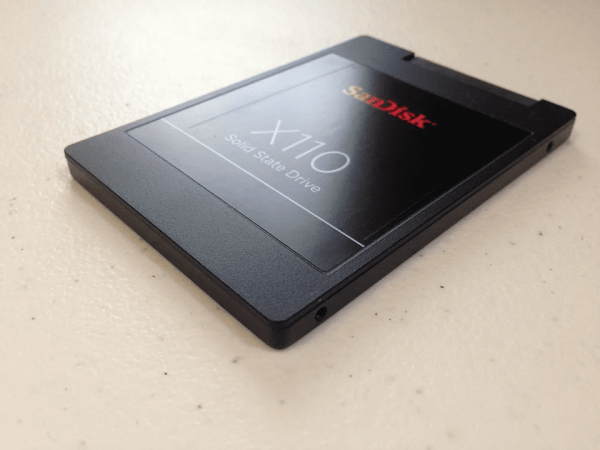 V-NAND stands for Vertical NAND and refers to flash architecture used in flash memory. It’s a relatively recent concept that’s only been in commercial manufacturing since 2013 when Samsung created the first product featuring it.

Vertical NAND can also be called 3D NAND and features memory stacks with vertically stacked cells. This allows a specific chip size to have a higher bit density than it otherwise could. This is in contrast to 2D NAND – the traditional version where memory cells are managed in a two-dimensional matrix.

The advantages of 3D storage are pretty straightforward – more storage space in the same area, much like how a high-rise building can contain more office space than a single-floor building on an identically-sized plot. Furthermore, thanks to the very thin silicon chips, stacking multiple layers on top of each other doesn’t create any particular height issues.

The Basics of V-NAND

Besides its structure and 3D shape, V-NAND isn’t too different from regular NAND. It is, at its core, a logic gate that operates with two (or sometimes more) inputs and one output. Multiple NAND gates are arranged in specific ways to achieve their purpose. NAND was initially developed in the 1980s and is still the market’s most popular type of flash memory cell. Its main competitor is the NOR gate. While similarly structured, NOR and NAND cells work differently. They use different logic to create outputs from the inputs they are given. The circuit layout for NOR flash offers some advantages and disadvantages, leading to other use cases.

Input into a NAND gate is always either in the form of a 0 or a 1, and there are always at least 2. Commercially, you might find up to 8 inputs into one gate – but two is the standard. These two inputs are checked against the gate’s truth table, and an output is generated based on them. In the case of NAND gates, the result (again, either a 0 or a 1) is determined by how many inputs are a 1.

By now, this technology is in its 8th generation. As of November 2022, the most high-performance version of Vertical NAND flash is Samsung’s 1-terabit triple-level cell V-NAND. It features the highest bit density and the highest storage capacity of any V-NAND to date. As a direct result of implementing this newest generation of Flash memory cells, the next generation of server systems (their primary use) will have access to more storage with a smaller footprint.

Increasing additional layers on top of the singular layer found in 2D NAND naturally boosts capacity and performance. Assuming a given area in 2D NAND has a hundred memory cells. V-NAND could, for example, store three hundred in the same space by stacking three layers on top of each other. Modern V-NAND, however, uses hundreds of layers, significantly increasing storage capacity. There are, of course, still limitations, but 3D NAND has proven to be a viable alternative to the older 2D version. With the exception of the Tb version mentioned above, most V-NAND chips in commercial use currently have either 256Gb or 512Gb. The technology itself is still relatively new, after all.

V-NAND is a flash memory-specific technology. It involves stacking multiple dies of NAND memory vertically on top of one another, with the appropriate connectivity between layers. It allows the flash memory capacity to be multiplied while retaining the same footprint without making dramatic node improvements. Stacking dies on top of each other increases the flash chip’s height. Each die, however, is thin enough that the overall height is still negligible, even with hundreds of layers.

This significant increase in storage density is excellent for storage capacity. For hyperscalars in particular, however, the density increase offers specific benefits. Reducing how many server racks are needed while increasing storage capacity helps reduce overall power consumption. V-NAND’s capacity advantage over regular NAND memory has led to NAND being wholly superseded.