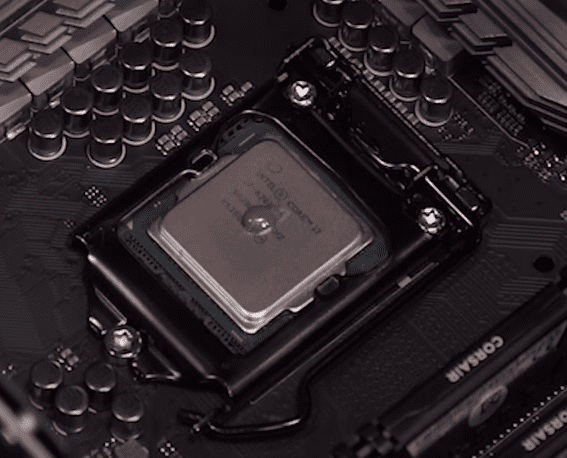 In computers, many parts can produce a lot of heat and need cooling. The CPU and GPU are the primary two sources of heat. They generally both need active cooling, even in a case with good airflow. RAM, SSDs, VRAM, VRMs, and the chipset produce a fair amount of heat. Often these can get away with passive cooling in a case with good airflow as long as they have a reasonably sized heat sink.

However, getting good contact between the actual heat-producing part and the heat sink is more complicated. Generally, both parts are metal, and even if they’re both machined flat and held together tightly, the result isn’t perfect. The flattening process can leave microscopic grooves, letting some air get in that actually insulates the heat transfer. Also, in some cases, the mounting force can cause one or both parts to bow slightly again, leading to poor contact and poor heat transference.

To minimize these issues, a thermal compound is generally used. These typically come in four formats with different use cases, advantages, and disadvantages. Generally, end users only need to deal with one type of thermal compound, thermal paste, so the two are usually synonymous.

Thermal paste is the most commonly thought type of thermal compound. It can also be referred to as thermal grease and TIM, short for Thermal Interface Material. Exact mixtures vary, but it’s generally a polymer paste with tiny metallic particles. The intent is that a small amount is placed on the surface to be cooled.

The cooler is then placed flat on top, naturally spreading out the thermal paste evenly and filling any gaps, no matter how small. For a standard-size CPU, typically, a blob of thermal paste about the size of a pea is enough to provide full coverage.

Thermal paste’s generally come in a small syringe, making it easy to apply a small amount to the area you want. Some, however, come in sachets that can be more difficult to apply and are generally quite messy. Thermal conductivity is measured in W/mK, or Watts per meter Kelvin. Higher numbers are better as more heat can be transferred. Thermal pastes typically offer around 8W/mK.

Thermal pads are basically tiny thin sponges that conduct heat well. They’re generally not as good as conducting heat as thermal paste, partly because they’re thicker than the paste ends up being. These thermal pads are easy to apply because you can clearly see exactly what coverage you will get. The pad tends to be slightly adhesive, making removal difficult, especially if the pad breaks apart.

Thermal pads offer a layer of protection for pressure-sensitive components. Mounting pressure can sometimes cause components to crack, especially if not all the components are perfectly level. The small sponge of a thermal pad allows it to absorb that pressure and helps to level components. Thermal pads are typically not used to cool CPUs or GPUs.

However, they often feature on VRAM, VRMs, RAM, and SSDs. These devices generally don’t output as much heat. So the reduced thermal conductivity compared to paste isn’t an issue. The cost savings are, however, appreciated.

A CPU actually has two layers of the heat sink. The CPU die is covered by an Integrated Heat Spreader or IHS. The IHS is then cooled by the heat sink with a standard thermal paste layer between them. To ensure that the IHS has good contact with the CPU die, another layer of thermal compound is used for optimum thermal conductivity. In some scenarios, standard thermal paste is used. However, the surface area is small, making heat transfer harder.

In modern processors, solder transfers heat between the CPU die and the IHS. This is typically applied as a miniature sheet that gets squeezed during the application of the IHS to form a good connection. As a metal, the thermal conductivity of solder is much higher, at around 50W/mK. It is also electrically conductive, so care must be taken to insulate nearby components.

Some enthusiasts and extreme overclockers opt to use a liquid metal thermal compound. These are based on gallium, a metal liquid at room temperature. However, it is generally alloyed with other metals. This means it can be applied similarly to the standard thermal paste.

It offers excellent thermal conductivity, on the order of 60W/mK. Using it can see multiple degrees of temperature drop as heat is more efficiently transferred away. As much as that sounds great, there are several difficulties.

Great care must be taken when using liquid metals. First of all, gallium shouldn’t be directly handled. Liquid metal is much less dense than thermal paste, so much less needs to be used. It’s electrically conductive, so it can cause short circuits if it spills out onto components.

Gallium is also spectacularly corrosive to aluminum, which is incompatible with aluminum-based heat sinks. Liquid metals are tough to clean off if you want to reapply them. Liquid metal thermal compounds should not be used unless you are very experienced and know all the risks that come with them.

Thermal compound refers to any form of thermal interface material. These materials are designed to provide good physical contact and high thermal conductivity to ensure that heat can be efficiently transferred away. In most cases, the thermal compound will mean thermal paste, as this is typically the only form that end users deal with.

Other types are available, though, with different advantages and disadvantages. Performance is measured in thermal conductivity with the units W/mK. Higher values are better, but other factors such as ease of use and electrical conductivity should also be considered.