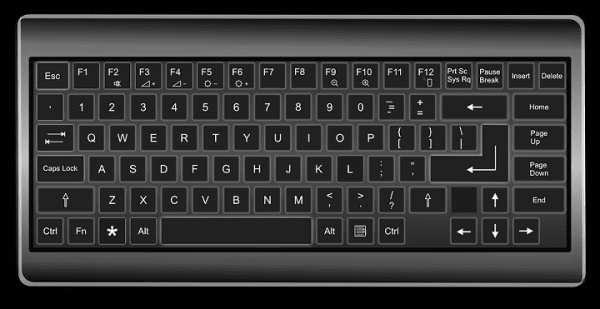 Rollover is used to define how many keys can be pressed at any one time. Keyboards listing key-rollover with a specific number of keys can only accept input from that many keys at once. Keyboards that advertise N-key rollover are able to accept the simultaneous input of all keys on the keyboard.

Tip: PS/2 is a connector standard named after the “Personal System/2” IBM computers on which it was first used in 1987. It is unrelated to the PlayStation 2 gaming console from Sony.

Anti-ghosting is a technology designed to prevent accidental key presses. It is generally an artificial limit on the number of physically close together keys that can be simultaneously pressed. It is intended to prevent users from accidentally pressing more keys than intended.

Anti-ghosting is generally a form of 2- or 3-key rollover. One specific scenario it is designed for is gamers who often use the WASD keys for movement in video games. Typically, however, you don’t want or need all of these keys pressed simultaneously and so the keyboard attempts to limit the activation of the keys pressed slightly later, assuming they were accidental activations.

The use of the word “ghosting” for this scenario is technically incorrect as the term is used to specifically refer to the false detection of key presses. This is typically an issue on cheap membrane keyboards, especially older ones, where pressing two keys can occasionally cause the false detection of a third, unrelated key being pressed.