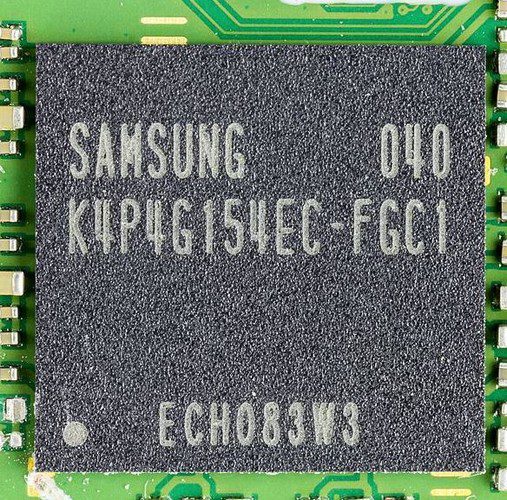 DDR is the standard type of RAM used in all modern computers. It stands for Double Data Rate, which comes from the fact that it transfers data on both the rise and fall of the clock signal. One of the significant improvements over the generations of DDR RAM has been in power efficiency. With DDR1 using 2.5 or 2.6 volts, DDR2 using 1.8 volts, DDR3 using 1.5 or 1.35 volts, DDR4 using 1.2 or 1.05 volts, and DDR5 = which is just becoming commercially available – using 1.1 volts.

While this doesn’t sound like much, it can severely impact the battery life of battery-powered devices. To help to extend battery lives, a low-power variant of DDR was standardized, LPDDR.

LPDDR, or Low Power Double Data Rate Memory, may sound like a lower-powered version of the DDR standard. However, more significant changes exist, and the generations are not directly comparable. Despite being standardized by the same group, JEDEC, the standards themselves are independently developed. For example, the LPDDR5 standard was released before the DDR5 standard, and the LPDDR4X standard exceeded the transfer rates available in the DDR standard.

The LPDDR standards have been carefully designed to operate at lower voltages and to offer features tuned to the current and predicted future needs of mobile computing. LPDDR is primarily used in low-powered devices such as mobile phones, tablets, and some laptops.

So LPDDR needs to offer capable performance as well as reduced power consumption. One of the significant differences between DDR and LPDDR is that DDR uses a fixed 64-bit bus. LPDDR also offers 32-bit or 16-bit bus options for use cases with lower requirements.

LPDDR retroactively referred to as LPDDR1, didn’t make massive changes from the DDR1 standard. The main difference was the reduction in voltage from 2.5 to 1.8 volts. This reduced the operating temperature of the DRAM modules, which then needed less frequent refreshing, helping to reduce power consumption further. Other changes included the ability to refresh part of the array and a “deep power down” mode that essentially wiped the memory.

Two I/O clock speeds were standardized, 200MHz and 266.7MHz in LPDDR1E. This allowed for a data transfer rate of 400MTs or 533.3MTs with a prefetch size of 2n. The 266.7MHz speed is actually faster than was ever standardized in DDR1. This is primarily due to the improvements in microelectronics.

Standardized in 2009, LPDDR2 ran at 1.2V or 1.8V in the LPDDR2E version. It ran at double the I/O clock speed of LPDDR1 with 400MHz or 533.3MHz. Again allowing for double the transfer rate of 800MTs or 1067MTs, respectively, with a prefetch size of 4n. These stats bring it in line with the fastest two standard DDR2 speeds. LPDDR2 mainly adds additional partial refresh options outside of the voltage reduction.

In 2012 JEDEC standardized LPDDR3. The main change here was doubling the prefetch size to 8n, which allowed the I/O clock rate and transfer rate to double while running at the same 1.2 or 1.8 volts as LPDDR2. Data transfer rates rose to 1600MTs or 2133MTs for the LPDDR3E variant, offering comparable performance to DDR3, which was still the standard for PC memory at the time.

DDR4 and LPDDR4 were both standardized in 2014. Both peaked at a 3200MTs transfer rate, though the LPDDR4 standard was later extended to LPDDR4X, which offered unmatched 4267MTs transfer speeds. The LPDDR4 standard allowed operation at 1.1 or 1.8 volts, while the LPDDR4X standard added an even lower power state of 0.6 volts. LPDDR4 made significant changes, including doubling the prefetch size and changing the I/O bus from a single 32-bit bus to a pair of 16-bit buses.

In 2019 LPDDR5 was standardized a year before the DDR5 standard. It runs at lower voltages, 0.5 volts, 1.05 volts, or 1.8 volts, for further improved power usage. It keeps the same prefetch size as LPDDR4 of 16n but doubles the transfer rate to 6400Mts. The standard was later amended in 2021 with LPDDR5X, which added an 8533MTs transfer speed, exceeding the DDR5 standard. LPDDR5X memory is expected to first appear in mobile products in 2023.

LPDDR is a series of memory standards for RAM designed for use in power-constrained environments. It can often be found in smartphones, tablets, and some laptops. While the standards are based on the DDR standards, they are distinct and do not always make the same changes in the same generation. For example, DDR4 doubled the transfer speeds by doubling the internal memory clock speed, while the LPDDR4 standard doubled the prefetch size. These changes were inverted with the DDR5 and LPDDR5 standards.

The most significant difference is that LPDDR is standardized to run at lower voltages, as low as 0.5 volts. Interestingly, it also supports operation at 1.8 volts, which is higher than the 1.1-volt power standard of DDR5. However, it is unclear how much this portion of the LPDDR standard is used. Other changes have been made to the LPDDR standards designed to further reduce power requirements, including numerous improvements to the refresh process.

LPDDR standards are generally being developed faster than DDR standards. This process was caused because LPDDR started development later. However, it has now advanced beyond the DDR5 standard. It is unclear but unlikely that it can maintain this development pace. Or if it will be limited to DDR standard development pace as this is the current bleeding edge of memory technology.