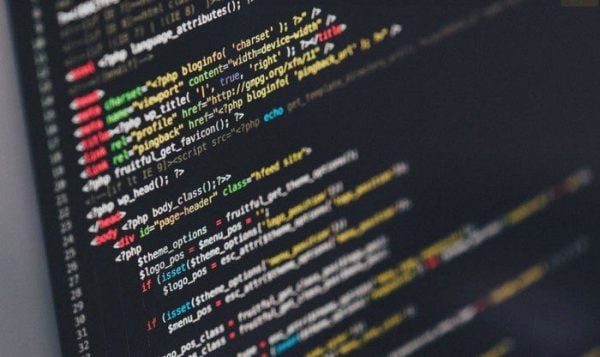 The term IDE has two meanings in computing. The first, Integrated Development Environment, is, by far, the most common. Integrated Drive Electronics is the second meaning. This meaning, though, is unlikely to be used, as the technology it refers to is now thoroughly obsolete.

An IDE is a software development platform with many tools involved in the software development process, allowing much of the process to be done in a single environment. For example, many software languages need to be compiled before they can be run. IDEs tend to include compilers for languages that need them. Debugging code is a necessity, and IDEs have a debugger. IDEs also include other useful features such as syntax highlighting, automatic indentation, code completion, and version control.

This broad integration of development tools helps to ensure a familiar interface and minimizes the need for third-party software. The aim is to enhance developer productivity by simplifying workflows. Some IDEs are designed only to be used to develop in a specific programming language. Others may support a variety of programming languages. Many are available for free.

IDE is an old hard drive connection standard. Western Digital initially developed it. While Western Digital developed the interface, Control Data Corporation was the hard drive manufacturer, and Compaq Computer was the initial customer for implementing the technology. The first computer with an IDE drive was released in 1986.

The name Integrated Drive Electronics specifies the difference from previous HDD connectors. HDDs before this connected to the motherboard via a card. This card included all the control electronics for the drive. IDE moved the location of the drive controller to the actual HDD. This offered several advantages.

While this marginally increased drive costs, it also reduced the overall cost of the drive controller. IDE was also physically cabled into the previously used ISA bus, meaning it was physically backward compatible. Because the drive controller was now on the drive, the control protocol could be significantly more straightforward. Only a memory location needed to be provided rather than instructions for moving the read/write head.

IDE to ATA to PATA

IDE was standardized in 1994 as ATA, short for AT Attachment, itself short for Advanced Technology Attachment. The AT part acknowledged its direct connection to the 16-bit ISA bus introduced on the IBM PC-AT. ATA was also referred to as IDE, though the two differed slightly.

ATA was repeatedly upgraded over the years, with the last version being ATA-8 in 2012. ATA-2 was the first to support other forms of storage rather than just HDDs. The fastest available transfer speed is 167MB/s.

One of the key things to understand about ATA is that it is a parallel interface. This means the connectors and cables are large, with many pins and wires. It also limits bandwidth due to signal integrity challenges. In 2003 SATA was standardized, bringing large-scale change. It switched to a serial connection, enabling smaller connectors and faster transfer speeds. After SATAs standardization, ATA was renamed PATA.

The S in SATA stands for Serial, while the P in PATA stands for Parallel. The advantages of SATA were large enough that the first generation of motherboards to feature the connectors moved from multiple ATA/PATA connectors to having one combined with various SATA connectors. By 2007, the use of ATA/PATA was so uncommon that motherboard chipsets started to drop support for it. Western Digital stopped producing PATA drives in 2013, relegating their supply to specialty and legacy purchases.

IDE most likely refers to an Integrated Development Environment. This software development platform integrates a range of extra features to smooth the development workflow, keeping as much of the process as possible within a single application. Features include compilers, debuggers, syntax highlighting, automatic indentation, code completion, version control, and more.

IDE may also refer to Integrated Device Electronics. This was a name for an HDD connector standard introduced in 1986 by Western Digital. It moved the drive controller from a card attached to the motherboard to the drive itself, simplifying drive management. IDE was later formally standardized with some modifications as ATA. After a few standards updates, ATA later got the retronym PATA when it was replaced with SATA in the early 2000s. IDE, ATA, and PATA are now entirely obsolete, though SATA is still in use.