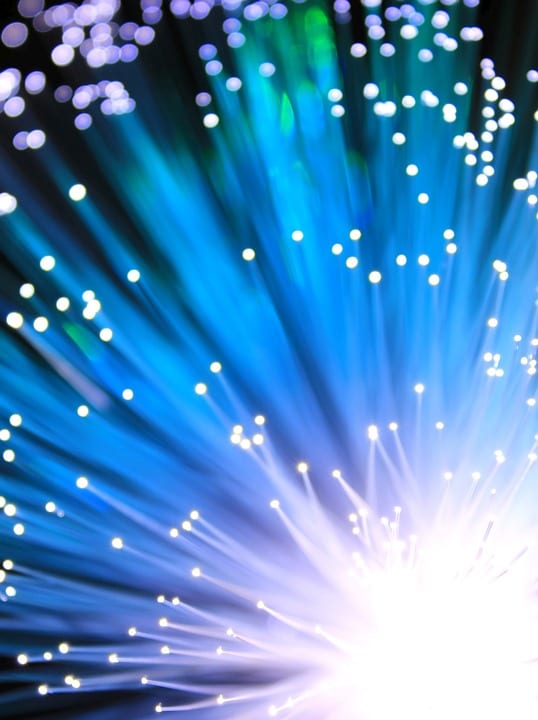 Not to be confused with the File Transfer Protocol (FTP), FTTP stands for Fiber To The Premises. Broadband internet has historically been transmitted over copper cables. These are perfectly functional, but copper cable transmission suffers from distance-based signal degradation. The effect of signal degradation isn’t particularly severe over short distances.

Over medium to long distances, however, there is a drastic reduction in usable bandwidth. This wasn’t too much of an issue when copper cabling was used primarily for landline phone calls and slow dial-up internet. Still, even with large-scale infrastructure investment, copper cabling doesn’t offer high-speed connectivity over long distances from ISP network hubs to people’s homes.

A new transport medium was needed to enable higher bandwidth and internet speeds. Fiber optics offer an excellent alternative. Fiber cables can handle high bandwidth, run over long distances before needing a signal booster, and are immune to electromagnetic interference.

The Problem of Scale

The main problem with rolling out fiber optic cables is scale. There are relatively few internet backbone cable runs. While these may need many cables and may be pretty long, the overall work to lay these cables isn’t too tricky. The problem comes as you expand the network further. Once the ISPs’ core networking hubs are connected, they’ve got to run fiber optic cables to nearby cities and towns. This requires many more cables to be run in many different areas. There aren’t that many cities, so even this process isn’t impossible.

Once you’ve connected a city’s central internet exchange via fiber optic cables, you’ve got to spread the fiber network around the city to the neighborhood network cabinets. This often involves disruption as roads may need to be blocked to lay the cables.

Again the overall cable runs are shorter, but there are many. Each must be planned out and executed individually, incurring high cost and time overheads. Once the main neighborhood cabinets are connected, they must be related to the local cabinets. As you might expect, this significantly increases the number of cables that must be run.

Finally, the ISP needs to connect the fiber cables from the local network cabinet to each building or premises it serves. While one cabinet may not serve that many buildings, there are a lot of buildings across the country that need connecting. This goal of connecting a premise to the internet via fiber optic cable is called FTTP or Fibre To The Premise.

Thankfully this whole process doesn’t need to be carried out all at once, and each step increases the bandwidth available. This isn’t particularly noticeable to the end users in the early stages. Still, as the fiber connections get closer to the end user, the available speeds can increase noticeably.

For example, Fiber To The Neighbourhood FTTN, often meaning a mile of service radius, can generally provide internet speeds of 100Mb/s. Fibre To The Cabinet FTTC, often meaning a service radius of 300m or less, can usually offer half gigabit speeds. Though signal degradation can limit that near the edge of the range. Fibre To The Premises FTTP runs a fiber cable directly to a building.

Generally, buildings are small enough that signal degradation over electrical cabling is negligible, enabling gigabit connections or more. The building may be large enough to cause electrical signal degradation in large office and housing blocks. This can be countered by the building owner running fiber cables internally. Fiber connections within a building typically won’t be managed by an ISP. Large housing complexes like this may differentiate themselves further by claiming Fibre To The House or FTTH. This means they have fiber cable runs to each housing unit.

Fiber To The Premises or FTTP is the end goal of the fiber optic infrastructure rollout. It minimizes the amount of electrical cabling used for Internet access which minimizes related losses and limitations, opening up the window for higher bandwidths. FTTP is a substantial infrastructure commitment and is essentially never rolled out equally.

Larger cities nearer to ISP network hubs are likely to be connected first, and small towns will likely be the last to be connected. Interestingly tiny villages near already connected cities may have an easier time getting FTTP as the extra investment is minimal compared to a town. Conversely, the return on that investment is also likely to be minimal. However, consumer goodwill may lead to a strong market share, even slightly inflated prices.