While Apple continues to dominate the market with the Apple Watch, the problem with this arises for those who use Android. Samsung is the biggest option for Android users, as the company has an array of fashion and fitness-focused wearables. But for years, Fitbit has continued churning out new products, new fitness trackers, and with the Versa, new smartwatches.

Fast forward to 2020 and the company released its most compelling and interesting smartwatch to date with the Fitbit Sense. But the difference between Fitbit and Samsung is that there is actually much more to take advantage of with the help of Fitbit Premium.

What is Fitbit Premium? 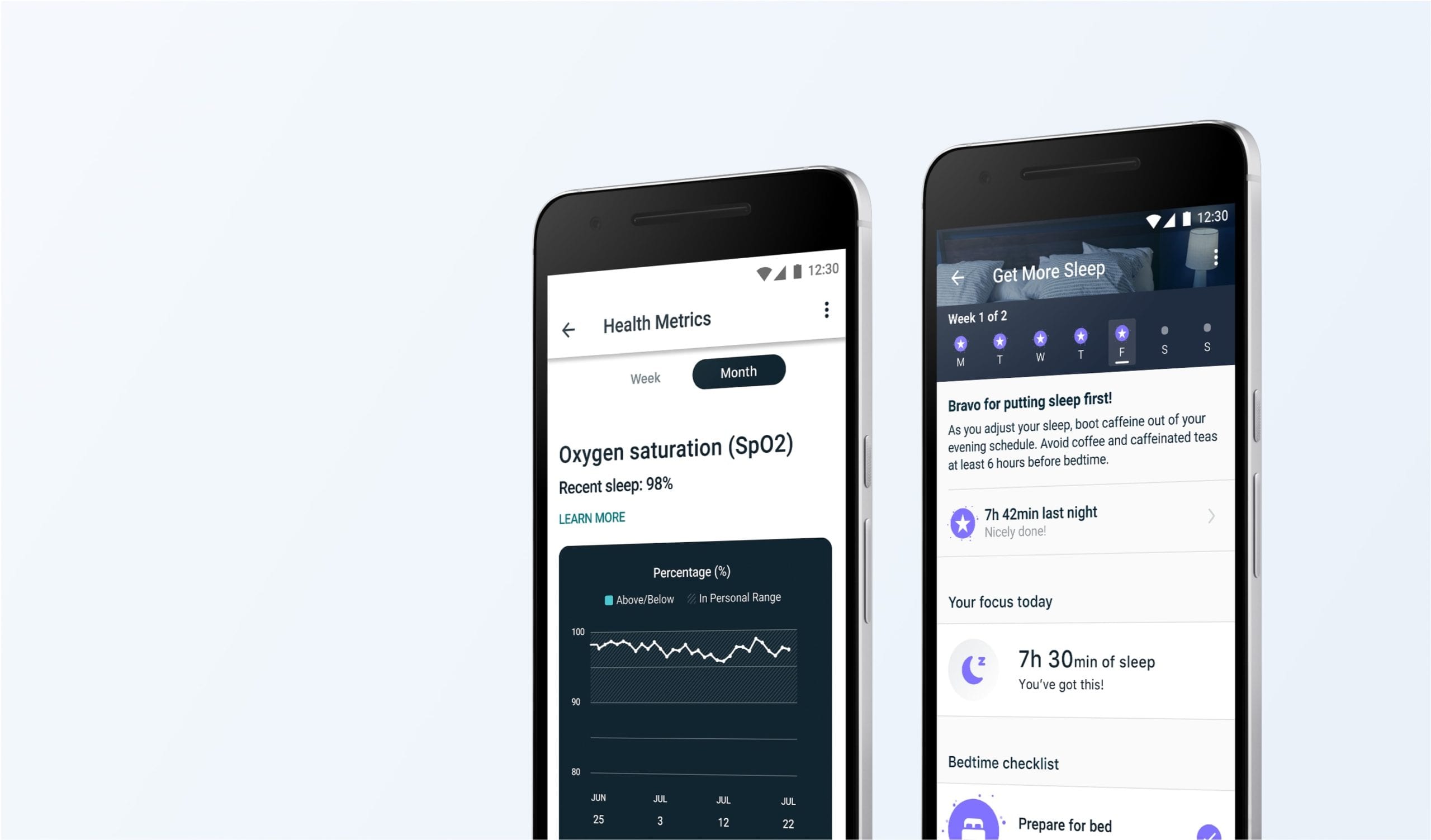 For the unaware, Fitbit Premium is a monthly subscription service that launched back in 2019. This subscription provides a number of additional features for Fitbit users, including classes and health insights.

Just in case you were wondering, no, you do not need to sign up for Fitbit Premium in order to use your Fitbit. The app itself is free and can be downloaded from either Apple’s App Store or the Google Play Store.

There are actually two options if you want to sign up. The first of which is the monthly subscription and is priced at $9.99 per month. Those who want to plan to take full advantage of Premium’s offerings will want to check out the Annual membership, which costs $79.99 per year and saves you more than 30%.

Differences between Free and Premium

So you may be asking yourself whether you should pair your new Fitbit with a Premium subscription in order to get the most out of it. While it’s true that you can use the Fitbit app completely for free, without paying another dime, there are some pretty solid benefits of at least trying out the 90-day free trial of Fitbit Premium. Here’s a breakdown of the differences between Fitbit Free and Premium.

What is included with Fitbit Premium?

As we’ve mentioned there are not too many differences between using the free version of Fitbit or signing up for Fitbit Premium. But those differences may end up being quite useful for someone who wants to pay attention to every little detail regarding their health metrics and workouts. 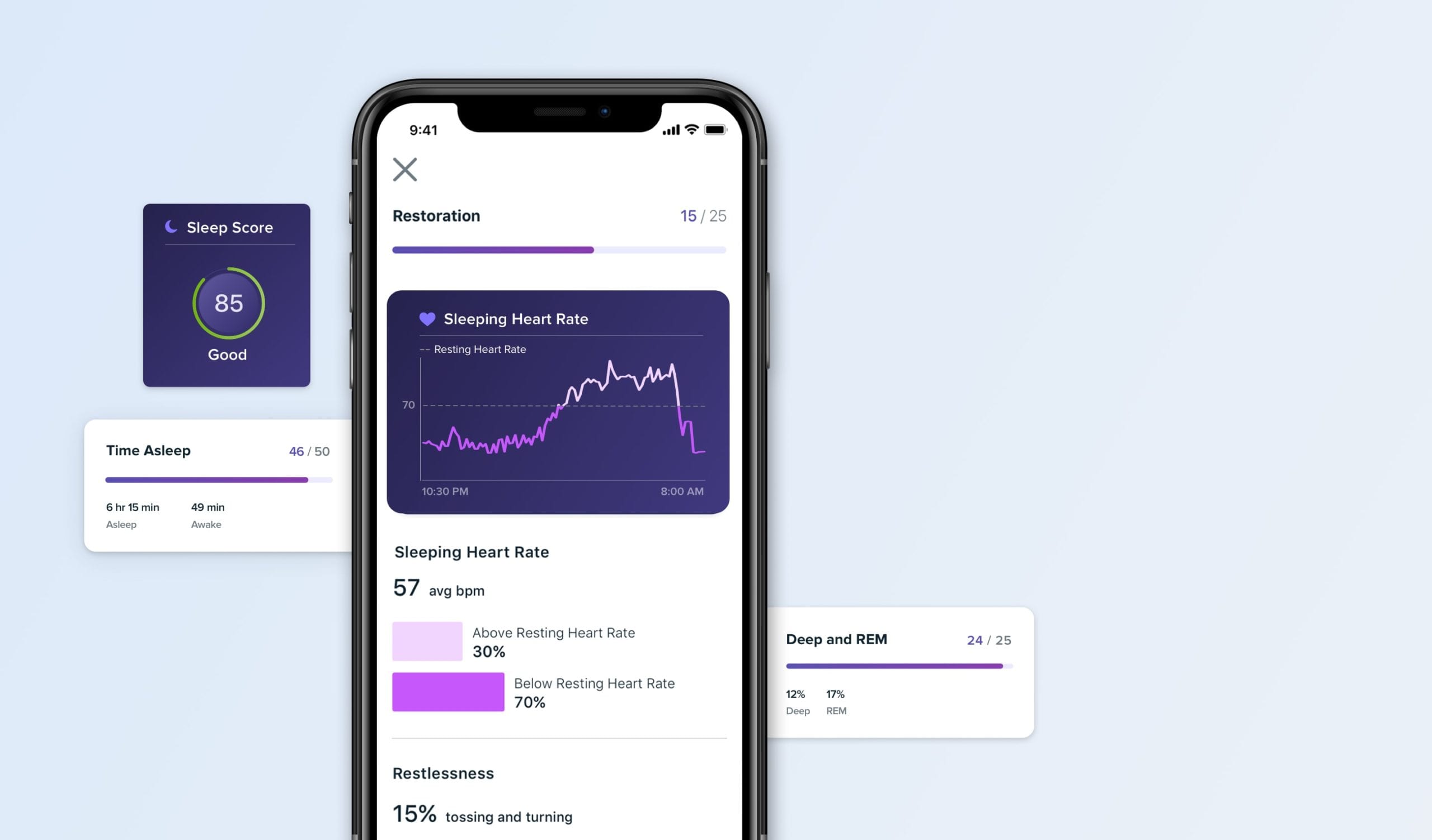 Even with the free version of Fitbit, you are able to take advantage of basic sleep tracking. This includes viewing your overall sleep score, along with your various sleep stages. However, with Premium, things are taken up a notch, as the app shows you exactly how the sleep score was calculated. This is done using metrics such as Deep and REM sleep, Time Asleep, and Restoration. Plus, if you have something like the Fitbit Sense with its ECG monitor, these can play a role in your sleep, while providing more in-depth information. 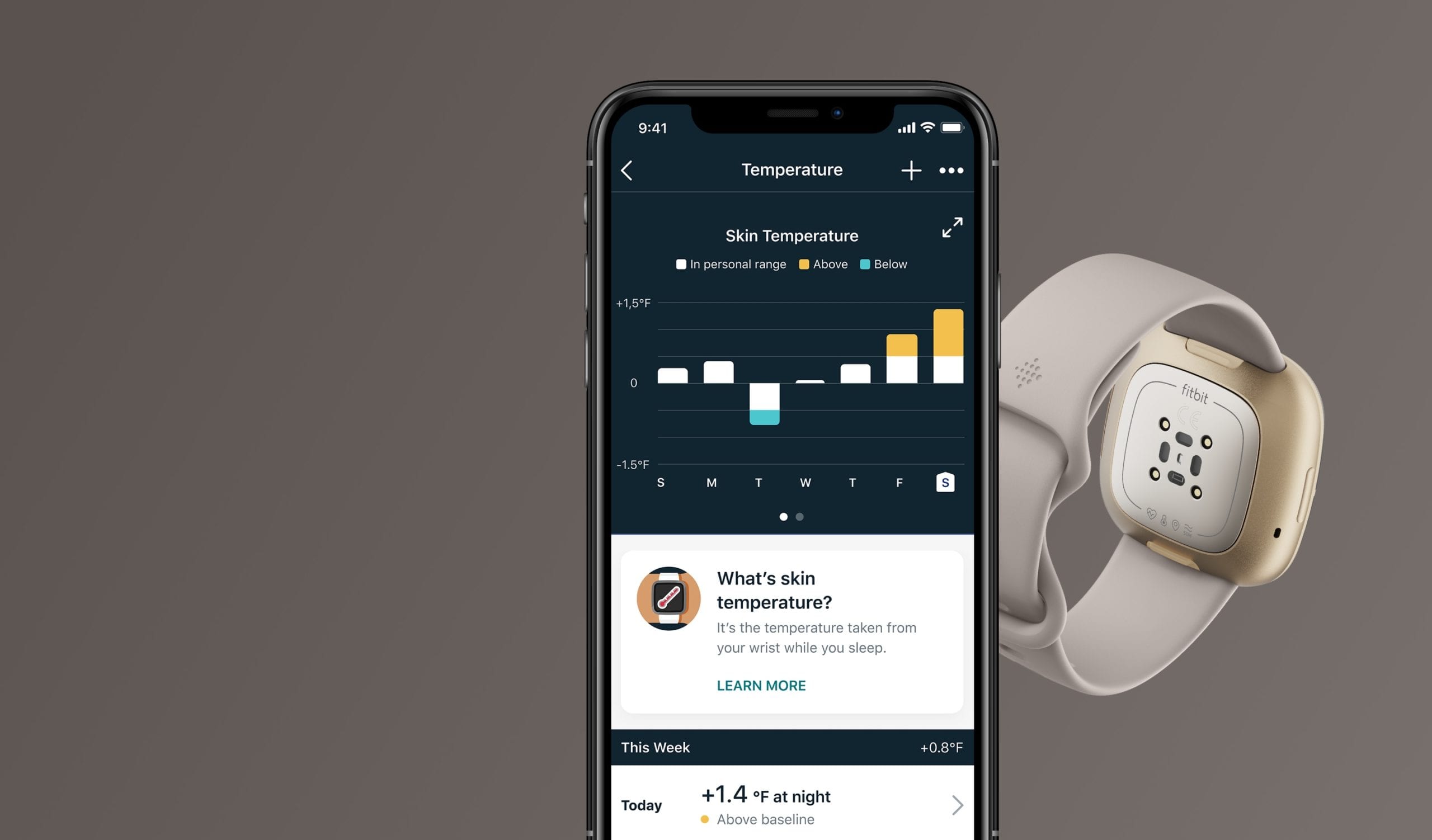 The Fitbit Sense is the most robust smartwatch/fitness tracker that Fitbit has released to date. There are a myriad of sensors at work, attempting to help you keep track of what your body is doing and how it is reacting throughout the day.  Unlike the Apple Watch, to harness the full power of these sensors requires the Fitbit Premium subscription.

Things like SpO2 monitoring while you sleep are available in the Health Metrics portion of the Fitbit app. This pairs quite nicely with the skin temperature sensors found on the Sense that take readings throughout the night. This combination makes it so that you can detect if something is “off” and whether you could potentially be getting sick, before it hits you.

You may have thought that Apple was the first to the party in terms of guided workouts and challenges. But that’s simply not the case, as Fitbit has had this available for Premium subscribers for some time. Free users will not have access to these, however, Premium members can take advantage of more than 150 different workouts and challenges. The challenges are especially helpful, as you can get your friends and family in on the action for the motivation you need. 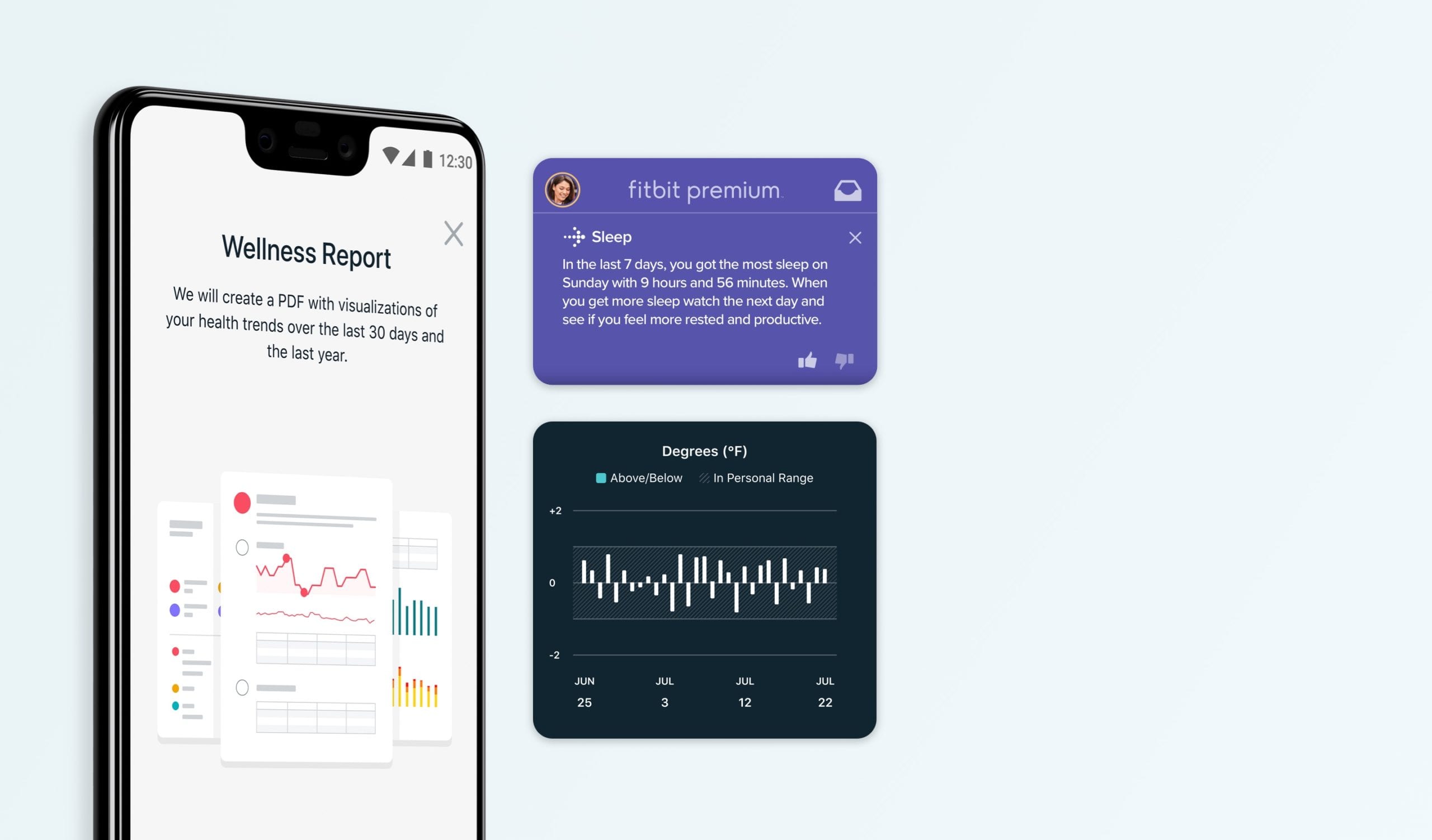 Over time, you will see the ebs and flows along with ups and downs of various aspects of your health. Normally, you would need to rely on heading to the doctor’s office to see some of these, but Fitness Premium offers “Wellness Reports”. These are automatically generated, and provide a 30-day overview of various aspects. The reports include the following pieces of data:

Plus, there are detailed graphs, so it’s easy to understand and make sense of what may be working, or what you may need to stop doing.

Working in conjunction with these wellness reports are Fitbit Insights. The application uses the data being collected to provide “observations” regarding any sudden changes. For example, if your Sleep Score has decreased, the app will notify you while offering some suggestions on what changes can be made to sleep better at night.

What devices work with Fitbit Premium? 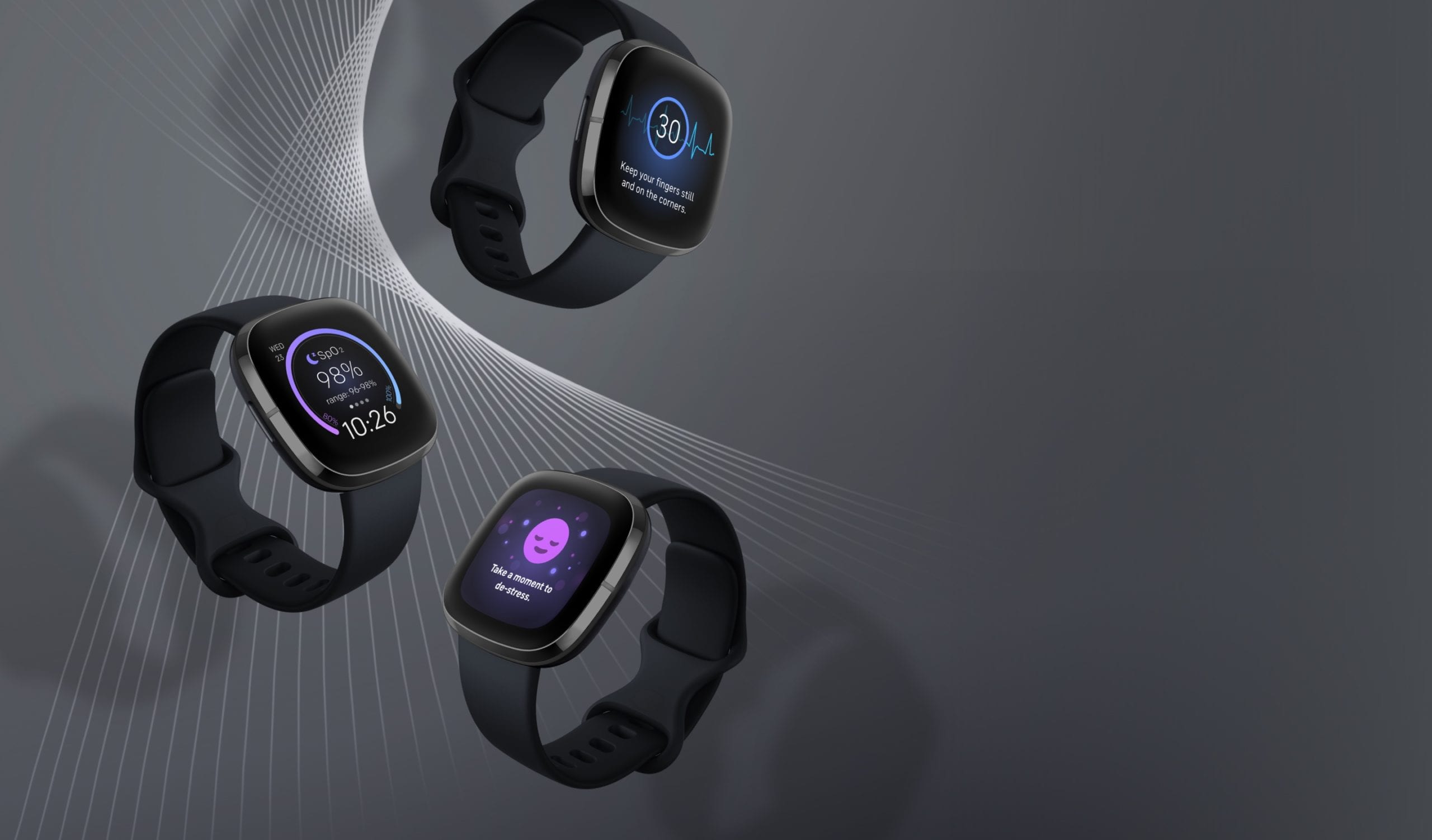 Since Fitbit Premium is based on the application, and not necessarily the fitness tracker or smartwatches, all of Fitbit’s products are compatible. There are some features that can be found on some (like the Fitbit Sense) that won’t be available on others (i.e. Fitbit Inspire HR). Here’s the full list of products currently available from Fitbit:

Even if you own an older Fitbit but want to try out Premium, then you should not run into any issues during the setup process.

It’s important to note that there are some Fitbit products that include a free trial with purchase. For example, Fitbit Sense includes six-months of Fitbit Premium, so you will just need to follow the steps within the app to activate the longer trial.

This is a question that everyone wants to know, and the truth is that it’s completely dependent on your use case. Fitbit Premium does add some pretty awesome features that are sure to help everyone, but the $10 per month may not be worth it. However, the best part about Fitbit Premium is that you can sign up for the 90-day free trial before committing any more money. So our suggestion is to give it a shot, and see whether the enhancements are worth the investment.