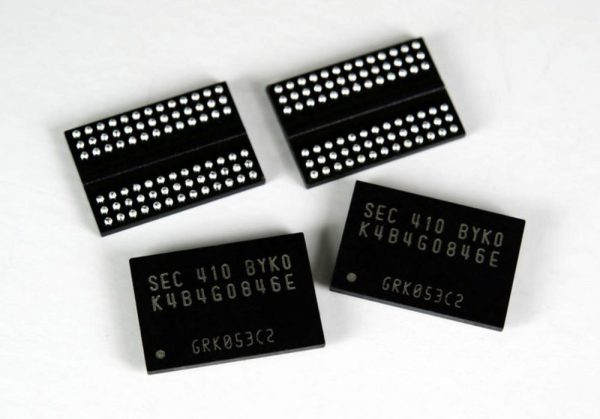 Left to its own devices, any sort of data stored in DRAM would leak away after some time. As especially capacitor-based memory cells gradually lose their electric charge. This can be prevented by occasionally refreshing the memory externally. So every now and again, the data stored is rewritten in precisely the same way to keep it current.

This differs from SRAM, which doesn’t need to be refreshed similarly. However, it does have some similarities to SRAM because both are volatile memory types. DRAM exhibits limited data remanence. Data Remanence refers to the ability to retrieve bits of data even after attempts to delete it (or after power failure).

Where Is It Used?

DRAM sticks have dozens and billions of individual DRAM cells that make up the memory stick. In all sizes, it’s a popular choice for the main memory of modern computers and sometimes graphics cards. In other words, the part commonly referred to as RAM is often DRAM. Video consoles also often use DRAM. Smaller electronic devices and simple toys that still have some form of memory tend to use SRAM instead.

What Are the Advantages and Disadvantages?

Despite its popularity in tech, DRAM does have its weaknesses. It’s slower than SRAM, for example. It’s also cheaper, which comes into play when the cost is more important than speed. Another downside is the size – DRAM takes up more space than SRAM.

It also requires additional interactions. Making circuitry and timing more complicated. Despite all that, DRAM cells are structurally more superficial and smaller than SRAM cells. This makes them suitable for larger memory sticks, as they take up less space than other memory types would do.

DRAM stands for Dynamic Random Access Memory. Like any sort of RAM, DRAM is volatile, meaning it loses the data it holds if power is cut. The word Dynamic indicates that DRAM memory cells need to be regularly recharged to retain their data. This recharging process is handled automatically. Newer subsets of DRAM are typically used as system RAM. Don’t forget to leave your thoughts on the subject in the comments.