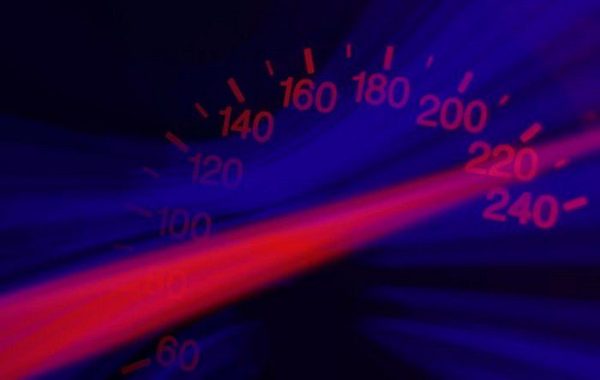 Suppose you hang around computer tech sites, channels, and blogs for long enough. In that case, you’re likely to hear the term overclock or overclocking. From the context, you may be able to gather that it’s a way to boost the performance of a computer. But what is overclocking, and how does it work?

Every high-performance component in a computer has some sort of clock or connects to one. The clock is designed to provide a standard timing system for the device. For example, RAM has a clock, and data is transferred each time it oscillates from one state to the other. The CPU and GPU have clocks that control their speed too. In fact, if you’ve looked at buying a CPU, you may have seen them have two advertised clock speeds. A base clock and a boost clock. The word boost certainly implies better performance and comes with a more significant number.

At its core, it’s really that simple. Overclocking gets the name simply because you manually increase the clock’s speed over its default. Computer devices synchronized with clocks can only do a certain number of things per clock tick. The exciting thing is, if you speed up the clock, they can do more per tick. Because the clock ticks more times per second and the component does more per tick, you get a performance boost roughly equal to the increase in the clock’s speed.

There was a keyword in that last sentence. It was “roughly.” Unfortunately, these things tend not to scale perfectly, especially when pushed quite far. There is a range of reasons for this. For one, many components in your computer can be a limiting factor, bottlenecking performance. It doesn’t matter much if you double the performance of your best part if there’s a slow part holding it back. You’ve also got software issues, as many programs just don’t fully utilize the hardware of modern computers.

There are also some significant limiting factors. Power draw is one, while heat is another. Running something faster uses more power. This on its own produces more heat. Only so much power can be put into modern electronics without frying them, so there are limits to how much power you can use. You should generally stay clear of that limit as it is not precisely defined or standard. Generating lots of heat makes it harder to keep the component cool. Again, components can only withstand so much heat and are designed to throttle themselves to prevent thermal damage. This thermal throttling can easily result in lower performance than leaving everything at the default settings.

How Does It Work?

The exact method of overclocking depends on the component you’re trying to overclock and, to some degree, what hardware you have. Some products offer software options, while others need to be configured in the BIOS. Some options are entirely manual, while others feature a one-click or low interaction option.

A CPU has its clock set from a clock on the motherboard. This clock – almost – always runs at a clock rate of exactly 100MHz, or 100 million oscillations per second. The CPU uses a multiplier to increase this number for its clock speed. For example, a multiplier of 52 would get a clock speed of 5.2GHz. CPU overclocking can be as simple as adjusting this multiplier. Of course, there are many more options if you want to go more in-depth.

A GPU runs its own separate clock. This can almost always be adjusted via software. The exact naming may vary, but you often need to increase the power target to overclock a GPU. You may also be able to manually set a speed both for the GPU itself and the VRAM memory it uses. Make sure to use small steps as GPUs are very expensive. You can damage them if you push too hard. Overclocking a GPU will typically not make all that much of a difference as they are already highly tuned to run as fast as possible with the thermal or power headroom they have.

RAM overclocking involves configuring the clock speed but also a large number of timings. These are very extensive, really in-depth, and interwoven. It can take days or weeks for an experienced user to tune RAM timings optimally. Manual RAM overclocking is generally not recommended unless you know what you’re doing. This is the case even if you’re familiar with other forms of overclocking, as adjusting RAM timings is quite different.

A Warning and Some Advice

A key thing to know about overclocking is to be careful and to take it slow. Push things too far, especially if you’re adjusting the voltage being provided to a component, and you can permanently damage one or more parts of your computer. Only make tiny adjustments in voltage. Typically, you can make adjustments in millivolts. If a component takes 1.500V, adjusting it by 0.015V would be a big change. Typically, changes should be made in steps of 0.005V or at most 0.010V if it’s the first increase you’re making.

It’s critical to test your stability after basically any change. This involves not just booting the computer up but putting it under stress too. Some configurations may be barely unstable and can crash after a few minutes in a game or benchmark. In some cases, it can take hours for stability issues to show. It’s also a good idea to keep track of benchmark results, so you can see performance improvements. You may want to ensure that at least one of these benchmarks represents what you want to use the computer for.

Overclocking requires pretty good cooling, especially if you’ve increased the voltage. This can affect the ambient temperature of your room if you don’t have adequate air circulation in and out. The cooling ability of any cooler depends on the ambient temperature. A hot room will result in even hotter components, potentially having to thermal throttle to prevent damage. If you’ve got liquid-cooled radiators, try to ensure they heat the air as it leaves the computer case. Otherwise, you just increase the ambient temperature in your case, worsening the cooling of everything else.

This is because overclocking increases the power draw and heat output, as we mentioned earlier. By keeping the heat and power of the rest of the CPU down, you can often squeeze a little bit of extra performance out of one or two cores. This extra single-core performance can make a more significant difference in single, or lightly threaded tasks such as video games than an all-core overclock.

When overclocking a CPU, if you’ve got adequate cooling, you can generally safely set your overclock to match the advertised boost clock. You may also be able to push it a couple of multiplier steps further. To be able to go higher, you may need to increase the CPU’s voltage to get it stable. Just be very careful when doing so to make tiny changes. Too much voltage will kill your CPU, and any increase in voltage, even small ones, will increase the heat output.

Tips and Tricks – GPU and RAM

GPU overclocking generally doesn’t benefit gaming scenarios much unless you’ve got an excellent cooling system. It’s free extra performance if you have the thermal headroom, which is nice. Still, you’ll often only see single-digit FPS increases.

For RAM overclocking, there’s actually a simple, almost plug-and-play solution. XMP or eXtreme Memory Profile allows RAM manufacturers to encode some timings for an overclocked performance mode. Not all RAM offers XMP. But if yours does, all you need to do is plug it in and then go to the RAM settings in the BIOS and enable the XMP profile. It won’t squeeze the absolute most performance out of your RAM. It will, however, get most of the possible performance with almost no effort, which is a win in our books.

If you manually overclock your RAM, just be aware that the timings work very differently from the CPU clock multiplier. Each timing measures how many RAM clock cycles it will take to do something as they are a measure of latency. If you increase the clock rate, you must increase most of the timing values. Not doing so will and making more than minor clock rate changes will almost certainly result in system stability.

For reference, if you doubled the RAM clock rate, you would also need to double most timings. This is because the clock rate affects the transfer rate and bandwidth while the inherent latencies of the memory are still the same in absolute terms. For example, in DDR4-3200, the CL timing is roughly half that found in DDR5-6400 RAM. The bandwidth of the DDR5 is double that of the DDR4. The CL timing, however, still takes the same amount of absolute time in nanoseconds and so needs to be doubled when the clock rate halves.

Overclocking increases the performance of some computer components by increasing how fast their internal clock oscillates. The name literally comes from the clock speed being raised over its default value. In most cases, overclocking will refer to the CPU. However, other components can also be overclocked. The performance increase is roughly linear in scale with the increase in clock speed, though not all applications will benefit equally.

Overclocking is generally a manual process. However, many tools exist to help. XMP offers almost plug-and-play RAM overclocking, while CPUs and GPUs will automatically boost to higher than base clock speeds if they’ve got the thermal headroom. There are also software tools that can at least partially automate the manual process.

Overclocking does come with some risks. It almost always voids your warranty and can even void the warranty of some other components of your computer. It can also result in permanent hardware damage or even outright kill components. It’s generally a good idea to look up a least a few helpful in-depth guides before you jump into the deep end. These guides can help point out easy wins and expected or dangerous pitfalls.