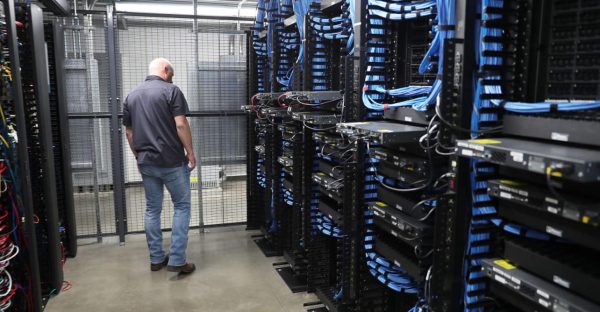 If you’re familiar with the configuration of a home network, you’ll know the basics of a router. The router defines the network and acts as a gateway to other networks. In a home network, those other networks are generally the Internet. That doesn’t need to be the case, though. In enterprise-class networks, you’ll often find an array of networks interlinked by different routers and different ports on those routers.

You’ll often find that routers don’t have that many ethernet ports. Many home routers offer at most two, three, or four ports, while some only offer one. Enterprise-grade routers will always provide more than four ports but don’t generally offer dozens of ports. This means that you may not have enough ports on your router to connect all the devices that need to be connected.

To get around this, two network devices can help. The first is a network hub. This offers a more significant number of ports but forwards any incoming traffic to all other outbound ports. All devices share bandwidth, which can cause issues, especially in large networks. The other option is the network switch. The switch also offers many ports.

But in contrast to the hub, it only forwards network traffic onto the device it is supposed to go to. This means that the bandwidth to each host is independent of any other host. Network switches are significantly more popular than hubs because of their better bandwidth capabilities.

The Basics of a Switch

A network switch typically offers a large number of ethernet ports. Small business/Home Office switches offer four, eight, or twelve ports and usually don’t exceed that. They are small devices designed to sit on top or under a desk, not unlike a router. Enterprise-class routers are rack mounted like Enterprise routers. These generally max out at 48 standard ports per 1U switch. However, these also tend to have a small number of other ports, including ethernet ports. They are typically designed for higher bandwidth connections to routers.

The core feature of a switch is that it operates at layer 2 of the OSI model, the Data Link layer. This means that it routes data via MAC addresses rather than via IP addresses. Switches listen to the ARP traffic on the network and build up an internal table of which MAC addresses are available on which physical port. This means that when traffic is destined for a specific MAC address, the switch knows exactly which physical port to route the traffic down to get it to the correct host.

Some switches, especially those with multiple connectivity media, operate at both level 2 and level 3 of the OSI model. Switches that do not purely layer 2 based are called multilayer switches.

Basic switches don’t have any configurable options and are called unmanaged. Many home office switches offer a web management interface with basic functionality. Enterprise-class switches are managed and offer primarily CLI-based configuration. Often via a console port, though network configuration may be possible.

Generally, a mesh of connectivity between devices is desirable in computer networking. A mesh topology offers redundancy in case of link or device failure. There is a problem doing that with switches, though. Because switches are within a broadcast domain, they transmit any broadcast packet they receive on all other ports. If there’s a mesh in place, there is a loop in the system that causes broadcast packets to enter an indefinite loop.

This broadcast loop consumes the buffer space in a relatively short time. Overwhelming the switch’s ability to transmit data and causing a broadcast storm. These tend to render the network unusable. The high volume of network traffic can also cause a significant spike in CPU usage of network-connected devices, potentially rendering them useless. If a network can get into a broadcast storm, the only way to resolve it is to break the loop, generally by unplugging an offending ethernet cable.

The software does exist to neutralize the risk of a broadcast storm. Rapid Spanning Tree Protocol, RSTP, the backward compatible successor to Spanning Tree Protocol. It allows a network to determine preferred routes and temporarily disable non-preferred routes. When any change to the network is made, such as a device. If or link fails, the calculation is reperformed automatically, which can reenable the previously disabled backup link. STP used to take around a minute to converge on a preferred configuration. RSTP can complete the whole process in 6 seconds.

Some managed switches include options to drop broadcast traffic when it’s consuming more than a specified bandwidth. This technique allows loops but neuters the risk of broadcast storms.

A network switch is a computer networking device that offers several connectivity ports, typically ethernet ports. Each port can use its total bandwidth independent of the throughput of all other ports.

Home office devices that can sit on a desk and typically offer up to 12 ports while coming up with generally basic configuration options, if any are available. Enterprise-class switches are rack mounted, offer up to 48 ports in a 1U switch, and come with full management options. Switches operate on layer 2 of the OSI model, routing traffic by MAC address.