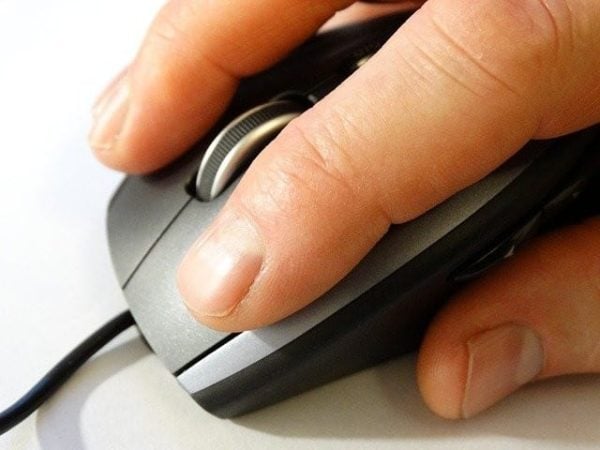 Scroll lock is a key on most keyboards, although most people never actually use it. Realistically the use case of scroll lock has been superseded by the computer mouse.

What did scroll lock do?

Scroll lock was first included on the original IBM PC keyboard in 1981. In this time period, there were no graphical interfaces or mice, the computer was entirely text-based and controlled by the keyboard. By default, with scroll lock off, the arrow keys would move the cursor over the text window. With scroll lock enabled, however, the arrow keys would scroll the contents of the text window, rather than moving the cursor. Scroll lock acted as a toggle key, remaining in the same state until it was pressed again, rather than needing to be held down.

On modern computers, this functionality is essentially unnecessary as the mouse allows for much finer control of the cursor and can control scrolling through the use of scroll bars and the scroll wheel. Thanks to this, most programs completely ignore the scroll lock key now.

Not all modern software ignores scroll lock, however, some programs still use it for its original intended purpose. For example, Microsoft Excel will change the selected cell if scroll lock is disabled. If scroll lock is enabled, however, it will scroll in the direction of the arrow key that you press. Other software that still uses scroll lock includes IBM Lotus Notes, Forté Agent, Image-Line FL Studio, Renoise, Microsoft Project, and LibreOffice Calc.

In Linux, pressing the scroll lock key while text is being printed to the console freezes the console output. While the output is frozen the process continues in the background, and inputs are still accepted. This allows the users time to read fast scrolling messages that would otherwise be missed.

If you need to use scroll lock but don’t have the key on your keyboard, some keyboards have implemented it as a secondary function hotkey that can be accessed by pressing Fn and another key. The exact key combination if it exists, varies between manufacturers. Alternatively, you can use an on-screen keyboard to toggle scroll lock. The built-in Windows on-screen keyboard includes the scroll lock key.