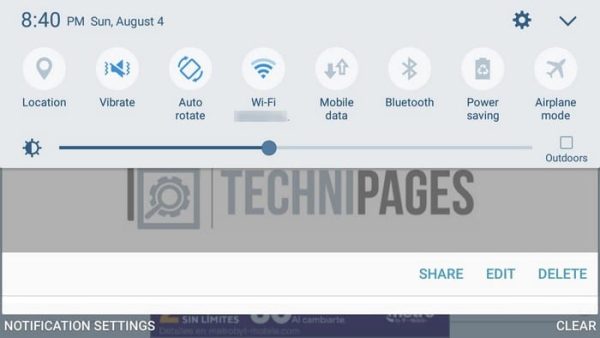 Taking a screenshot on an Android device can vary depending on the model you’re using. It’s your choice if you take your screenshots by using a third-party app or button combinations.

With Android Pie, there are two options when it comes to taking screenshots. There are the traditional way and a new way that you’ll only find in Android Pie.

How to Take a Screenshot in Android Pie – The Traditional Way

No surprise here when taking a screenshot the old-fashion way in Android Pie. The buttons you’ll need to press are the volume down and power button. Make sure that you press these two buttons at the same time. If the screenshot were taken correctly, you’d see a preview of your screenshot in a small circle with edit options.

How to Edit Screenshots in Android Pie

Tap on the edit option to crop or draw on your screenshot. To crop your screenshot, drag the corners of the grip so that only the desired part of the image is inside it.

Android Pie comes with a lot of new features, and in regards to the screenshots, you have a new way of taking one. The editing options may not be the best, but there are plenty of third-party apps that will help you with that. How would you improve the integrated screenshot option in Android Pie? Share your ideas with me in the comments below.