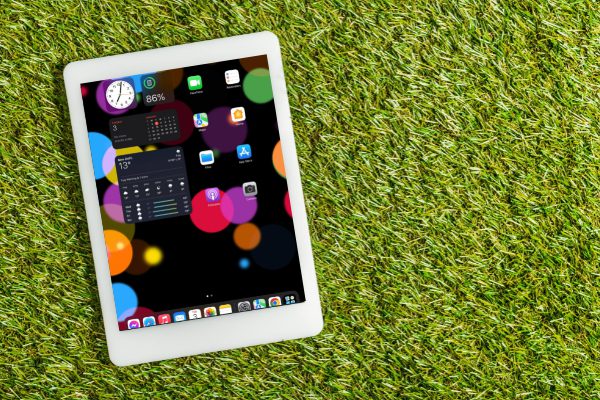 Smart Stack widget shows you information from your most-used iPhone or iPad apps in the right place at the right time by using the iOS AI feature.

iOS widgets show you quick information from your favorite apps like the weather app, stock app, sports app, calendar app, etc. However, so many widgets on your iPhone or iPad screen might give a clutter-like feeling.

What Is the iOS Smart Stack Widget?

Apple introduced the Smart Stack feature in iOS 14. Smart Stack is an intelligent collection of iOS app widgets. Your iOS device can automatically stack up to 10 widgets from your favorite apps.

It saves screen space on your iPhone or iPad by stacking up to 10 widgets. However, it can only host and stack widgets of similar sizes.

How Does Apple Smart Stack Work?

The best thing about Smart Stack’s working principle is the artificial intelligence (AI) based automation of the Smart Stack widgets. When you use a specific app in a particular location and time habitually, iOS notices this pattern.

When you repeat this for a few days, iOS considers this your habit. Then, in the exact location and time, the Smart Stack will rotate the widget to the front automatically.

For example, look at the following:

That’s not all! Throughout the day, the Smart Stack widget will also show information and views from other app widgets depending on the time and location.

Can You Edit Smart Stack on iPhone?

Yes! You can edit the widgets that show up on Smart Stack. If iOS shows an irrelevant widget, you can remove it and replace it with another. Moreover, you can add a custom Smart Stack widget.

How to Create a Smart Stack Widget

Creating a Smart Stack or a collection of useful app widgets is super easy. Follow these steps, and you’re there:

How Do I Add Apps to My Smart Stack Widget?

Apple is yet to offer the option to add apps to your Smart Stack widget. However, you can add app widgets of similar size anytime you want.

How to Add Widgets to Smart Stack

Though the iOS itself populates the default Smart Stack widget, you can learn how to edit the Smart Stack list if you want to remove any app widget or add a new one. Here’s how it’s done:

You can control whether you want iOS to rotate the widgets on the Smart Stack automatically. Here’s how:

How about activating the AI-based automation on Smart Stack? Just follow the abo steps to reach the Edit Stack screen. Then toggle on the features that you’ve just turned off.

Another exciting thing about the Smart Stack widget feature is you can create as many Smart Stacks as you want. You can also fill those widget stacks with widgets from your preferred apps.

Add a few widgets of the same size on your iPhone or iPad home screen. Now long press on a widget, drag it and place it on another widget.

iOS will create a widget stack. Now, add more widgets of similar size to this new stack. Once done, activate Widget Suggestions and Smart Rotate from the Edit Stack screen.

Apple made a few improvements to the Smart Stack feature since its launch in the iOS 14 operating system. The most important update is the Widget Suggestions. You won’t find it on iOS 14 but only on iOS 15 and later.

Widget Suggestions automatically display app widgets on the Smart Stack, depending on your last interaction with the app. The iOS AI considers the frequency of app usage and usage at a specific time of the day.

How Do I Turn Off Smart Stack?

As mentioned above, you can turn off the Smart Stack features from the Edit Stack screen.

You can also delete the Smart Stack widgets from all the home screens of your iPhone or iPad by following these steps:

Now you know how to utilize the latest iOS features, Smart Stack, for convenient widget management.

Don’t forget to leave comments below if you know other tricks and tips for the Home Screen of iPhone and iPad.

Next up, customize and add Telegram app widgets.