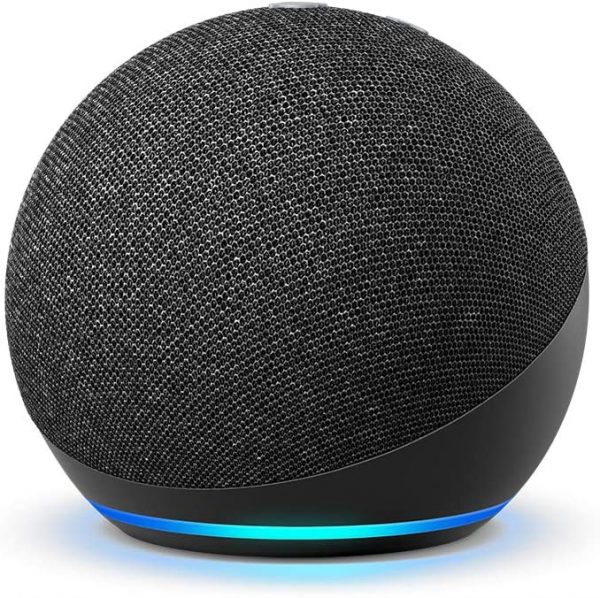 Google Home or as it was rebranded, Google Nest, and Amazon’s Alexa are fierce competitors in an otherwise non-existent market – that of smart speakers. While the hardware remains the same, the functions available and the technology behind the service constantly evolve and improve.

Of course, while most users already have a preference, be it based on aesthetics or function, or even price, a comparison can help the undecided make a decision. On the face of it, the two compete on relatively even grounds. In fact, for casual users, both devices will likely work just fine, but we decided to look a little deeper.

Both devices have their own smart assistant – Amazon has Alexa, and Google has the nameless Google Assistant. While both are great voice assistants and can answer questions, control smart devices, and more, there is a key difference: skills.

Alexa has support for third-party functionality, which allows users to teach it things like ordering pizza, or reading a child a bedtime story. Google Assistant has several ‘unnecessary’ functions such as the ability to tell jokes on request, but it lacks the variety of things that Alexa can learn. Is all of that necessary? No. Is it nice to have? For many users, definitely.

The flip side is that while Google Assistant has become very good at understanding natural syntax, Alexa is quite rigid and will only understand commands if they follow the right syntax as closely as possible. For older users or those with memory problems, having to change the way they speak can be difficult – and therefore, a barrier that the Google device doesn’t have.

Another limitation of Alexa is how harshly it is tied into Amazon – while that makes sense, it’s almost impossible to get her to help you shop anywhere else, something the Nest has no issues with. The Nest is also much better at scouring the internet for information – Alexa largely relies on Wikipedia, and, again, Amazon.

For basic functions such as reading the news, setting timers, and spelling words, both devices work equally well. As far as conversations go, Google Assistant has an edge – it can remember things during the conversation. With the Nest, it’s possible to ask ‘Who wrote Harry Potter?’ and after the answer, follow up with ‘What else did she write?’. For Alexa, you would have to phrase the second inquiry as ‘What other books did JK Rowling write?’.

Both the Nest and the Echo have a simple design with several different versions, be they square or round. The Dot used to be rectangular but is now cylindrical – just like the Nest Mini. The bigger Nest is shaped like a rectangle with rounded edges.

The Dot has options for a version with a built-in clock, and both devices are available in different colours. Both come in blue, black, and white – the Nest also comes in green and salmon.

The Echo Dot is available in a few special versions as well – such as the kids’ edition, which features a panda design on a white Dot, or a tiger design on an orange one. Both the Nest and the Echo also have more niche device options that come with a screen – the Nest Hub and the Echo Show.

Both are economically sized and have smaller and full-sized options available, so as far as appearance goes, it’s entirely up to preference. The additional colours of the Nest look good but aren’t exactly revolutionary. The Dot has additional RGB lighting strips that may appeal to some.

While the main appeal of both devices is definitely the smart functionality, they are also speakers – and therefore, sound quality matters. The original and now discontinued Google Home Max absolutely lead the way in terms of sheer volume – without it, the Echo Studio is the new king. The Echo Studio has an impressive level of sound quality as well and boasts angled drivers that allow for directional sound.

The mid-tier devices – the Nest and Echo – sound very similar, with good enough audio quality to be nice to listen to. The Echo has a slight edge when it comes to bass, while the Nest does treble a little better, but for most users, the quality is absolutely comparable.

The smallest devices – the Echo Dot and Nest Mini have somewhat more noticeable differences. The Nest Mini is quite weak in the bass and midrange, an issue the Echo Dot doesn’t have. The smaller ones are ideally suited to be on bedside tables or less spacious desks, so their smaller size naturally also means some trade-offs – the Echo Dot has an edge over the Nest Mini, but the larger sized devices are about the same in terms of quality.

One of the key driving forces for people actually buying a smart home assistant is their ability to control smart devices around the home. Almost everything can be a smart device now – lights, heating, doorbells, the radio, even fridges and washing machines. Not all devices are compatible with both the Echo and the Nest, although market-leading smart device brands do generally offer support for both.

The exceptions are Blink and Ring – both are owned by Amazon and therefore only work with Alexa. The Nest thermostats and cameras, both owned and created by Google take a more user-friendly approach – they are compatible with both Alexa and Google assistant.

Regardless of what smart devices you have though when they are properly set up and connected to your chosen device, you can do things like combining them into rooms, setting up routines, and so on. While both devices let you combine different actions – turning things on, dimming the lights, changing the temperature, and so on – into a routine that can be activated with one command, there is a marked difference between the Nest and the Echo. As mentioned before, the Nest is remarkably better at understanding natural speech – and that extends to its understanding of commands.

Where Google is likely to understand “turn off the bedroom lights” as a routine or command, Alexa tends to ask follow-up questions – and it definitely doesn’t take commands as reliably as the Nest does. It’s partly a question of getting used to just how Alexa’s syntax works, however just working straight out of the box is also a factor – and there, Google Nest wins, hands down.

Of course, privacy is a topic that needs to be addressed. There’s no shortage of stories where smart speakers violated people’s privacy – such as when Amazon sent one person’s voice recordings and files to someone else by accident. It happens – and of course, it’s a serious issue.

Privacy concerns are a major sticking point for many, and there is a clear winner when you compare the Echo and Nest; the Google Nest. To date, there have been no major issues reported with the Google devices. The company also hasn’t shared private information with the wrong people yet.

For those concerned with privacy, the Nest also has an additional feature – a physical off-switch that disables the microphone, meaning that it can’t ‘secretly’ stay on as some people fear. The Echo also has a button to turn off the mic, but it only shows that it’s off by changing the colour of a light, which subjectively feels a little less trustworthy, in regards to whether it’s ‘really’ off.

Of course, both of them have a 100% trustworthy switch – pulling the plug. Since both devices need to be plugged in to work, if you want to be absolutely certain they’re not recording, you can simply cut the power. While that may not always be practical on a daily basis, especially as time-activated functions are reliant on a smart hub being on, it is a sure-fire option!

Both devices are incredibly close, ability-wise. They have each have some benefits. Ultimately, it’s nearly impossible to say which is better. It depends specifically on how you want to use it and if any devices you have are compatible.

For beginners or those not too tech-savvy, the Google Nest is definitely the better choice. It’s easier to get used to. If you are looking for extensive third-party functions, however, you’ll want to go with Alexa. Its third-party skill setup offers a solid number of options.

Appearance-wise, both devices are fairly similar. Unless you are specifically looking to have an always-visible clock like in some Echo devices, there is little difference between the two, other than some colour options and shapes.

The speakers also compete on even ground, though in the smallest devices, the Echo Dot and Nest Mini, the Echo Dot has the edge on sound quality, though both sound just fine.

When it comes to cost, they are also fairly equal. The Nest Mini costs around $50, the Nest Audio around $100, and the Nest Hub about $80. The Echo Dot is about $35, the Echo $125, and the Echo Show about $250. While the larger Echos are a little more pricy, the Dot is cheaper than the Nest Mini. This makes it a more affordable ‘test’ device for those not really sold on getting a smart speaker.

Privacy-wise, Google also has the edge. It lacks the horror stories that Amazon’s devices have given us. The physical microphone off switch also feels more reliable than the light-indicated button that Echo has, but that is fairly subjective.

We like the Google Nest better if only because of the superior speech recognition and understanding it offers. The Alexa is a strong competitor though – you can’t really go wrong with either!