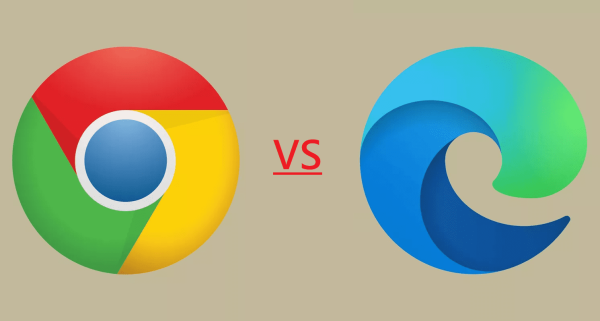 While a 4% market share may not sound impressive, especially when compared to Chrome’s dominant position, it’s still a respectable figure for a browser that was only released six months prior, in January 2020.

Part of the uptake is due to the fact that Microsoft pushed the new update to all Windows 10 computers. Still, users are switching to Edge and this is because it’s a reasonable competitor to Chrome and Firefox. Being newly based on the Chromium browser, that Google Chrome is also based on, there are a lot of similarities, but this is not a bad thing.

In terms of specifically loading webpages, it’s hard to tell the two browsers apart. The interface is very similar between them with the appearance of the right-click menu being one of the few real standout differences. One of the big benefits of Edge now being built on Chromium is that it now supports all of the extensions in the Chrome web store. This means that you don’t have to give up any of your extensions when switching from one browser to the other.

Microsoft Edge includes a tracking prevention function that Chrome just doesn’t offer. The feature automatically blocks many tracking scripts and is available by default rather than relying on any extensions. The tracking prevention feature is prominently visible at the top of Edge’s privacy settings.

In two different browser benchmarks, Speedometer2.0 and Speed-Battle, both browsers were very similar in performance with Edge having a slight lead. The difference isn’t enough to notice in day-to-day browsing, however, so it’s not too much of an issue.

To achieve this performance Edge does use fewer system resources. Chrome is known to be very heavy on RAM usage, and while Edge isn’t lightweight, it isn’t as RAM hungry. If you’re on a lower-powered device, Edge’s reduced system resource requirements may make an appreciable performance difference.

There isn’t much to choose between the two browsers with both being fast and reliable. The main reason it’s hard to choose between them is that they’re both based on the same Chromium browser, making them very similar. Choosing a superior browser will likely come down to fine-grain personal preferences related to everyone’s individual use cases. One thing is for sure, you shouldn’t just ignore the new Edge browser completely, it’s certainly worth trying out.