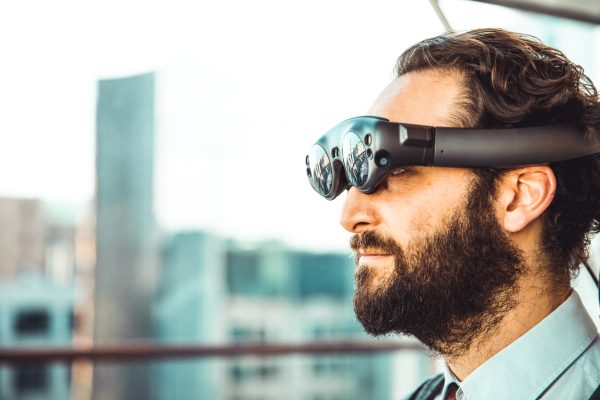 With the race to develop and sell AR glasses on Huawei is determined not to be left out. They are developing their own set of AR glasses despite the legal issues that they’re facing in certain western countries. Here is a rundown of Huawei’s AR ambitions and some of the rumors that are developing around this exciting device.

Since November 2018 it has been clear that Huawei has been developing their own version of a pair of AR glasses. Having paired up with Gentle Monster from Korea in order to make them look stylish, the design was first released in Paris. With just one tap users will be able to answer phone calls as well as enjoy standard dual speakers. It is unknown as to who will develop its voice assistant, if indeed it will have one. These are the common features expected of the Huawei AR device because there are several models expected to come about.

Potential users of Huawei’s glasses will be glad to know that the glasses are resistant to dust and water up to the IP67 standard. In line with the latest gadgets it will be able to be recharged wirelessly. A sizable 2,200 mAh battery should keep the AR glasses powered for several days. A bundled case will contain a USB-C port and act as the charger.

It is rumored that the new device might employ a new Android app which could possibly use Google’s ARCore. This is speculation at the moment because of the fraught relationship that Huawei has with the U.S. government. The 2 goals of the new device will be consistency and immersion. What we don’t know is whether it will run on Harmony OS which was developed by Huawei. It might be difficult for them to coordinate with Android at this point but we will have to wait and see what happens next.

At least for now the idea is to enhance the mobile phone experience. This will be done by enlarging the viewing area that the user can access by using the AR glasses. At first customers might not see what the point is but in a few years time it will become more acceptable to use them and it will enable the viewer to interact with the rest of the world in a seamless and controlled manner. An all-in-one device that can transform the experience of the user forever by being easy at a reasonable price.

To this end it has filed 2 patents. This involves 2 Class 9 applications with the EUIPO (European Union Intellectual Property Office) and  the UK IPO (Intellectual Property Office) for the names Huawei AR Glass and Huawei VR Glass. This means that they’re putting a lot of time and money into developing their technology and that they intend to have a significant market share in the next few years in this relatively new niche. Because it is uncertain whether AR and VR can catch fire with consumers at this point because there is a perceived lack of value with these devices at the moment.

What is clear is that Huawei is still playing catch-up with their main rivals Google and Apple. Their main advantage will be the cheap labor force at their disposal. It looks like the law of diminishing returns has set in with Huawei having to always respond to what the market leader is doing and then putting out a product which is good but not outstanding. Ultimately the brand reputation will suffer so the next option will be to beat their competitors on price.So their place is set in place and it will be difficult to shift out of this place.