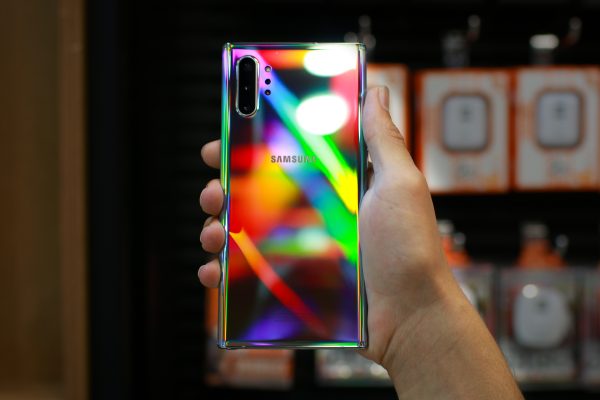 The S Pen that comes with Samsung’s Note 10+ is opening up a new world to options for your smartphone. The phone comes pre-loaded with several new features that can boost your productivity and creativity. Obviously, the S Pen can be used like a stylus, but can it do more?

When you pop your phone’s S Pen out of it’s designated slot, it is automatically connected. Your screen will display the Pen’s battery life, and it will pull up your features list. As you move your pen over the screen, you will notice a small circle as you get closer and closer to the surface.

But it won’t register a tap until you actually touch the screen with your S Pen. This hover capability can help you tap and write on your screen with much greater accuracy.

Thanks to the same sensors that allow for the hover ability, the Samsung Note 10+ can also respond to hand-made gestures. You can basically think of the S Pen as your own personal magic wand. To move your pen in each different direction, begin by holding your S Pen like you would a real pen, with the tip facing forward. Press the button and quickly move your pen either up, down, left, right. Then let go of the pen button.

It’s important to remember that you can only perform one direction at a time. You can also use this same method for a circular motion as well. If you want to repeat a gesture you’ve just done, you can click the Pen button and hold it. Do not move the pen while you do this.

These are the basic air gestures the Note 10+ will recognize. These movements can be used in many different functions like the ones below. Look out Harry Potter, we’re catching up to you!

The S Pen really comes in handy with your camera setting. You can press the pen’s button to take a single picture, or use the circular motion to zoom in and out. Using the left and right air gestures will change the format of your Note 10+ camera settings from photo to video, live focus, and more. Is it just me, or are group photos about to get a whole lot easier?

Your phone has the option of automatically pulling up one app when you press the S Pen button on your phone. As a default setting, the button will start out linked to your camera. But if you want to switch it to another option, there is a simple fix

First, open up your settings. Then click on the Advanced Features section. From there, click on the S Pen option and find the Air Actions.

From the list of apps available under the Air Actions, choose the app you want to open when you press your S Pen button.

No, we’re not talking about the actual S Pen itself, although it is pretty sleek looking. The features on the Note 10+ will let you use your phone to make on-screen notes, make GIFS, or work on live drawings. You can write directly on your calendar or pin screenshots. Oh, and you can translate using your S Pen to and from other languages.

You can also connect many other apps to your S Pen, up to 10 at a time, to streamline your use. While not every app is compatible, you’ll be surprised at the options. Most of these apps and features will require you to use your app like a pen through writing or tapping the screen.

If you’re listening to music or watching a video on your Samsung Note, the S Pen can make your life easier here too. Using the up and down air gestures, you can raise or lower the volume. The left and write options can change your song, scene, or episode. You can even use the button to press pause or play. If you press your S Pen button twice, you will skip to the next song or episode.

So the next time you’re taking family pictures, listening to music, or using your phone for a Netflix binge session, save yourself some time and whip out your new S Pen.