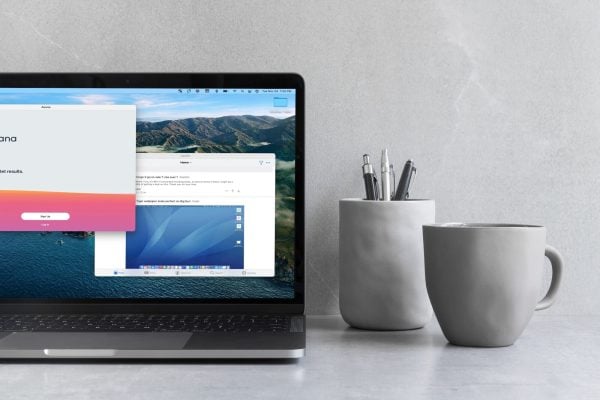 At WWDC ’20, Apple shocked the world and officially announced the transition from Intel. This had been rumored for years, but the time finally came for the company to begin using its own processor in the Mac. Known as the M1, this is ushering a new wave of power, speed, and efficiency that has to be seen to be believed.

This is not Apple’s first rodeo with this kind of transition, as the company went through something similar when it moved from PowerPC to Intel. However, the times have changed and there are sure to be concerns about whether that app you use every day will actually work. Luckily, Apple with the M1 chip, there is also Rosetta 2 to help in the transition.

Without even including the ability to run iOS and iPadOS apps, Apple wanted to make sure that users didn’t miss a beat. The Apple M1 Macs feature a piece of software that ensures that you can run all of the same apps as your Intel-powered Macs. Rosetta 2 is at the helm and is essentially an emulator that takes those “old” apps based on Intel’s architecture, and makes them compatible with the new M1 chip.

“Rosetta 2 works in the background whenever you use an app built only for Mac computers with an Intel processor. It automatically translates the app for use with Apple silicon. In most cases, you won’t notice any difference in the performance of an app that needs Rosetta.”

Whenever an app not designed specifically for the Apple M1 chip is downloaded, you will be prompted by macOS. The prompt states that you will need to install Rosetta, and ask if you want to install it now.

Then, the app will run just like you would expect it to. However, performance may lag a little bit behind when compared to an application that has been optimized for the M1 chipset.

Is my Mac using an app optimized for the M1?

So there are a few reasons why you would want to know whether an app is using Rosetta 2 or has been optimized for the M1. During the keynote announcement, Apple stated that the M1 chip can provide 3.5 times the amount of performance. GPU performance is said to be up to six times faster, while battery life is two times better than Intel’s chips.

In some real-world tests, the MacBook Air outperformed the most recent Intel MacBook Pro by a rather sizable margin. So it’s all about performance and efficiency when you’re looking at an app using Intel or Apple Silicon.

How to check for a Universal app

If you want to verify that the apps that have been installed are “universal”, then there are a couple ways of doing so. Universal apps is Apple’s way for developers to state whether their apps will work with both the M1 and Intel chipsets. Here’s how you can check to see if your apps are Universal or not.

If your app has been optimized for the M1 chip, then it will read as Universal. In the event that the app has not yet been updated with M1 support, it will show as Intel. There are some apps that will appear as Other, but we found some system apps to be categorized as such. If you have opted to take advantage of an iOS-only app, then it will appear as iOS under the Kind category.

For those who have Setapp installed, the list may be a bit more vast than you would expect. These apps are not actually installed, but instead are made available to instantly open the Setapp application if you wish to download them.

Use a third-party tool to check your apps

We’ve already detailed how you can install iOS apps to your M1-enabled Mac, even if the app is not available on the App Store. That is done with the help of a piece of software from iMazing. The company has recently launched a new, and free, tool called Silicon.

Silicon scans the applications that have been installed to your Mac, and detect whether they offer native Apple Silicon support or not. The app is free to download, and will show the entire list of apps installed. Then, you can filter the view to only see Intel-based applications (running Rosetta 2), or those developed for Apple Silicon.