It may not have the best graphics out there, but you have to admit that Chrome’s hidden Dino game can get a little addictive. There’s not much to the game, but you can’t help try just one more time to beat your score.

All you have to do is jump/dodge pterodactyls and cactuses here and there, but you can’t stop playing. There are a few tips to keep in mind when playing, but other than that, the game is straightforward.

To play Chrome’s free Dino game type chrome://dino in the address bar and press the Enter key. You should now see a No Internet error message with the dino. Not to worry, this is supposed to happen. 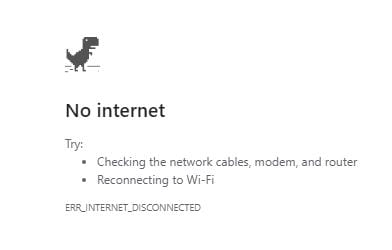 Get ready to jump over one, two, or three cactuses at a time. At first, the flying pterodactyls can be avoided by just running and not jumping. But, as you advance in the game, they will start to fly lower, and you will need to calculate when you should jump or duck. If you touch any of the obstacles, it’s game over.

You can jump by pressing the spacebar or the up arrow. To duck, remember to press the down arrow. The Dino game will also switch between light and dark themes as you play. You can also play the hidden Dino game on your mobile device.

When you see the No Internet message, tap on the dino to start playing. To jump, you only need to tap on your display. 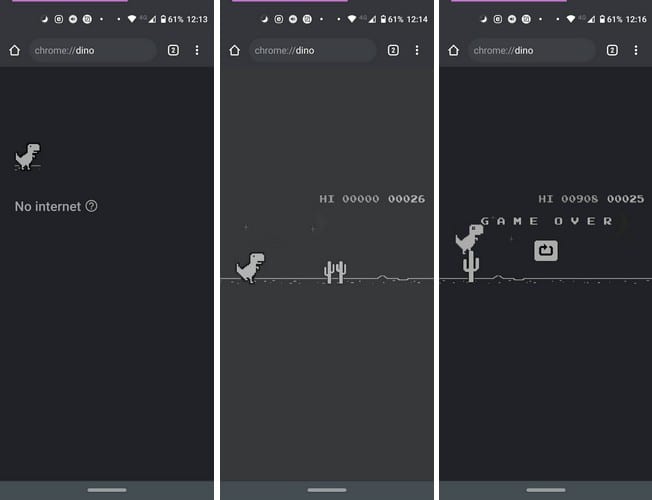 Remember that there is no need to turn off your Internet connection to play the game.

Chrome’s dino No Internet game is proof that a game doesn’t have to have the best graphics to be popular. Sometimes simplicity beats all those complicated button combinations you might elsewhere. Ready to Play?