Even if you’ve never come across the screen overlay error, it’s always a good to know how to fix it. You never know when you’ll come across it. It’s an annoying error that will not go away on its own, so you’ll need to dig into your device’s settings to handle it.

You’ll see this error when you’re using a floating app and then start using an app you just installed. This newly installed app could ask for access rights and when it does you get the dreaded error message.

How to Fix Screen Overlay Error in Android

One way you can fix the screen overlay error is by first going to your device’s setting’s and tap on Applications followed by Application Manager. On the top right of your display, you’ll see the ¨More¨ option you need to select. 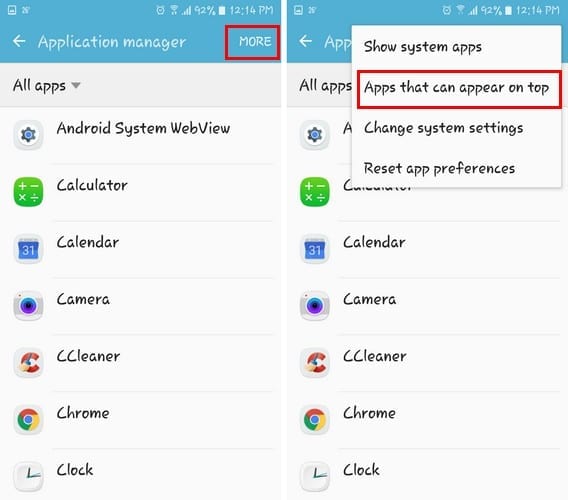 When the popup window appears, choose the option that says ¨Apps that can appear on top¨. Swipe down until you see the apps that have this permission and toggle off a few. One app that I would recommend you turn off is Messenger. Every time  I get this error, sometimes by simply toggling this one off I get rid of the error.

Once you’ve turned off a few apps, try relaunching the app that gave you the screen overlay error. If you’ve toggled off the apps you think are the culprits and you still get this error, you’ll need to go back and toggle off a few more.

Use Safe Mode to Fix the Screen Overlay Error

If the previous method didn’t work, looks like you’ll need to go into Safe Mode. Depending on the device you have will depend on what Safe Mode method will work, but here’s one that generally works on all devices.

Press the power button until the options appear. Long-press on the Power off option and after a few seconds you should see a prompt to enable Safe Mode. Tap on OK and you will see that you’ve successfully entered Safe Mode since it will indicate just that at the bottom left-hand corner.

Now that you’re in Safe Mode, go to Settings followed by Apps. Tap on the app you think is causing the issue and select permissions. Enable all of the permissions the app was asking for before and then reboot your phone.

There are apps that are known to cause problems. For example, I would recommend that you uninstall apps such as DU Speed Booster, Clean Master, Go Speed and other apps that claim to speed up or clean your phone. 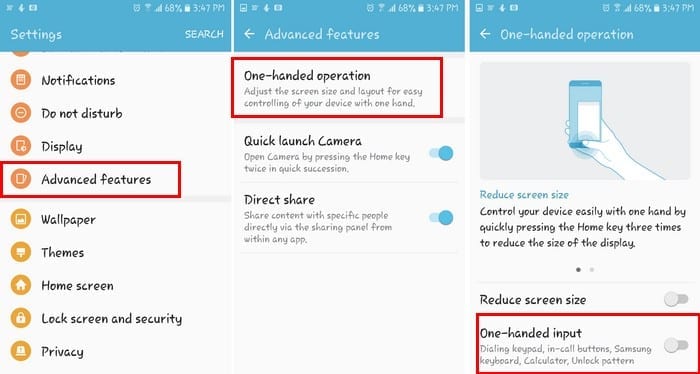 Now, try to use the app that gave you the screen overlay error. Hopefully, the problem will be gone.

Unfortunately, this is a problem Marshmallow users will have to deal with until Samsung fixes (if they ever do). At least there are ways around this error so you can at least get rid of it. How do you deal with this error? Share your solutions in the comments below.