But what is it exactly, and how do you enable it if you decide to use it or turn it off? One of many things to keep in mind is that it won’t cause any issues with the antivirus you currently have on your Android device.

What Is Google Play Protect?

Google Play Protect is an update of the Verify Apps that was used some years ago for Android. What Play Protect does is that it analyses the apps you install and the ones you already have on your device to see if an app is a threat.

Google Play Protect is on by default, but if for some reason, it’s not, below, you’ll see the steps to follow to turn it on to keep your Android device safe.

How to Check If Your Android Device Has Google Play Protect

To see if your device has Play Protect go to: 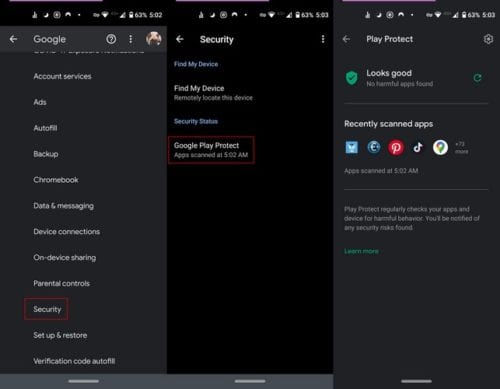 If you tap on the last option, it’ll show you the previous apps that were scanned. If Play Protect were to detect a malicious app, you’d see a warning so you can decide if you want to uninstall or disable the app.

Also, if you were to install a malicious app from somewhere that’s not Google Play, Play Protect will let Google know about it so it can take the necessary precautions.

How to Disable Play Protect

It’s best that you leave Play Protect on, but if you need to turn it off for whatever reason, you’ll need to go to: 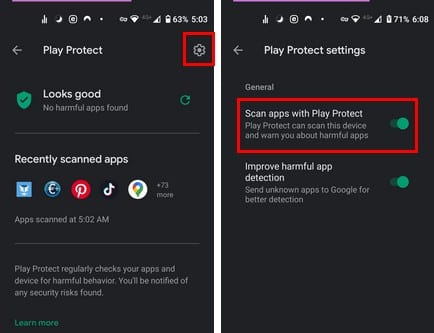 Google Play Protect will contribute to keeping your device safe, and it won’t cause any performance issues. It gets along with other antivirus apps, and once you turn it on, you’ll forget it’s even there. Do you think it’s worth having on?