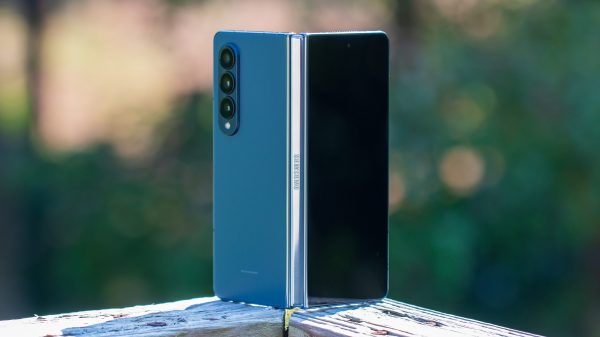 Whenever a new smartphone is released, the device has the potential to feature different methods for trying to restart, power off, or troubleshoot. This includes the all-new Galaxy Z Fold 4, despite it being one of the fastest, most powerful, and most unique smartphones on the market today. If you run into issues and find your Galaxy Z Fold 4 unresponsive, there are a few different ways to force restart the Galaxy Z Fold 4.

Make Sure Your Galaxy Z Fold 4 Has Enough Battery Life

Don’t be alarmed if your phone doesn’t turn on immediately. Let your Galaxy Z Fold 4 sit connected to the charger for at least 30-minutes to an hour to ensure that it has plenty of juice. Then, you can try and turn the phone on again.

Bring Back The Power Menu

As with many other Galaxy phones, Samsung tries to “force” you into using Bixby right out of the box. Instead of having a traditional Power Menu when you press and hold the Power button, Samsung opts to use this as the default method for activating Bixby. It’s an extremely frustrating proposition that can easily be remedied if you don’t mind jumping into the Settings app.

After you disable Bixby from the Side Button, you’ll be presented with the traditional Power Menu whenever you press and hold down the Side button. This transforms it back into the Power Button we’ve been accustomed to for years.

After just a few moments, your Galaxy Z Fold 4 will finish restarting, allowing you to continue doing whatever it was you wanted to. However, there are times when you might not be able to interact with the screen. These don’t happen as frequently nowadays, but it’s still possible. Thankfully, you can force restart Galaxy Z Fold 4 without worrying about dealing with the software.

If you aren’t getting any response from your Galaxy Z Fold 4, try plugging it in. Even if the battery wasn’t depleted, there are times when you can’t force restart the phone until it’s plugged into power.

While the Galaxy Z Fold 4 is an incredible beast, there are times when an app could bring it to its knees. In the past, we’ve seen instances when a single app soft-bricked a phone. If this happens to you and your Galaxy Z Fold 4 won’t turn on, you can boot the phone into Safe Mode.

Safe Mode essentially removes all of the extra cruft you usually see, providing a more basic interface. Doing so allows you to troubleshoot potential issues without needing to take it to someone to look at them. But we recommend checking for any software updates that need to be installed.

Once the update is finished downloading, your Galaxy Z Fold 4 should automatically restart. Then, you will be taken back to the non-Safe Mode version of the interface so you can get back to using your phone.

The last option that we can recommend if your Galaxy Z Fold 4 won’t turn on is to try and boot into the Android Recovery. This is baked into every Android phone and integrated into the core operating system. Here’s how to access Android Recovery:

As a reminder, you will not be able to navigate the Android Recovery interface with the touchscreen. Instead, you’ll need to use the Volume Up and Down buttons and use the Power button to make your selections.