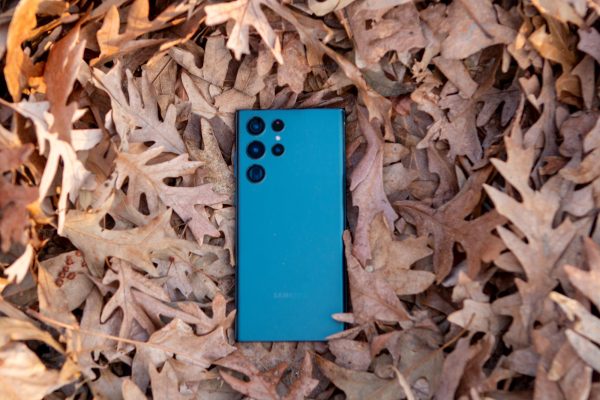 While it’s wonderful to see that Samsung has introduced faster wireless charging with the Galaxy S22, nothing beats the convenience of wireless charging. Thankfully, Samsung’s latest phones can take advantage of the Qi charging standard with support for up to 15W speeds. Today, we’re taking a look at the best wireless chargers for Galaxy S22.

Along with the launch of the Galaxy S22 series, Samsung launched a lineup of new accessories. This includes the all-new Wireless Charger Duo which will charge your Galaxy S22 at up to 15W. Plus, you can place your Galaxy Buds or Galaxy Watch on the pad and charge two devices at the same time. Samsung event went so far as to integrate a built-in cooling fan to keep everything from overheating.

Maybe you don’t care about charging multiple devices at the same time, or maybe you just want a charging stand for your desk. The Samsung Fast Charge Stand will provide the fastest wireless charging speeds while featuring two charging coils so you don’t have to worry about misplacing your S22 on the charger.

Better known for its cases, Spigen also ventures into other smartphone accessories with options like the SteadiBoost Flex. This wireless charging stand provides speeds up to 15W and can fold down and lay flat for whatever you need to have charged.

Anker makes some of the best charging accessories that money can buy, and that includes the PowerWave II. This charging pad can reach up to 15W peak charging speeds while including a compatible (and proprietary) wall adapter. But Anker also includes an LED indicator light on the front to let you know when your devices are actually charging.

Yootech may not be a household name, but these are some of the most reliable “cheap” wireless chargers out there. This charging pad sports an ultra-slim design, along with a USB-C port on the back so you can use whatever cable you want.

Being able to charge in the car can be really important and convenient if you are using your S22 for navigation or a phone call. The iOttie Auto Sense Qi Wireless Car Charging Mount is one of the best car chargers and has the added benefit of providing wireless charging along with doubling as a car mount for your phone.

The Galaxy S22 Ultra is one massive phone, and sometimes the best way to navigate the road is to have the rotated horizontally. Unfortunately, there aren’t many wireless car charging mounts that can accommodate the size. That’s where the DearHot Wireless Car Charger Mount comes in, as it can extend to hold up to a 6.9-inch phone.

Have you have ever needed to charge three devices at the same time, but aren’t at home to do so? With the Anker PowerCore III 10K Wireless, you can bring this with you wherever you go. Enjoy a 10,000mAh capacity and a built-in wireless charger.

Usually, power banks don’t charge particularly fast since they do not have direct access to a power outlet. This is generally acceptable, but if you’re in urgent need of fast charging, then maybe you might want to check out Samsung’s 25W 10,000mAh power bank. Most power banks top out at around 18W, so 25W should make things even faster.