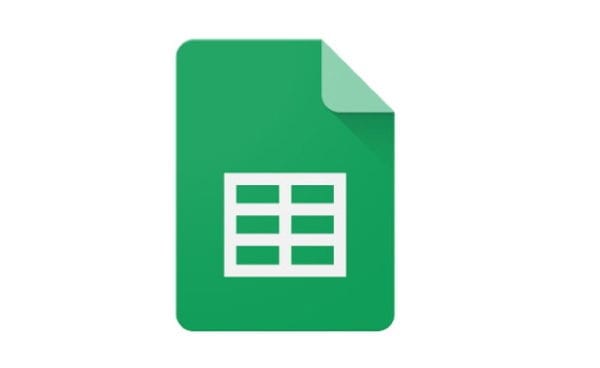 The more formulas you know how to use in Google Sheets, the better. For example, you never know when you’ll need to translate something to another language, so by learning how to do that now, you won’t waste time learning later. The good news is that the formula is easy to follow, and even if you’re in a hurry, it’s something you can do.

How to Use the Google Translate Formula in Sheets

Once you’ve entered the formula, ensure it has an opening parenthesis, followed by the cell with the text you want to translate. You can enter the cell manually, or you can click on the cell. Make sure that the commas and quotes are placed in the correct places. Please look at the image below to see where they are placed. Once you’ve checked everything is where it should be, press enter, and your text should be translated automatically.

If you want to refresh your memory with how the formula is laid out, click on the cell where the translated text is. At the top, you should see the formula. You can also see more information explaining the formula if you click on it. 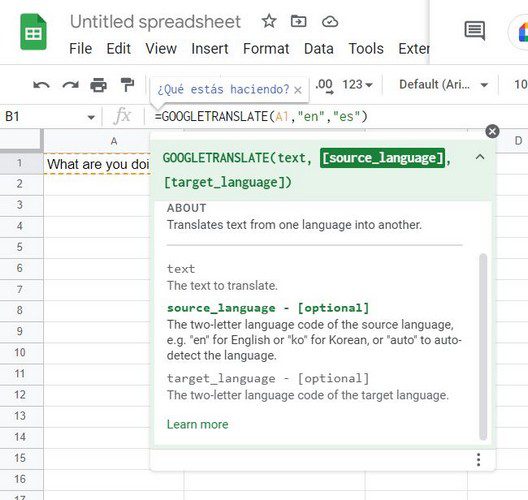 In the above formula, Google Sheets translated English to Spanish. But let’s see how you can make the formula auto-configurable. Remember that you can add the formula by going to the Insert tab at the top > Function > Google > Google Translate. 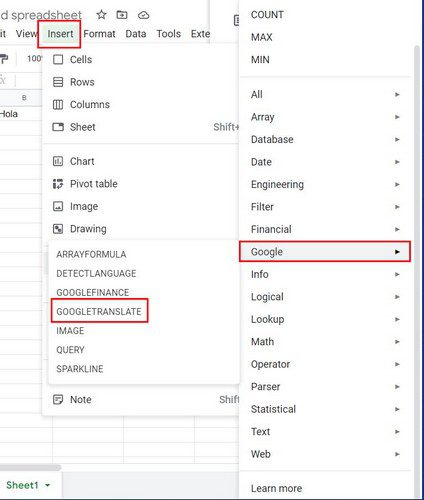 How to Apply the Formula to Other Cells Instantly

Let’s say you have other cells to which you want to apply the same formula. Don’t worry; you don’t have to copy and paste the formula to every cell. You have text in Spanish and English on your Google Sheets file, and you want to translate it to French. Once you have entered the text, you want to translate it into French (using French as an example); select the cell where you have the formula that translated the first phrase to French and drag it so that the cells below it are selected. As soon as you let go, all the empty cells will be filled with the translated text. 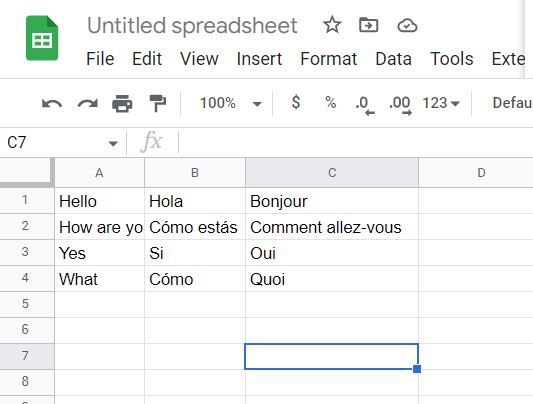 There are so many languages out there that, sooner or later, you will need help identifying them. Thanks to a Google Sheets formula, you can identify them quickly. Also, applying the formula to every cell you want to translate is unnecessary. Even if you’re new to Google Sheets, using the Google Translate formula is an easy task. How many languages are you adding to your Google Sheets file? Share your thoughts in the comments below, and don’t forget to share the article with others on social media.