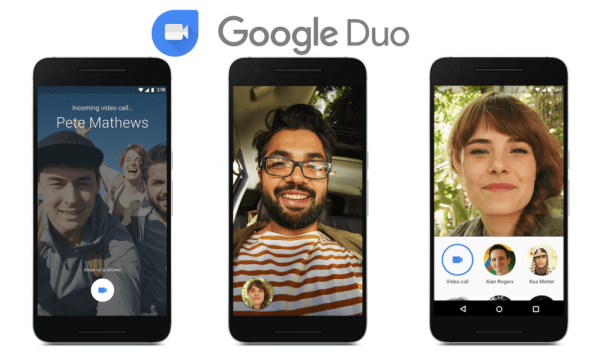 When you call someone, there is always that period of time while the phone is ringing where you can continue doing something else, then you can then switch over your attention as soon as the call connects. Google Duo offers a feature called “Knock Knock” which changes how your phone works when you’re video calling someone.

The feature is very reminiscent of a smart doorbell that shows you a video feed of the person ringing your doorbell. Instead of just showing you a preview of your own video, or a simple indicator of who you’re calling, Knock Knock starts transmitting your video straight away. Your video is then shown on the call screen before the recipient picks up or declines the call. Given that you’re already trying to video call someone for this feature to take effect, many users won’t have too much of an issue with it. A good number of other users may not like the privacy intrusion however and may want to disable the feature.

Tip: Knock Knock only works for users in your contacts, and doesn’t work for strangers. This reduces, although doesn’t eliminate the risk of the system being abused.

Thankfully if you want to disable the Knock Knock feature, it is easy to do so. The first step is to open the Google Duo settings by clicking on the cogwheel icon in the top-right of the web application.

Once you’re in the settings, simply click the “Knock Knock” slider, found second from the top, to the “Off” position.

Tip: Disabling Knock Knock will prevent your phone from sending video to the people you’re calling before they pick up. It will also prevent you from seeing the video of someone calling you before you pick up the call. For Knock Knock to work, both parties need to have the feature enabled.