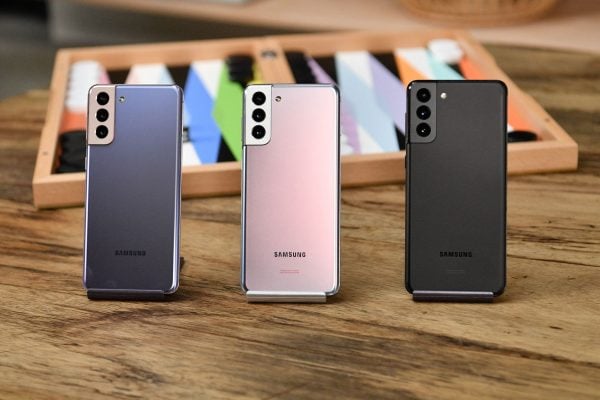 Having a smart assistant right on your Android phone is extremely helpful, and useful. From turning lights on and off in your home, to sending messages when your hands are full, the possibilities are almost endless.

Although Google, Apple, and Amazon have a significant lead in the smart assistant department, some company’s have tried to combat the big boys. Samsung, is arguably the largest company to try and take on the trifecta of smart assistants with Bixby. But even though it’s built into your phone, you will probably want to turn off Bixby on the Galaxy S21 in favor of Google Assistant.

Bixby was originally introduced back in 2017 with the launch of the Galaxy S8 lineup. This was meant to be a competitor to the likes of Google Assistant, Amazon Alexa, and Siri.

As expected, Samsung has integrated Bixby in a wide variety of ways across all Galaxy phones, including the Galaxy S21. Samsung has put plenty of work into Bixby to try and make it a viable option. However, the truth is that it just ends up getting in the way of using the vastly-superior Google Assistant.

How to turn off Bixby on Galaxy S21

Ever since the Galaxy Note 10 lineup was released, Samsung has enabled Bixby by default. The reason for this has been to try and force users to “take advantage” of Samsung’s inferior built-in assistant. However, when stacked up against Amazon Alexa, Google Assistant, and even Apple’s Siri, Bixby just falls short.

Here’s how you can turn off Bixby on the Galaxy S21:

Moving forward, you won’t have to worry about accidentally activating Bixby by pressing and holding the power button.

If you have ever used a Pixel phone, you may have noticed the Google Discover page when swiping all the way to the left. However, in the company’s efforts to make Bixby more popular, previous Galaxy devices featured Bixby Home, which is also known as Samsung Daily.

With the Galaxy S21, it seems that Samsung has finally “learned its lesson”, and is not forcing users into Bixby anymore. For the first time on a Galaxy device, you can actually enable Google Discover while using Samsung’s stock launcher.

Here’s how you can switch from Samsung Free to Google Discover on the Galaxy S21:

You can also remove this panel entirely by tapping the switch in the top right-hand corner.

Can you use Google Assistant instead of Bixby?

Although Samsung does not allow you to explicitly use Google Assistant instead of Bixby, there are a few workarounds. If you happen to be using gestures instead of the navigation bar, this is the easiest way to activate Assistant. Simply swipe inwards from the bottom left or right corners, and Google Assistant will activate.

Additionally, you can actually set the Side Button to activate specific applications with a double-tap.

Now this will exactly activate Google Assistant, but it will automatically bring up the Google app. It’s kind of a wonky workaround, but it’s still a quick shortcut to activate Google whenever you want, from wherever.

Samsung really has gone to great lengths to try and improve Bixby since its inception. Bixby Routines are rather impressive, as it’s similar to Apple’s Siri Shortcuts on iOS. But the fact remains that Bixby just isn’t powerful enough to handle the day-to-day needs.

Let us know what you think about Bixby. Have you decided to stick with it? Or did you give up the goose, opting for Google Assistant or Amazon Alexa instead?