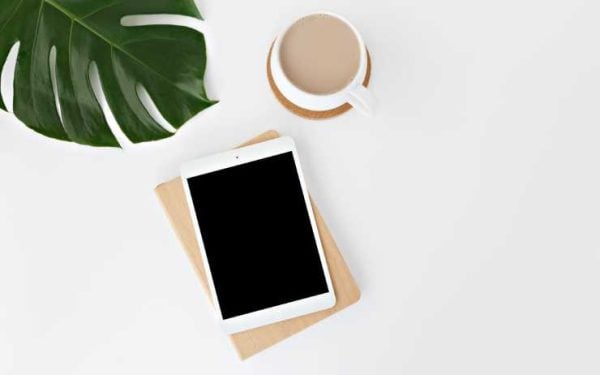 You spent hundreds of dollars on your Apple iPad. It’s your darling device. It’s also a very fragile device. There is a common issue with the device getting moisture trapped inside the screen. This can cause the display screen to produce wavy lines, or dim pixels. In most cases, this problem can be fixed easily with just a few steps.

I had a case where an iPad was left in a cold car for an extended period of time. When the device was brought back inside a warm house, a bit of moisture had accumulated the inside of the display. This caused the screen to function much dimmer and produce wavy lines. At times, the iPad would shut off completely. Thankfully, we were able to fix the problem with a little bit of work.

1. Shut iPad Off and Let Dry

Since the iPad was a bit wet, we shut it completely off for two days. Hold the Sleep/Wake button until the slider appears, then power it completely off. Also make sure it is not connected to a power source.

Leave it be until it’s completely dry. Otherwise a short may occur and render your iPad useless.

Once confident enough that enough moisture has dried out, we powered the iPad back on. We still had problems with the screen not displaying properly.

We cured the lines on the screen by putting the display through a rigorous “stress test”. We do this by going under “Settings” > “Display & Brightness” and slide the brightness slider all the way to the right. Also turn “Auto-Brightness” off.

Let the screen remain on and bright for a few hours. In my case, I left it on for an entire day while I worked. The lines eventually worked themselves out of the screen. Once the lines were gone, I switched the Auto-Lock setting back to 2 minutes, and was able to use my iPad as though nothing ever happened to it.

I hope these steps work for you as well as it did for me.