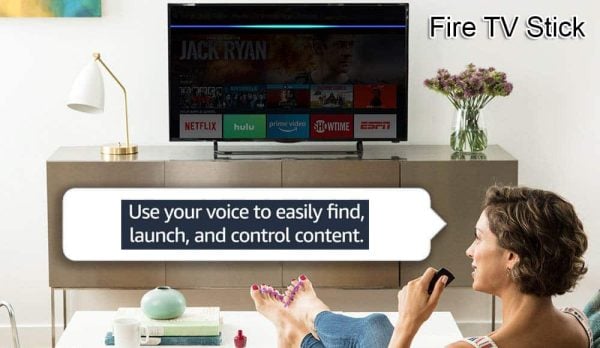 With remarkable new TV technology available at affordable prices, streaming devices are more in demand. If you are looking for a cheap TV stick, then check out Fire TV. Amazon refreshed its Fire TV stick lineup and integrated it with Alexa to make it more appealing to a general audience.

Amazon’s Fire TV stick is a cheap streaming device that enables you to take full advantage of your TV. It offers an excellent set of features that includes Alexa voice assistant, a sleek remote and the ability to run all your favorite streaming apps including Netflix, Amazon Prime, Hulu, and YouTube. It is a solid package that is a perfect fit for most TV users.

However, the Fire TV stick does have some drawbacks. It lacks support for some primary streaming services including Now TV and voice service seems to be missing from the major apps.

There are multiple advantages of the Fire TV Stick, but we should be aware of its limitations as well.

While it is an awesome piece of gear on its own, it will not have all of the features of more powerful models and might not be enough for some users.

You can buy the international basic version of the Fire TV Stick from Amazon easily, and installing the device is just as easy. If you enjoy watching streamed content, and especially if you prefer Amazon Prime content, then this is the product for you. 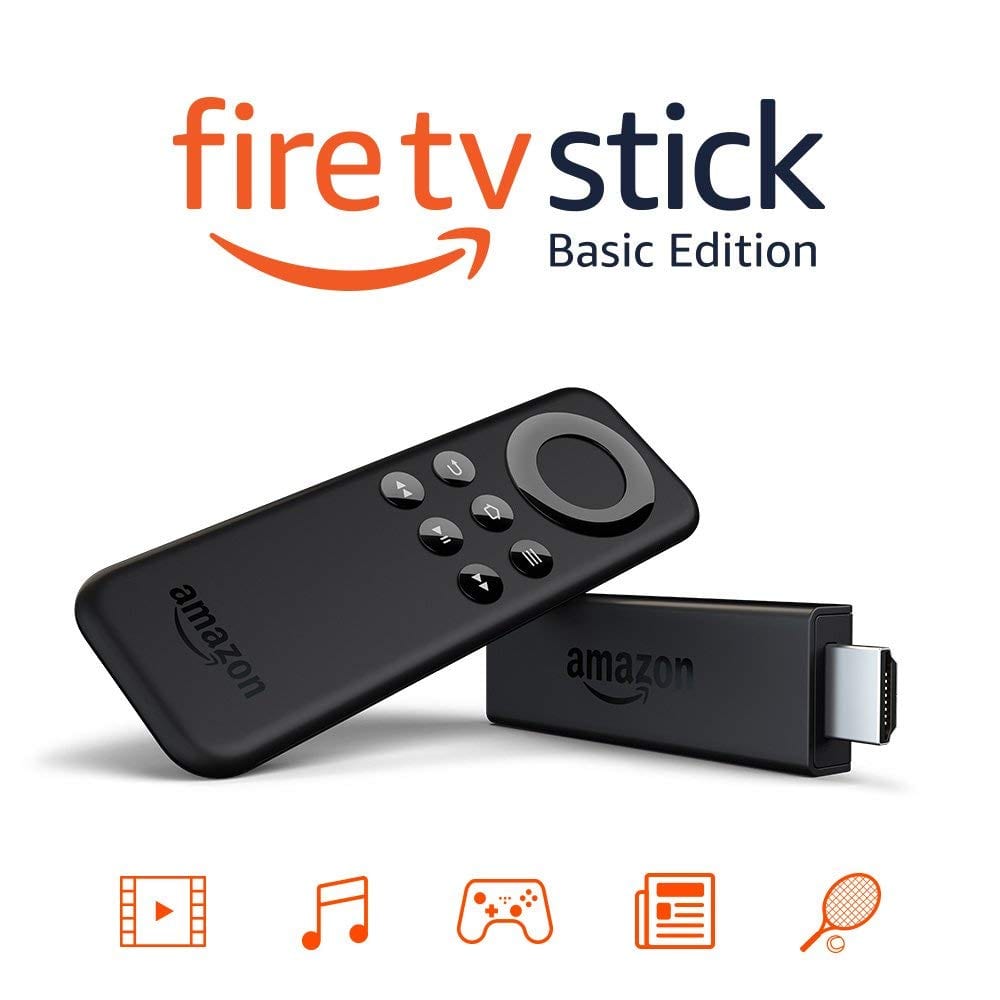 The Fire TV Stick is a sleek, modern and cheap media streaming device that offers unique features for your TV. It comes with a modern remote that offers fewer buttons. The remote is intuitively designed to work seamlessly with the Fire TV OS interface. 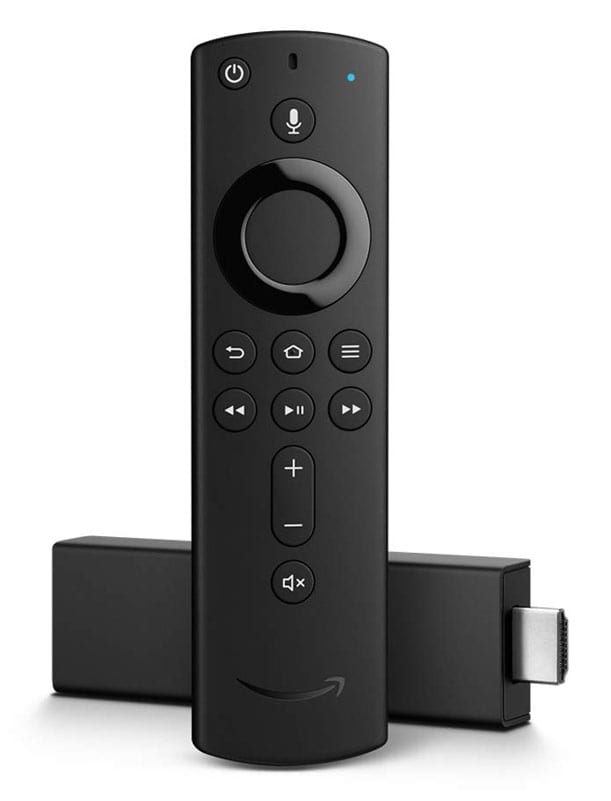 The latest Fire TV stick is slightly bigger than the previous iterations measuring at 3.4 by 1.1 by 0.5 inches. The ports provided on the Fire TV Stick include one HDMI plug-in and one micro-USB port. These ports are only used to connect the device to your TV. The HDMI plug-in goes to your TV and the power flows in through the micro-USB port.

The design is great as it fits in most of the HDMI output of modern TVs. Older CRT televisions can be used through the use of an adapter. If it doesn’t seem to fit yours due to orientation and space, then you may need to get an extension male HDMI to Female HDMI cable.

The internal specs boost the faster 802.11ac standard which is an upgrade from the 802.11n, the CPU also saw an upgrade from dual-core to quad-core. It comes with 4.1 Bluetooth support which means that you can connect all modern devices without any issues. Finally, the sound support is upgraded from the last generation Fire TV stick’s specs to Dolby 5.1.

The remote needs special mention as it has a sleek and sturdy design. It has six buttons at the bottom with four-way nav pad at the top. A voice control button is a new addition to the remote when compared to the previous gen Fire TV Stick. It lets you use voice commands with Alexa — improving the overall functionality of the remote.

Fire TV Stick comes with basic support for 1080p resolution. It doesn’t support HDR which makes it ideal for a non-HDR TV. However, when compared with other streaming sticks, this is a drawback. Other streaming devices provide the HDR feature with the same form factor such as Google Chromecast.

Setting up the Fire TV stick is intuitive. All you need to do is plug in the device to the TV’s HDMI slot and power the streaming stick using the USB cable. Once booted up, the Fire TV OS greets you. From here, you simply need to follow some basic instructions such as pairing your remote, connecting to Wi-Fi Connection, and logging into your Amazon account.

Fire OS TV is redesigned from scratch and offers a unique interface. It is sleek, fast and programmed to work effectively with the remote. The navigation menu is moved to the top and the AI works effectively as it manages to showcase the TV shows and movies based on your viewing habits.

Managing apps is also possible in the OS. This means you can download and put new apps on the homepage. However, you may not like how Amazon pushes its own Amazon Prime content. This can be a nuisance for many users and if you are not interested in Amazon Prime, then the Fire TV Stick might not be for you.

The performance of the Fire TV Stick is surprisingly good. It is fast and matches the browsing experience of a modern mobile phone. This speed is possible thanks to its quad-core processor. Voice command gives a great boost to the Fire TV Stick performance enabling you to find shows quickly with one press of a button.

The voice commands work most of the time with a reasonably high success rate. You can search using the actor’s name, film name, or genre. However, it is not perfect, and you may find yourself repeating your favorite show name a few times. Another drawback that we found is the dominance of the Amazon Prime shows on the homepage. Apart from that, it works as intended without other issues or lag.

Alexa needs a special mention as it brings a new dimension to Fire TV Stick. It lets you do more than watch your favorite show or movie. With Alexa, you can ask about the weather, traffic or even ask her to fast forward the shows. Moreover, you can also use it to control your smart home devices such as Echo without requiring you to turn on your TV.

Fire TV Stick is an excellent device that is cheap yet powerful. It is simple to set up and use, and the inclusion of Alexa and voice command changes how it functions within your home. You can control your smart home devices with the remote which is a fantastic feature for a media streaming device that is inexpensive. It also excels at streaming high-quality 1080p content. Overall, it is an improvement over the last generation Fire TV Stick and a great pick at just $40.