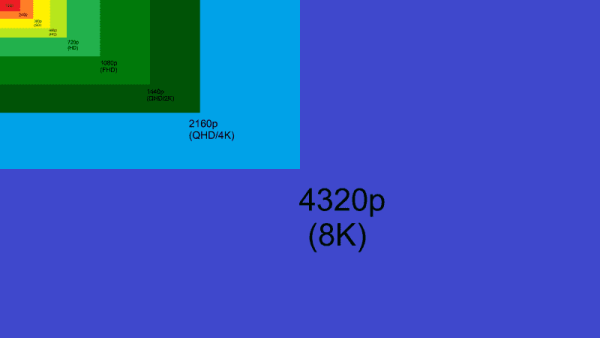 High-resolution images offer greater detail than low-resolution versions. While a version of an image you liked at one point may have been good as a desktop background on an old 1080p monitor, it won’t look so good on a new 4K monitor. There are tools to find images on the internet, ones that work from both images you have saved, and from images hosted on the internet.

Pretty much everyone who’s used Google knows that you can also search for images. What you may not know is that you can specifically submit an image as your search term, in a process called “Reverse image search”. When you use the reverse image search functionality, you can either upload an image, copy and paste an image URL, or click and drag an image.

Google will then return four types of search results, which are identical images, a suggested search term, visually similar images, and pages that include the image. The first one is the most interesting as Google identifies copies of the same image even if they are a different resolution. If you click on “All sizes” Google will show you all versions of the image it has indexed with the highest resolution versions first.

It’s not guaranteed, but one of the first results may well be a higher resolution than the version you used as a search term. For example, in the above image, the search term was a 680×453 image of a SpaceX rocket taking off, here you can see that the largest version Google has indexed is 3000×2000.

Chrome and Firefox both have an extension called Imagus which performs a reverse image search of any image you hover your mouse over. This can take a little to get used to and can increase your data usage, but it’s great for finding and displaying the highest resolution version of an image. Imagus uses a range of reverse image search engines, so may be able to find results that aren’t in Google images. You can find the extension here for Chrome and here for Firefox.

To use Imagus, simply hover your mouse over an image or even a link to an image and it will try to load a high-resolution version in a popup.