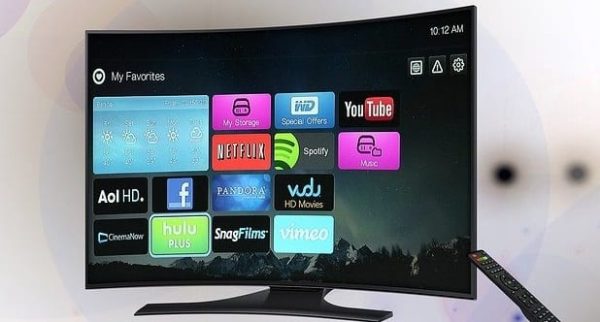 If you’re not really sure that’s the difference between Android TV and Roku TV, you’ve come to the right place. In this guide, we’ll take a look at both platforms to identify the main differences.

Roku TV has a simpler user interface that makes it more appealing to the average user. The UI has a minimalist design that’s perfect for people who are not that tech-savvy. This makes Roku easy-to-use even for first-time users. The channels you installed are listed on the home screen for easy access.

The menu is located on the left. You can use it to access the Search feature, go to Settings, or check your feed.

Android TV’s UI and the home screen are dynamic. The UI is highly customizable. And this is something that power-users will love.

For example, you can use the Add button to add new channels to the list of your favorite channels. This list is visible on the top row of the home screen. You can also change the order of your favorite apps.

As far as the number of channels is concerned, both Roku and Android TV support major streaming services such as Netflix, YouTube, Hulu, HBO, etc.

But Roku does feature additional smaller channels that you won’t find on Android TV. As a matter of fact, Roku supports nearly 2,000 free and paid channels.

From this point of view, Android TV seems to be a much better choice.

Roku TV is compatible with Alexa and Google Assistant thanks to the newest remote models. But not all the features are supported. For example, if you use Google Assistant, you won’t be able to check the weather or access your calendar events. Full voice-control is not available.

On the other hand, Android TV supports the full-fledged version of Google Assistant. But that doesn’t come as a surprise, does it?

Android TV supports Bluetooth connections. In other words, you can pair your Bluetooth devices to your Android TV without any problem.

On the other hand, not all Roku TV devices support Bluetooth. This means you won’t be able to connect Bluetooth devices or stream audio via Bluetooth on all Roku TV models.

You can pair Bluetooth devices to your Roku TV provided that you use the Roku TV Wireless Speakers or the Roku Smart Soundbar with your TV.

Android TV offers built-in support for Chromecast. But Roku does not support Chromecast.

As a workaround, if you want to get the best of both worlds, you can purchase a Roku dongle, as well as a Chromecast dongle. When you want to cast, simply enable the TV HDMI input to the Chromecast. When you’re not casting, switch to the Roku HDMI input.

Roku TV gets updated more frequently than Android TV. This is partly due to Roku’s large public beta program. This allows Roku to test future software features and channels on a large batch of users.

As far as gaming is concerned, your options on Roku are a bit limited. While you can play games on Roku, the platform was not developed with gaming in mind. That’s why you should think twice before trying to run complex games on your device. Of course, playing Solitaire, Minesweeper, Snake and other similar games won’t be a problem.

On the other hand, Android TV is more versatile in that area. But it’s always best to simply purchase an Nvidia Shield TV for playing games on your TV.

When choosing between one platform over the other, your personal preferences will play an important role. If you want a simpler platform, go to Roku. If you prefer to customize your settings and UI to the latest detail, then Android TV is the best choice for you.

Do you often stream YouTube or music (Spotify, SoundCloud, etc.) to your TV? If you also like to see your Android screen on TV when you’re playing Android games on TV, go for Android TV.

What’s your take on this? Share your thoughts in the comments below, especially if you’ve used both Roku TV and Android TV.