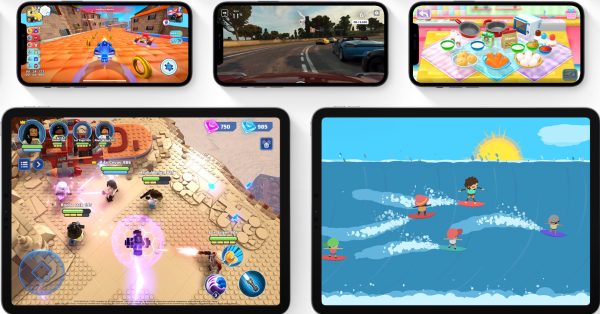 Did you sign up for Apple Arcade and are now looking for some cool games that you can play to recharge yourself? Read on to find the best Apple Arcade games you should play if you buy a subscription.

You might love playing the best iOS RPG games or the best puzzle games on iPhone or iPad. But two things bug you the most during exciting and challenging gameplay.

The first one is endless in-app purchases that aim to empty your pocket. And the second one is third-party app ad videos, which mostly show up when you play the free version of game apps.

Yes, you heard it right! Now you can play top and trending App Store games unlimited times via an Apple Arcade subscription.

Here are the best apps in the Apple Arcade subscription package:

What Is Apple Arcade?

Apple Arcade is a subscription plan for App Store. For $4.99 per month, you can play more than 200 premium games on App Store. You can also share the subscription with up to five family members if you’ve got the Family Sharing.

You can also enjoy the one-month free trial if you’re unsure about subscribing. Additionally, Apple is offering a three-month free subscription with eligible Apple Devices.

If you’ve bought an Apple device recently, you might’ve won a free subscription too. Check your eligibility on the Apple Arcade website.

Moreover, these game apps are not just for iPhone and iPad devices. You can also play some of these games on Mac and Apple TV.

NBA 2K23 Arcade Edition is an exclusive game app from NBA 2K franchise for the Apple Arcade platform. The game is compatible with Mac, iPhone, iPad, and Apple TV. Therefore, you can sync the gameplay on multiple devices.

Start the game from your iPhone when commuting, resume it on your iPad at school or home, and play on big-screen Apple TV on weekends without fuss.

The game app features 30 NBA players who are “Greatest of All-Time” from the recently ended 2021–22 NBA season or the 76th NBA Season. Some of the star players against whom you can play in the game are Luka Dončić, Devin Booker, Kevin Durant, and more.

That’s not all! You can also play against legendary players like Shaquille O’Neal, Kareem Abdul-Jabbar, and Michael Jordan.

Angry Birds Reloaded is yet another big attraction of Apple Arcade subscription. As a premium treatment for its subscribers, Apple will offer Daft Piggies as an exclusive episode. This enhanced episode will contain 30 new exciting levels.

You’ll experience the same classic slingshot action you saw in the Angry Birds game. However, this one will come with advanced features like unique characters, enhanced gameplay, amazing visual effects powered by Apple GPU, and endless recipes for destruction.

Its notable features are:

Looking for something different in racing games than grand theft auto? Try Sonic Racing with Sonic the Hedgehog. And there are 14 more charming characters like Miles “Tails” Prower, Shadow the Hedgehog, E-123 Omega, Silver the Hedgehog, Amy Rose, and more.

With this game, you get an immersive experience of the Sonic universe where characters team up online, play against opposite teams, set traps to defeat contenders, collect power-ups to boost the gameplay, and more.

The best features of Sonic Racing are as mentioned here:

If you’re into action sports, then you’ll love this skateboarding game app Skate City. If you think street skating is dangerous and want a virtual alternative, you can also try it out.

You won’t feel the difference between real skateboarding and Skate City because of its advanced 3D animation. Also, the game app efficiently uses several sensors of your iPhone or iPad device to deliver a closer to real-life experience.

You’ll get complete access to the skate shop where you can customize your skateboard and skateboarding moves, skills, etc.

Moreover, if you like streaming your gameplay online, you can use its built-in streaming tools. You can grab still images of jaw-dropping skating moves and instantly post them from social media handles to engage with your fanbase.

Sonic Dash+ is yet another one of the best Apple Arcade games from the makers of Sonic the Hedgehog.

It’s a mix of running and racing. Sonic the Hedgehog or other in-game characters run, dash, and jump through different landscapes full of hurdles and other challenges.

It’s an endless running game, so you keep running, dodge huddles, and collect gold rings as you sprint across sea beaches, paved ways, city roads, and so on.

Some of the best in-game features are:

In Mini Motorways, you become the master road planner to resolve the traffic problems of most congested metro cities. You must draw the roads strategically. The traffic in your city will keep increasing over time. Your road-laying expertise must resolve any upcoming congestion problem, or the traffic won’t be happy.

You must aim to keep the traffic moving all the time. To aid you, there’ll be upgrades like roundabouts, highways, etc. If you like a stress-free real-time strategy game (RPG), you’ll love this game where you can apply your thought process to resolve evolving issues.

PAC-MAN Party Royale is a retro-style arcade game with modern features like multiplayer, battle royale arena, PvP, and more. The battle royal event is a battle arena of four players. You can test your skills against global players through the multiplayer feature.

An exciting and challenging addition is the 256-glitch. The maze will collapse if no one becomes an evident winner soon enough. The safe area shrinks to a small compartment that can accommodate only one PAC-MAN, thus deciding the ultimate winner of the round.

Solitaire by MobilityWare+ is the advanced version of Solitaire, free for iPhone and iPad. It gives you the same thrill as the Solitaire card games you’ve been playing on Windows PCs.

However, the game isn’t compatible with your Mac or Apple TV devices. Its notable in-game functionalities are as outlined below:

Another best Apple Arcade game is Asphalt 8: Airborne+. It’s a must-have game for you if you’re a fan of the Fast and Furious franchise of racing movies. Asphalt has been one of the leading names for high-speed racing games with premium visual effects.

With the help of the Apple GPU in devices like Mac, iPad, and iPhone, you can take the racing game experience to the next level. Some of the notable attractions of this game app are:

You’ll learn how to create a traveling party, fill the wagon with supplies, start traveling riding the wagon, face unknown challenges on the road, and more.

Crossy Road Castle is an endless spinning tower game. Here you must climb up through various towers and buildings to earn points. Cooperative or multiplayer climbing is the new addition to this retro arcade game app.

The multiplayer mode is available online and offline. For example, you can use a gaming console to play with your friends by connecting multiple gaming controllers offline.

Alternatively, you can set up an online multiplayer gameplay where each gamer will play from their iPhone, iPad, or Apple TV. Currently, Apple didn’t make this Apple Arcade game available for Mac.

Don’t forget to comment below if you’ve found another game app on Apple Arcade worth mentioning.