If you set a lock screen on your Android device, the PIN entry screen will then feature an Emergency call button toward the bottom of the screen. The button will enable anybody who grabs the phone to at least be able to dial 911 in the case of an emergency without needing to enter a PIN or lock pattern. This may concern some Android users because of the fear of accidentally dialing 911. This was a fear of mine. I thought I’d eventually end up accidentally hitting that button at three o’clock in the morning and wake up 30 minutes later find the police swarming my house. I decided to remove the lock screen just in case. But this is bad for the security of the device.

Note: This post is about the Emergency Call button on Android devices. If you want to know about a message on your phone that says, “Emergency Calls Only”, see our post about that here. 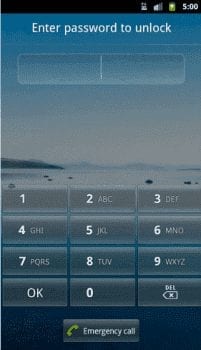 On most Android devices, the “Emergency call” button only brings up the dial pad and doesn’t automatically dial 911 when you press it. You have to press “Emergency call“, then press 9-1-1 for it to do anything. However, on many older phones and in some older versions of the Android OS, this isn’t true. In some rare instances, some Android devices actually do dial 911 when you press the button, or at least populate the phone number with 911.

My child keeps dialing 911. How do I prevent this from happening?

Some phones like the Samsung Galaxy series has a kid mode that hides dialing behind a PIN. For other phones, there are apps like Kids Place you can use. There are ways of getting out of these apps though and still provide some risk that your kid might dial 911.

The best advice would be to keep your phone out of the reach of your child and perhaps consider buying them an iPod Touch, or other similar device that cannot make calls.