You are only a few paragraphs away from finding a solution to the screen overlay error many Android users have to deal with. You’ll see what basic fixes you can try and what could be causing this issue.

You will get this message when you have quite a few floating apps enabled and just started using a new one. The problem also arises when a display overlay causes some type of interference with the dialogue requesting permission. What other possible causes could there be?

One possible reason as to why you’re getting this error could be due to a compatibility issue with another app. You can narrow down the offending app by seeing if there is a bubble on your screen. If there is, that could be the app could be the culprit. 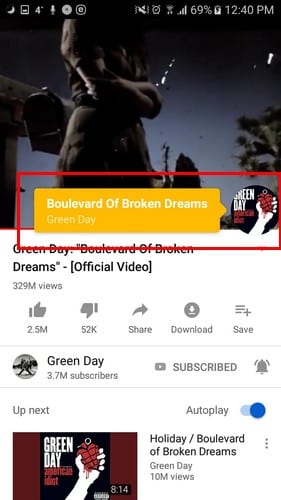 An app that has also been known to cause this issue is Clean Master. If you have it installed, it’s best that you disable it. Apps that can make color and brightness changed to your device can also be responsible.

Sometimes no matter how much you try, you just can’t seem to figure out what is causing this error. In that case, you can deny the screen overlay permission to all apps, I’ll show you how you can do that in the section below.

Samsung users have also claimed that the one-handed keyboard is also known to cause this kind of problem. In the following section, you will know how to turn it off.

After fixing the error, try not to download apps that are not from Google Play. The reason is that these kinds of apps contain concealed commands that go fo your data and when you give the app you just installed overlay permission, you get the error.

How to Fix Screen Overlay Problem 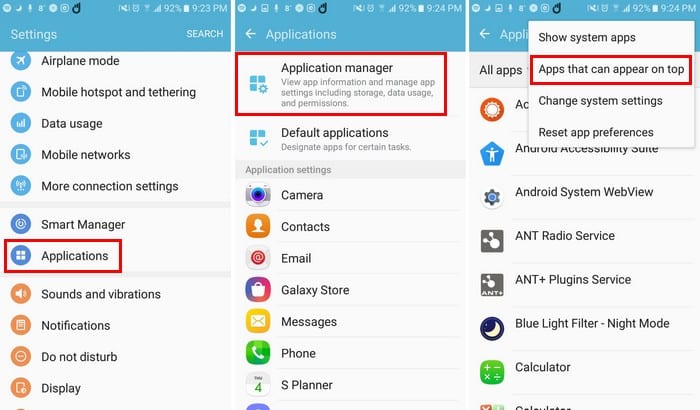 If you are running on Android Oreo go to Settings > Apps & notifications Advanced > Special app access >  Display over other apps > select offending app and toggle off the permission. 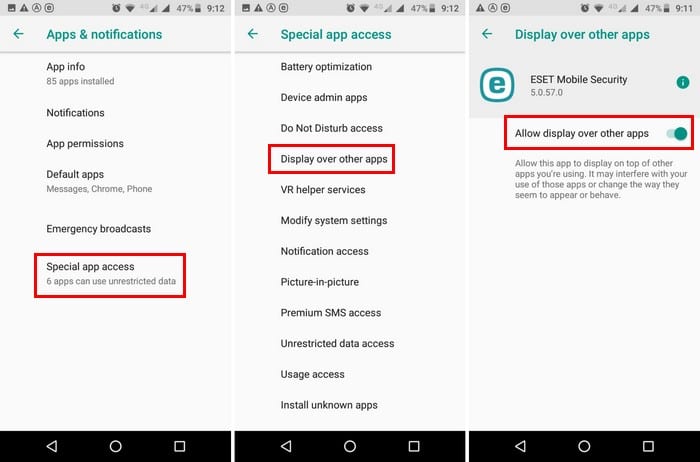 You can try to turn this permission off for all apps and only turn it on for the app you recently installed. Launch the app you just used to see if the error doesn’t appear this time.

If you don’t want to toggle the permission off for all the apps, turn it off for the apps you have only been using recently and relaunch the new app. You can also only enable the overlay permission as needed, I tried this last tip when I had to deal with the issue, and it worked for me.

How to Disable One-Handed Keyboard for Samsung Devices

As I mentioned earlier, many Samsung Users the one-handed keyboard as also been known to be the culprit. To turn it off, go to Settings > Advanced Features > One-handed operation. 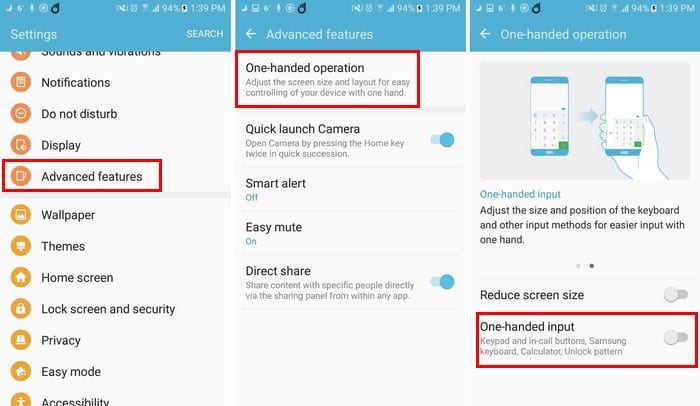 Drastic times call for drastic measures. If all else has failed, you can also try resetting the app preferences. You can do this by going to Settings > Applications > App Manager > More (top right) > Reset app preferences. 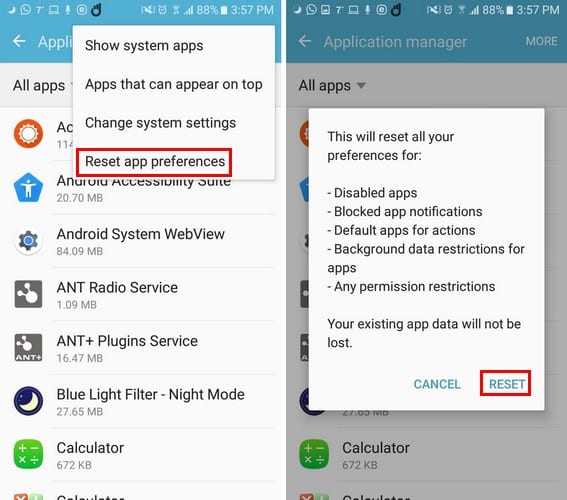 What this option will do is restrict any app permissions, disable apps, reset default apps for actions, and reset and background data restrictions for Apps. Not to worry, your current app data will not be erased.

The screen overlay error is an annoying one, but it’s not one that can’t be fixed. Have you had to deal with this error frequently? Let me know in the comments below.